Job Training Is More Effective When Educators, Government, and Industry Work Together 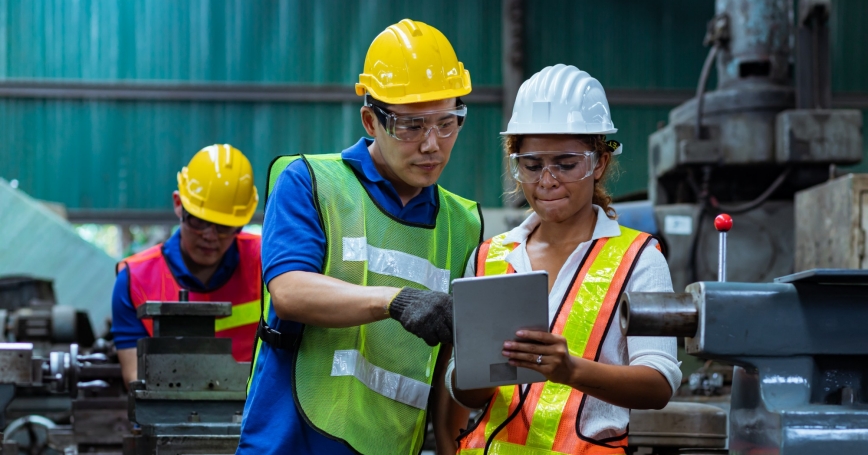 Congressional debate over a first $580 billion infrastructure bill forced its focus onto roads, bridges, and wiring, and away from job training and workforce development. Renewing our nation's physical infrastructure is crucial. At the same time, expanding the “middle-skills” sector of the labor force—jobs that require additional training after high school, but not a bachelor's degree—is essential to rebuilding the American middle class.

The share of total income accruing to the middle 60 percent of the U.S. population has steadily decreased from around 53 percent in 1969 to 45 percent in 2019. Middle-skills development, if done right, has the potential to increase upward economic mobility for millions of families.

We've been studying middle-skills workforce development in Louisiana and the Appalachian region for years, and one thing we've seen repeatedly is that government, educators, and private industry all have to collaborate to make programs successful. The 2014 Workforce Innovation and Opportunity Act put stronger emphasis (PDF) on building these ties between colleges and employers, but our research has found that this is still a work in progress.

Too often, it is industry that is not involved. In a study of the oil and natural gas industry—a technical field that would benefit highly from such partnerships—our colleagues at RAND found that only 8 percent of surveyed employers forecast their future job vacancies and communicated that to local colleges. Among the colleges surveyed, about half had no partnerships with employers to guide creation of relevant curricula or instruction.

Middle-skills development, if done right, has the potential to increase upward economic mobility for millions of families.

Without this information, educators may be training for the labor market's demands of the past. They may be overemphasizing technical skills, even as industry is asking for a combination of technical and general business skills (communication, problem solving, time management) from new hires.

It is critical that industry, educators, and government are all engaged—but any of those parties can effectively lead the effort. For instance, the City of New Orleans oversaw a set of training programs for adults (funded by the U.S. Department of Labor) that included both educational providers and industry partners. It led to higher earnings for participants and positive returns on investment for the government. It also improved markedly over a few years as city and training providers learned the best approaches for recruitment, applicant screening, and industry partnerships.

The Louisiana Department of Education led an effort in high schools to develop better graduation pathways, including to middle-skills jobs. Educators worked closely with the government under the Perkins Act (which provides funding for career, technical, and vocational education) and with local employers to identify the skills needed locally and build high-quality certification programs that gave students a marketable credential upon graduation. School officials there reported that the vocational program—called Jump Start—was most effective when local employers were actively engaged.

It was Chevron, with several private foundations, that led the Appalachia Partnership Initiative. It led to STEM teacher training and workforce development programs across a tristate region—Ohio, West Virginia, and Pennsylvania—around Greater Pittsburgh.

The United States is facing economic gaps wider than have been seen in a century. To keep the nation economically strong and able to provide middle-class lifestyles to its citizens, educators, government, and private industry need to work together to shape jobs training opportunities.

Matthew Baird is an economist at the nonprofit, nonpartisan RAND Corporation. Shelly Culbertson is a senior policy researcher at RAND.