The Power and Limits of Threat: The Caesar Syrian Civilian Protection Act at One Year 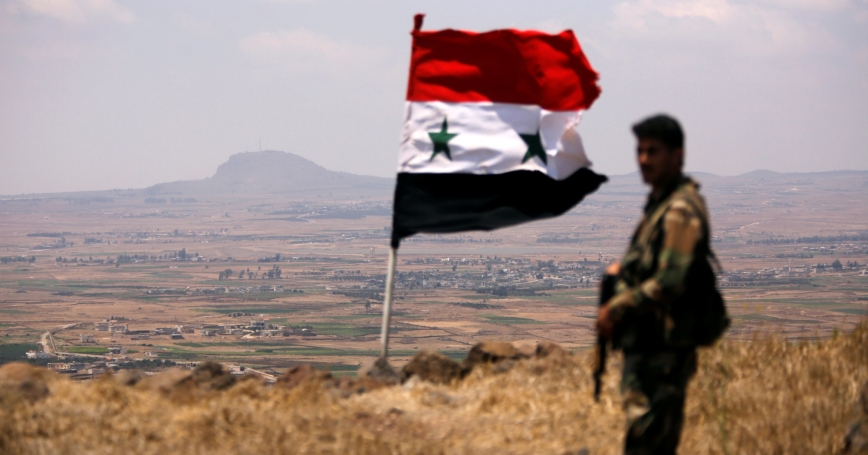 A powerful new U.S. sanctions law on Syria came into effect one year ago, with great notice and speculation regarding its potential effects.

With possibly up to 600,000 dead, more than half the country displaced, with many of them never to return home, a collapsed economy, and gross human rights violations, the war has been a disaster for the Syrian people and neighboring countries.

Called the Caesar Syrian Civilian Protection Act and named after an anonymous Syrian military police photographer who had defected with 53,000 pictures of victims of torture by the regime of Syrian leader Bashar al-Assad, the sanctions law took effect June 17, 2020. One Syria specialist termed it “the most wide-ranging U.S. sanctions ever applied against Syria.” It appealed both to Syria hawks by getting tough on Syrian ruler Bashar al-Assad and to humanitarians by elevating the rights of the Syrian people. Indeed, it had numerous provisions to ensure that humanitarian aid could keep flowing smoothly.

Despite its limited application, the Caesar Act has had significant influence on the Syrian debacle and Assad's ability to claim complete victory.

Despite its limited application, the Caesar Act has had significant influence on the Syrian debacle and Assad's ability to claim complete victory for two reasons—the ability of the United States to target entities globally and the fact that the sanctions are mandated by law.

First, the law mandated sanctions on anyone providing support to the Syrian government and senior political figures, supporting the Syrian oil and gas industry, providing military aircraft or parts, and providing construction or engineering services directly or indirectly to the Syrian government. Beyond that, it mandated sanctions on anyone effectively doing business with a person or entity designated under other Syria-related authorities, broadening its application.

Its effects have been more wide-ranging than degrading ATMs. Its real targets were the new oligarchs who have risen around the Assad regime and were both enriching it and being enriched by it.

The law has been used so far to make it harder for Assad and his networks to profit from reconstruction activities, some of which involve land taken from displaced Syrians. It is now a major obstacle to investment in Assad-controlled areas of Syria by other Arab countries, such as the United Arab Emirates and Saudi Arabia—countries with the capital and business acumen to spur reconstruction. Doing so would enrich and empower Assad because they necessarily would have to deal with his networks to make their investments.

Second, while U.S. sanctions are often put into effect by a presidential action called an executive order, such action is easy to reverse. Reversing laws is far more difficult. And the Biden administration has expressed its determination to implement the law.

As of June 2021, one year after the Caesar Act and 10 years after sanctions by multiple countries were first initiated, Syria is a frozen conflict, with the country divided, three foreign powers and an external militia engaged in the civil war (Iran, Russia, Turkey, and Lebanese Hezbollah), a separatist militia (Syrian Kurds) under U.S. protection, and two foreign powers engaged in counterterrorism or self-defense activities (the United States and Israel).

Sanctions tend to be the go-to solution when the United States wants to do something but shies away from higher-risk or higher-cost alternatives. As a prelude to more decisive action, sanctions can play an important part in effecting change. And the most powerful sanctions designations are sometimes those that do not happen, those that are maintained as a threat rather than a reality. But on their own, sanctions rarely achieve their ostensible objective. And no matter how closely targeted, their impact tends to fall most heavily on the population as a whole.

On their own, sanctions rarely achieve their ostensible objective. And no matter how closely targeted, their impact tends to fall most heavily on the population as a whole.

Such is the case with the Caesar sanctions. So far, they have not forced reform and have hurt the Syrian people, the desired beneficiaries, but the war, the meltdown of the Lebanese economy, and Assad's own actions have hurt far more.

The U.N., the United States, the European Union, and others have outlined a way out: A Syrian-led and Syrian-owned political transition to a more inclusive form of government with a new constitution and free and fair elections. With the support of Iran and Russia, Assad has seen no need to budge, nor have his supporters—Russia in particular—seen any reason to help him accept this need, despite the cost to the Syrian people.

Some analysts have suggested alternative paths forward, for example, by exchanging limited sanctions relief or assistance for limited reforms while still pursuing war crimes prosecutions. But Assad would be the main target of such prosecutions, given the use of chemical weapons, the bombing of civilian health facilities, widespread torture, and the use of barrel bombs, limiting his desire to compromise.

This leaves the West, and in particular the Biden administration, with a set of bad choices. Among these are to wait and see if further developments in the war force Assad out or force him to accept change, ease up on sanctions in exchange for reforms if possible, or remove the war-related sanctions, accept an Assad victory based on atrocities, and allow others to help reconstruct the country.

Given Syria's low priority among U.S. policy challenges, the low cost of the conflict to the United States, and the Assad government's crimes, wait-and-see seems the most likely U.S. policy for now. But at some point, a decision will be needed, and as with many difficult foreign policy problems, the best may be only the least-worst option.

Howard J. Shatz is a senior economist at the nonprofit, nonpartisan RAND Corporation.

This commentary originally appeared on RealClearDefense on July 7, 2021. Commentary gives RAND researchers a platform to convey insights based on their professional expertise and often on their peer-reviewed research and analysis.