Why Are U.S. Veterans at Heightened Risk of Food Insecurity? 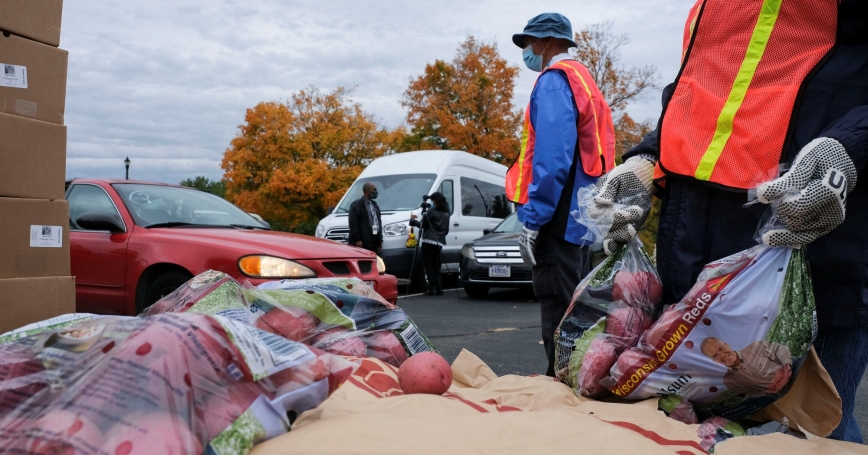 by Tamara Dubowitz and Andrea Richardson

Last week, with Thanksgiving approaching, U.S. Secretary of Defense Lloyd Austin announced (PDF) a 90-day review of economic strains on military families, including the pressing issue of food insecurity. The National Defense Authorization Act bills in the House and Senate both proposed a “basic needs allowance” to make sure active-duty service members' income is high enough to feed their families.

U.S. veterans, however, are also at great risk of food insecurity. There is limited understanding of exactly how many veterans lack resources to attain adequate and nutritious food and why. And addressing this problem for veterans likely won't be as simple a solution as the increased allowances that may help those still on the Pentagon payroll.

Estimates of food insecurity among veterans from before the pandemic varied widely, from 6.4 percent to 24 percent. That highest figure would be more than twice the rate of food insecurity of the general U.S. population. A recent U.S. Department of Agriculture analysis (PDF) looked at data between 2015 and 2019 and found that 11.1 percent of working-age veterans lived in food-insecure households, and 5.3 percent lived in households with very low food security, meaning at least some people in the household were missing meals or eating less than a full meal. Anecdotal reports suggest COVID-19 only made things worse.

Between 2015 and 2019, 11.1 percent of working-age veterans lived in food-insecure households, and 5.3 percent lived in households with very low food security.

The RAND Epstein Family Veterans Policy Research Institute last summer highlighted research into particular subgroups of veterans who have a heightened risk of being food insecure. Among all veterans, it was those who are younger, recently left active-duty military service, and have a lower final military paygrade that are at a higher risk of food insecurity. Female veterans, those who served in the Afghanistan and Iraq wars, as well as veterans who are disabled, suffering serious mental illness, or who have experienced homelessness also have higher rates of food insecurity.

Further, the USDA research found that among 18- to 64-year-olds, veterans are 7.4 percent more likely (PDF) to live in a food-insecure household than nonveterans. At the same time, veterans use food assistance programs like SNAP at lower rates than civilians. There is a need for more research to understand what the barriers are to participation for veterans specifically.

Generally, we know that food insecurity is intertwined with complex socioeconomic and health-related factors, including a lack of affordable housing and chronic and acute health problems. In the United States, there is greater risk of being food insecure among non-white households, households with children, individuals who live alone, and those with lower levels of income and education. Levels of food insecurity also vary by where one lives: They are generally lower in suburban areas, and higher in the South and Midwest than in the Northeast and West.

There are efforts to reduce food insecurity among veterans, such as the Ensuring Veteran Food Security Workgroup, in collaboration with the U.S. Department of Veterans Affairs. But not all veterans are eligible or opt to receive assistance through VA. If resources are to be directed more effectively, the United States needs better clarity into the magnitude of the problem, including populations and regions most affected.