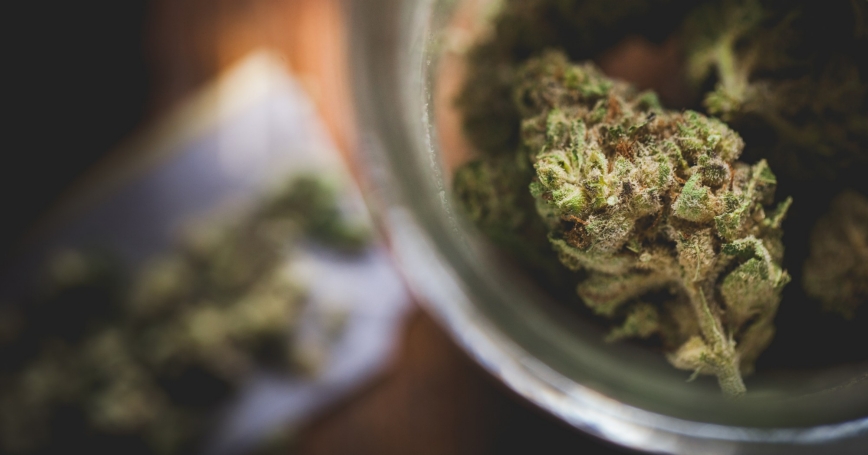 The new 'traffic light' coalition comprising the centre-left Social Democrats (SPD), the Greens and the liberal Free Democrats (FDP) recently agreed to regulate the sale of cannabis to adults for recreational purposes in licensed shops. In taking this step, Germany would join a wave of cannabis reform initiatives that has swept the globe. However, international experience has shown that great care is needed in how cannabis policy is shaped.

While the Netherlands had long been considered a front runner in terms of its liberal drugs policy, it has now been left behind. Canada and Uruguay have legalised marijuana in recent years as well as a number of U.S. states such as Colorado, Oregon, and Washington. And last month, Luxembourg announced it would legalise the production, sales, and consumption of cannabis too, becoming the first European country to do so.

The rationale underpinning many of the reforms is based on an analysis of societal costs. Cannabis policy entails an inevitable trade-off between the costs of law enforcement, the costs to the judicial system, and the societal harms of drug-related crime on the one hand and the costs to the public health system of problematic cannabis consumption on the other. Since the societal costs of cannabis tend to be dwarfed by those of alcohol or tobacco, there is a case to be made for legalisation.

However, reforming cannabis policy does not involve a binary choice between prohibition and legalisation. The Ampel coalition will be confronted with many design considerations that will ultimately determine the health, safety, and social equity outcomes of the policy. Germany may have to proceed cautiously in considering these design parameters, taking into account the models devised in other countries.

Reforming cannabis policy does not involve a binary choice between prohibition and legalisation.

For instance, the entire supply chain for cannabis, is crucial. The situation in the Netherlands has shown that regulating only one part of the market can have unintended consequences. The Dutch policy of decriminalising consumption and tolerating the existence of commercial retail sales in so-called coffee shops has been more or less successful in its aim to separate the markets for hard and soft drugs. However, this policy has indirectly contributed to the Netherlands becoming a major producer of herbal cannabis, a transit hub for cannabis resin, a destination for drug tourists, and a preferred home for drug syndicates.

Although the consumption and sales of cannabis have been regulated, production and distribution of the product remain illegal in the Netherlands. As there are no legal growers, coffee shop owners have no choice but to stock their supply through the illegal market. The delivery through the back door remains unregulated and, as a consequence, the policy continues to support illegal drug trade.

Many proponents of legalisation refer to Colorado or Washington as a blueprint for regulation. However, Germany needs to be careful following the policies of these U.S. states too closely. For-profit companies have been allowed to enter the market creating a lucrative marijuana industry with thousands of jobs. In this model, firms tend to cater to their most profitable consumers—heavy users. This could have serious implications for rates of cannabis use disorder and public health, since research has shown that persistent heavy cannabis use is associated with serious health risks, such as cognitive and psychiatric disorders.

Policymakers may know from experience that once economic interests are involved, it is very difficult to make changes in policy design. While many cannabis business owners are undoubtedly responsible entrepreneurs, the tobacco and alcohol lobby has shown that the public interest does not always prevail in these industries.

The coalition could also consider the types of products to be allowed under the new regime. The illegal cannabis market is traditionally dominated by herbal cannabis (weed) and cannabis resin (hash). But in the United States, many other product types, such as edibles, THC-infused beverages, and extracts for inhalation, like vaporiser pens, oils, and waxes, entered the market after legalisation. Unfortunately, there is very little known about the health consequences of many of these products.

Price considerations may be important as well. Although licensed growers will have to pay taxes and pay for energy costs, the cannabis price under the proposal will probably fall. Regulation means producers no longer need to hide or be compensated for their risk of arrest or incarceration and that growers can create economies of scale by reducing their production costs (per gram cannabis), similar to what happens in regular agricultural sectors. Such cost savings can be passed on to consumers. The retail price of cannabis in Colorado and Oregon decreased significantly after legalisation.

But in Canada, on the other hand, a year following the introduction of legal cannabis, its price had gone up to about double the price of its illegal equivalent, which in turn had dropped in the meantime. Some argue that strict requirements for obtaining licences to sell legal cannabis products caused considerable issues around ordering, delivery, and product availability. As consequence, Canada struggled to offer enough supply of cannabis for the legal market.

A 10 per cent decline in price could lead to a 4 to 12 per cent increase in cannabis consumption, with heavy users being the most price sensitive.

If the price in retail shops drops after regulation, then demand from cannabis users is likely to increase. A small body of research suggests that a 10 per cent decline in price could lead to a 4 to 12 per cent increase in cannabis consumption, with heavy users being the most price sensitive. If the price at the counter is too high, street trade is likely to thrive.

And cannabis users are critical consumers too. They have specific preferences regarding the smell, taste, strength, and effects of their product. Not being able to offer the right variety of marijuana products could easily drive consumers to the illegal market. Statistics Canada estimated that after one year, about 75 per cent of cannabis users still use illegal cannabis.

It is therefore important that a new cannabis policy is well thought through and that price and sales in the legalised and illegal markets are monitored closely. Small steps may be best, allowing, when necessary, adjustments to be made over time. Early experiences with cannabis legalisation in the United States suggest that it is extremely difficult to make trade-offs in favour of public health once the genie is out of the bottle.

Stijn Hoorens is a senior research leader at RAND Europe whose work focuses on issues relating to crime, security, and illicit markets.

A version of this commentary originally appeared on tagesspiegel.de on December 3, 2021.