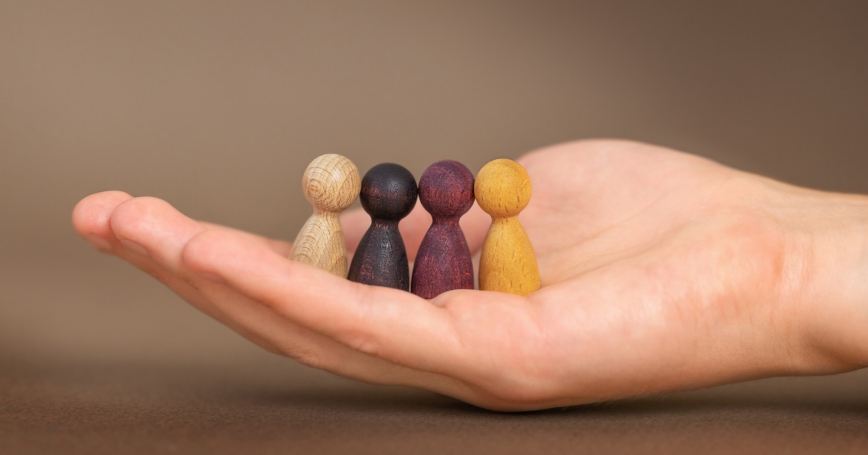 by Douglas Yeung and Lu Dong

What do a Hmong service member, an Indian student and a Korean Midwesterner all have in common? From a public health perspective, they are all the same: Asian American.

Health data have historically lumped all Asian American people together, obscuring distinct health disparities and leaving vulnerable communities neglected by researchers and policymakers. Asian American communities are essentially averaged-out into invisibility: Good health for some masks poor health for others.

For instance, in July 2020, the Los Angeles Times reported on the alarming and disproportionate rate at which Filipino Americans, many of whom are health care workers, were dying of COVID-19 in California. The state is home to a majority of the country's 4.2 million Filipino American population. At the time, the group accounted for at least 35 percent of COVID-19 deaths among Asian Americans in the state, and that translated to a 40 percent mortality rate for Filipino Americans compared to the national 3.7 percent death rate.

But that's just one state, and it happens to be where, in 2016, a law was passed to disaggregate or break down Asian American health data. Without a push to make this a federal standard, we won't have an accurate picture in the Centers for Disease Control and Prevention's race/ethnicity data, which show few Asian American deaths relative to their proportion of the U.S. population.

Asian American communities are essentially averaged-out into invisibility: Good health for some masks poor health for others.

This is bigger than the pandemic. Over the years, studies have shown that Filipino Americans are at greater risk for chronic conditions like heart disease, but clinical guidance from the American Heart Association—the country's oldest and one of the most trusted sources for health guidelines—makes no mention of elevated risk among this group.

Absent this knowledge, how are doctors or public health officials to provide adequate treatment or broader guidance?

Coupled with a health data system that is decentralized and lacks accurate information about minority or vulnerable groups, the absence of disaggregated data creates an even bigger gap in our public health system. This prevents researchers from uncovering these uneven disease burdens—as does a lack of funding.

Over the past three decades, less than 1 percent of the National Institutes of Health's research budget funded studies on Asian Americans, Native Hawaiians, and Pacific Islanders, even though for decades these were the fastest-growing racial groups and they now collectively make up about 8 percent of the U.S. population.

The “model minority” myth, which has long perpetuated the idea of Asian Americans being shining examples of success stories and a polite group that should be seen but not heard, appears to spill over into other facets of life—inaccurately suggesting that their health doesn't require significant attention.

It often gets ignored how harmful stereotypes—like Asian Americans looking alike, being perpetual foreigners, or being better suited for technical roles than for leadership positions—insidiously harm public health when they are codified into data.

Being one of the smallest racial minorities in the United States also means that Asian Americans' well-being is too often deprioritized.

Even before COVID-19 or the ongoing surge in hate crimes against Asian Americans, community groups began pressing for disaggregated data. Early in the pandemic, the Asian & Pacific Islander American Health Forum urged Congress to improve ethnic data collection to “equitably respond to this crisis.” Last summer, we were part of a RAND Corporation team that conducted interviews about anti-Asian racism with 20 community organizations.

It often gets ignored how harmful stereotypes insidiously harm public health when they are codified into data.

Multiple interviewees pointed out, with evident frustration, that—to counter stereotypes such as the model minority myth—nuanced information about Asian Americans has been sorely needed for decades. Without it, vulnerable subgroups remain at a disadvantage, such as Filipino Americans during the COVID-19 pandemic. Asian Americans seem to have to continually prove that they are victims of racism, they said, and their needs are often pitted against those of other racial or ethnic groups.

What would be needed to construct a fuller representation of Asian American communities and their well-being? To start, health agencies, philanthropies, and other institutions could dedicate greater resources to collection of granular data. The Robert Wood Johnson Foundation recently announced $50 million in new funding to implement the recommendations—including data disaggregation—from its national commission to improve public health data. This is a good start, but many grassroots groups that work closely with specific Asian American subgroups would be likely to need sustained funding to build systematic data collection capacities.

In the wake of recent anti-Asian hate crimes, Asian American business leaders, celebrities, and new groups, such as the Asian American Foundation, have begun to speak in a unified voice to demand, among other things, data disaggregation. But the strongest force for disaggregated data, paradoxically, may come through unity—that is, linking the struggle of Asian Americans to be fully and accurately seen with one another and with the struggle of other minorities and underserved groups (PDF).

Douglas Yeung is a social psychologist at the nonprofit, nonpartisan RAND Corporation. and a member of the Pardee RAND Graduate School faculty. Lu Dong is a behavioral and social scientist at RAND.

This commentary originally appeared on NBC News THINK on December 13, 2021. Commentary gives RAND researchers a platform to convey insights based on their professional expertise and often on their peer-reviewed research and analysis.