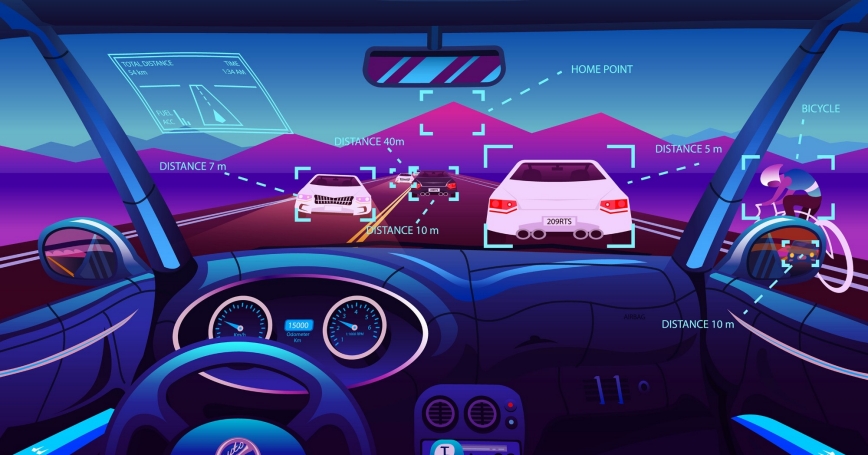 by Laura Fraade-Blanar and Brian A. Jackson

Automated Vehicle (AV) safety isn't a game. But when policy problems involve many different groups with diverging interests along with significant uncertainty about the future, games can be a valuable way to explore the potential consequences of important policy decisions.

The AV industry is serious business and big business; it's valued at over $54 billion and the belief that the technology is safe is a major factor contributing to the industry's worth. Today the field's foremost questions are how is AV safety performance measured, and what benchmark or level of safety performance must be achieved to allow commercial deployment? These questions are being considered by AV companies, safety advocacy groups, industry groups, and safety regulatory bodies such as the National Highway Traffic Safety Administration and the United Nations Economic Commission for Europe.

Figuring out how to “keep score” for safety as AVs are deployed could be critical—since what is tracked and how it is measured could strongly shape the strategies of the many companies seeking to innovate in this new technology area. But measuring and creating benchmarks for AV safety have no clear-cut, agreed-upon pathway forward. This is partially because there is little to no real-world data, differing views between and within stakeholders, considerable uncertainty as to what different answers would actually lead to, and partially because traditional methods used in the transportation safety field (e.g., computer simulation, crash tests using dummies to establish force thresholds for injury, etc.) do not work in this context.

Wargaming has long been used to solve these types of problems in the military. The nonprofit RAND Corporation was a pioneer in this area in the 1950s, when it held politico-military crisis games to study nuclear deterrence. Traditional military wargames where players move tanks or ships around on maps to test different strategies or the implications of new weapons or tactics are central in military planning and education to this day. More recently, military wargaming has taken on more complicated conflicts that may look very different than what most people think about war, such as a recent examination of “gray zone” tactics that Russia might use in the course of conflict.

As recognition of the value of gaming spread, RAND and others began to use it in areas far removed from problems of the battlefield starting in the 1970s. Among these were a game on school budgeting, one looking at stakeholder reactions to cybersecurity crises, and one building capabilities at the community level to deal with climate change. To contrast them with games played “just for fun,” these games are often called serious games, mirroring the importance of the issues they are designed to explore. Playing them can involve a small group of experts or a wide range of stakeholders with varying levels of expertise, and span hours or days. Within the structure of the game—essentially a parallel world where policies, ground rules, incentives, and other factors can be tweaked in different ways—the players contest with one another, make choices within the game's “rules” that reflect their goals and interests, and the potential to win or lose creates stakes that shape players' incentives and behavior.

Sometimes serious games are directly adversarial, where individual players can only win by causing their opponents to lose. But—as is the case in the real world—games can be collaborative as well, or combine elements of collaboration and competition. And sometimes it is possible for more than one player to “win,” facilitating exploration of policy areas where compromise, consensus, or even collaboration may not just be needed for one player to succeed, but might be in everyone's interest.

What could gaming bring to the area of AV safety? Like other complex and uncertain policy areas that have benefited from gaming, developing effective national safety approaches requires addressing the concerns of many stakeholder “players” with their own goals whose decisions could affect the viability of the industry as a whole. Decisions on safety rules and regulations will define the “rules of the game” that companies and the government will play by as these vehicles are deployed on the road, and serious games could allow playing out the implications of different rules before the real world consequences come into play. Although games can be useful at all levels of autonomy they may be particularly informative for more advanced technologies spanning partially to fully autonomous vehicles.

Gaming as a tool could help do several things to advance policymaking in AV safety:

Gaming as a tool could help do several things to advance policymaking in AV safety. Games can teach, test strategies, and explore uncertainty.

Like many technological areas, the automated vehicle industry has supported its own rapid innovation by drawing on and borrowing tools from other disciplines, including artificial intelligence, graphic design, occupational safety research methods, and universal design. For building and innovating safety approaches to manage the roll out of these technologies onto the nation's and world's roads, gaming is yet another tool the AV industry can borrow to develop the needed safety approaches and regulations going forward.