Why China Is Intensifying Its Military Flights Against Taiwan 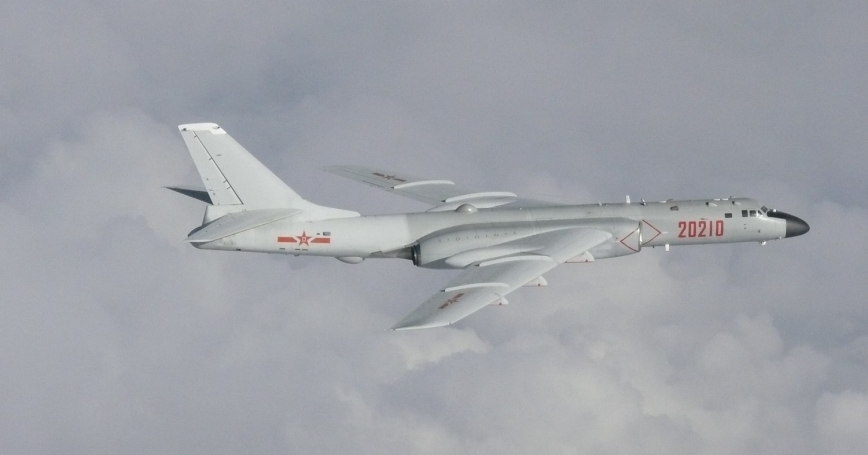 Photo by Japan Air Self-Defence Force released by the Joint Staff Office of the Defense Ministry of Japan, July 23, 2019/Handout via Reuters

Although highly provocative, it was in many respects just another day in January. For the whole month, Beijing only refrained from threatening Taiwan by air on a handful of days. And this month, Beijing has already conducted several incursions with fewer aircraft.

From 2020 to 2021, Chinese sorties more than doubled to 950 last year at the stunning average of 2.6 flights per day. During the first four days of October, Beijing sent nearly 150 flights against Taiwan, 56 of them on Oct. 4, the current single-day record.

But Jan. 23 stands out because of the popular explanation for what drove them: that Beijing was reacting to U.S.-Japan carrier strike group exercises just south of Okinawa, near Taiwan. There is, however, no evidence from Beijing to support this theory beyond timing. Other reasons could be equally valid.

For example, later that same week, Taiwanese Vice President William Lai was scheduled to transit through the U.S. en route to the presidential inauguration in Honduras. China strongly opposes Taiwan having diplomatic relationships of its own, so could Beijing have been responding to this upcoming event instead?

To be sure, Beijing probably ties symbolic events to flights and uses them in response to perceived slights from Taiwan or the U.S. and its allies and partners.

A notable example of the former was China's unprecedented number of flights beginning on Oct. 1, which doubled as the 72nd anniversary of the founding of the People's Republic of China. An example of the latter may very well have been Jan. 23, though there seem to be competing potential explanations as well.

Chinese warplane activity around Taiwan rarely has a clear single driver. Instead, there are several factors that should always be considered as one or more are nearly always in play.

Above all else, China seeks to deter Taiwan from moving toward, or in a worst-case scenario, officially declaring independence. Since Taiwanese President Tsai Ing-wen's election in 2016, and her reelection in 2020, Beijing has viewed her with deep and abiding suspicion.

Most significantly for Chinese leaders, she has refused to reaffirm the 1992 Consensus—an alleged agreement that China and Taiwan are part of “One China” as her predecessor from the opposition party, Ma Ying-jeou, had done. Beijing has responded over the past six years with stepped-up pressure on all fronts, most visibly military pressure, to cow the island into submission.

Beijing clearly also wants to coerce Washington away from pursuing closer ties with Taipei. This is a tall order.

U.S.-Taiwan relations are perhaps the strongest in their history and only continue to improve, especially in the security realm. After the unprecedented number of flights last October, China's state-run editorial outlet the Global Times cited the small contingent of U.S. military trainers in Taiwan as justification “to carry out military strikes against them at any time.”

Beijing probably wants military flights to result in a downgraded U.S.-Taiwan partnership but the reality is that it is precisely Chinese military threats that are deepening and expanding cooperation.

Beijing probably wants military flights to result in a downgraded U.S.-Taiwan partnership, but the reality is that it is precisely Chinese military threats that are deepening and expanding such cooperation.

Chinese sorties further offer opportunities for the military to engage in realistic practice deemed vital to prepare for wartime operations. Beijing's military literature routinely highlights the need for its forces to train under “real combat conditions,” and Taiwan's ADIZ would certainly be a future contested airspace.

Conducting large-scale air operations, and particularly those including different types of advanced assets, is a way to improve not only coordination across the air force but unity with China's naval, ground and space assets as well.

By carrying out warplane drills against Taiwan, Chinese leaders also continue to cultivate a narrative within China that Beijing is well in control of the Taiwan situation. Chinese social media outlets, such as Weibo, are replete with nationalistic and jingoistic references to Taiwan, suggesting the Chinese population might prefer aggressive action to less-visible forms of countering perceived separatist forces on the island. To some extent, Beijing cannot ignore the public relations aspect of military flights.

Finally, China seeks to establish a new normal for Taiwan in which the high operational tempo of Chinese warplane flights is not diminishing anytime soon and only scaling up. This is a form of gray zone warfare, which is predicated on winning wars without firing a shot.

Repeated and large-scale Chinese sorties are meant to convince Taipei that it is not only losing control over its ADIZ but also that it can no longer deter Chinese warplanes from crossing the long-standing median line dividing the Strait. Most alarmingly, Chinese military flights force Taipei to question whether it can protect Taiwan's territorial airspace itself. Keeping up with this new normal has real consequences for Taiwan.

Taiwan's decision to intercept all Chinese flights has surely resulted in pilot fatigue and equipment maintenance challenges. Beijing has also inserted significant uncertainty into its air operations, making it less clear whether each new series of flights is an actual invasion or simply more saber-rattling. The goal is clear: Get Taipei to simply quit defending itself in the face of overwhelming disadvantages.

In the future, observers of Chinese military flights might keep in mind these potential drivers. A single explanation typically will not suffice, but multiple drivers considered together could offer a clearer picture.

This commentary originally appeared on Nikkei Asia on February 20, 2022. Commentary gives RAND researchers a platform to convey insights based on their professional expertise and often on their peer-reviewed research and analysis.