The Will to Fight in the Age of Social Media 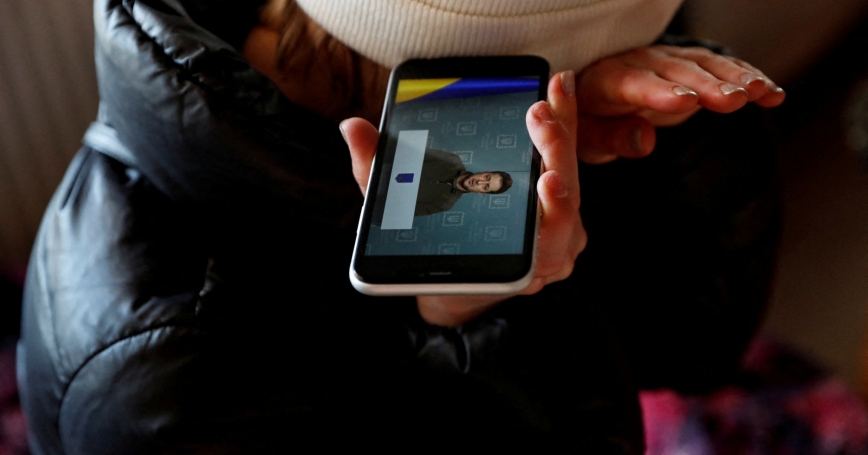 A Ukrainian woman in a refugee shelter listens to President Volodymyr Zelenskiy's speech on her phone, Beregsurany, Hungary, February 28, 2022

Russia's invasion of Ukraine hasn't gone as expected—instead of rolling across the country in a few days, unexpectedly stiff resistance from Ukraine's military—and civilians—has confounded Russian military leaders. It appears that the Kremlin, and many Western analysts, underestimated Ukrainian military capacity, but even more important, their will to fight.

RAND research on will to fight at the tactical and operational level of battle, as well as at the geopolitical level of nation-states, has argued for the importance of understanding will to fight: the most important factor in war, but also the least understood.

Many people equate will to fight with morale, but it's much more than that. Other factors like leadership, training, ideology, cohesion, control, competence, and support all contribute. Right now, we are watching the decisive role these human factors play in war, street by street as Ukraine's military, people, and political leaders have committed to staying in the fight against what appeared to be insurmountable odds. This willingness to stay in the fight has flipped the script, helping galvanize world opinion and putting pressure on Russia's will to fight, both in the field and on the homefront.

Information—stories and images—has always played a powerful role in shaping and sustaining the will to fight. But in an age of social media, the sheer volume of that information and its ubiquity and speed of transmission can both amplify its power and create challenges for government leaders: Quantity has a quality all its own.

Social media messaging has played a decisive role in bolstering Ukraine's will to fight. Hall of Fame boxer and Kyiv Mayor Vitali Klitschko took to Instagram to broadcast his intention to join the fight to defend his city, and images of him in uniform manning a crew-served weapon are making the rounds of social media. Ukrainian President Volodymyr Zelenskyy's quip “The fight is here. I need ammunition, not a ride,” became an instant internet sensation, spawning meme after meme.

Information has always played a powerful role in shaping and sustaining the will to fight.

Tales like the Ghost of Kyiv pilot may or may not be an urban legend—but that doesn't matter. Ukrainian soldiers on Snake Island saying, “Russian Warship: go f*** yourself,” instantly went viral as the “NUTS!” moment of the 21st century. What matters is words, images, and actions that send a message: “We're not folding up. We're going to fight them and win.”

Additionally, Russian President Vladimir Putin clearly underestimated several factors that have influenced Ukraine's national will to fight. First, the national identity of Ukrainians has proven far stronger than he apparently expected. Second, the stakes can't be higher for Ukrainians—this is an existential threat—whereas Russians are fighting for … what exactly? Third, allies matter, and although countries are not sending their own troops to Ukraine, the world is clearly in Ukraine's corner, except for … well … Belarus. Finally, the free world may have even surprised itself with its willingness to use its economic levers of power to influence this fight. And social media has been there every day, every hour, every minute to document the power of these factors and sometimes amplify their effects.

This all has implications for the U.S. and the Department of Defense. RAND research and the events in Ukraine show how critical will to fight is to combat outcomes. Further, in a connected world of social media, images and messages can quickly tell a story that powerfully supports or degrades will to fight.

Will to fight is hard to assess (it's a lot easier to count tanks), and with rare exceptions early assessments of Russia's prospects in Ukraine largely ignored will to fight and focused on materiel. But the United States and its allies may need to understand and account for it.

NATO has made important improvements in its capabilities and is working on improving readiness, but how will its units react on the battlefield? How will its leaders react to various invasion scenarios involving member states? How well is the will to fight of military units and political leaders in China and Taiwan understood? DoD may need a doctrinal definition of will to fight to incorporate into planning, modeling and simulations, wargaming, and analysis. Failing to do so could degrade U.S. military preparedness, and that could make conflict more likely, not less likely.

William Marcellino is a senior behavioral scientist at the nonprofit, nonpartisan RAND Corp. and Michael McNerney is acting director of the International Security and Defense Policy Center and a senior researcher. Both are faculty members at the Pardee RAND Graduate School.

This commentary originally appeared on Stars and Stripes on March 21, 2022. Commentary gives RAND researchers a platform to convey insights based on their professional expertise and often on their peer-reviewed research and analysis.