Is There a Future for Multilateralism? 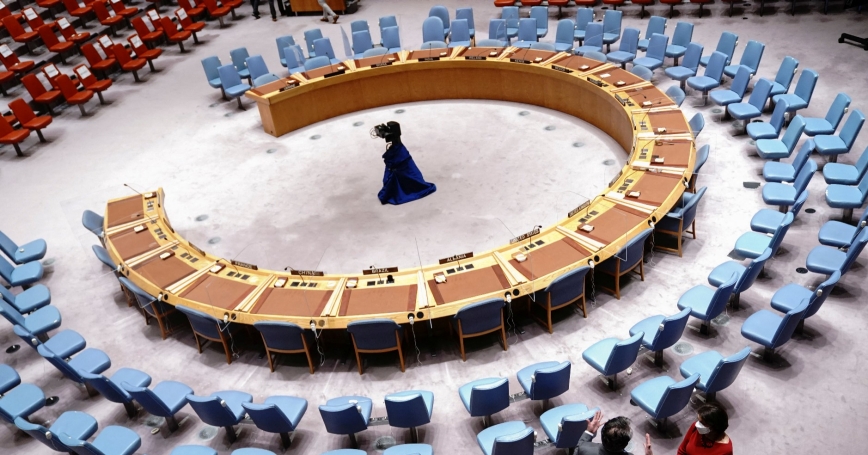 The failure of the United Nations to act on the Russian invasion of Ukraine should not surprise anyone. This appears to be merely the latest demonstration of a two-decade-long trend of the growing ineffectiveness of global multilateral institutions in addressing the world's diplomatic, security, and socioeconomic challenges.

After the Cold War ended, multilateralism revealed its strengths in the more-united world order that emerged.

Important successes since 1992 include the U.N. Security Council's pivotal role in resolving the Balkan region conflicts in Bosnia and Herzegovina after the 1992–95 Bosnian war and the Kosovo conflict of 1998–99; the International Atomic Energy Agency's role in implementing the October 1994 Agreed Framework on North Korea; the establishment of the World Trade Organization in 1995; and, the World Health Organization's management of the 2003 severe acute respiratory syndrome (SARS) pandemic.

The weakening of multilateralism began with differences over Iraq in 2002 in the U.N. Security Council. The United States, having failed to persuade France and Russia—both permanent members—to authorize the invasion of Iraq, created an ad hoc coalition of the willing for the purpose. In 2013, the United States again failed to gain Security Council approval for a military intervention in Syria, and again created an ad hoc coalition for the purpose.

After the Cold War ended, multilateralism revealed its strengths in the more-united world order that emerged.

The above examples show a causal line from a failed attempt at multilateralism to an informal global coalition. In other cases, regionalism emerged as a preferred alternative. Such thinking motivated the six-party talks on North Korea's denuclearization in 2003.

In 2009, when a dormant dispute over maritime rights in the South China Sea resurfaced, the failure of the U.N. Convention on the Law of the Sea to resolve the issue was followed by a shift in negotiations to ASEAN, which has since been negotiating a code of conduct on the matter with China.

Similarly, the WTO's failures on dispute resolution and services trade have meant that it is no longer at the centre of international trade coordination, with regional bodies such as the Asia-focused Regional Comprehensive Economic Partnership increasingly coordinating trade.

For instance, the U.N. High Commissioner for Refugees (UNHCR) reports ever larger funding gaps each year. Its programs for refugees from Yemen are only 12 per cent funded for this year, leading to the closure of several aid programs. Afghanistan's refugee programs are only 30 per cent funded for the year. As the UNHCR has shrunk, no viable alternatives have appeared.

On climate change, in the past decade, the lack of trust between developed and developing countries has significantly widened, leading to several stalemates.

At the most recent COP26 U.N. conference on climate change in Glasgow, held last October–November, the weak commitments by nations led one observer to note that “as regards all the most important pledges to phase out coal, reduce subsidies, and protect forests, Glasgow failed”.

Why does multilateralism seem to be losing out? There do not seem to be any clear-cut answers. It may be that multilateralism does not do well in today's multipolar world, a period that began with China's rise and Russia's resurgence in the 2000–2010 period.

It may be no coincidence, then, that multilateralism was successful only during the unipolar decade that followed the Cold War.

The problems may also lie within multilateralism. Many multilateral institutions need reform, due to their dated rules. Reforms are often politically difficult to accomplish, leading to the creation of regional or informal alternatives that can take concerted and quick action.

Will the decline continue? Today's two great powers, the United States and China, seem to have different views, making the outcome hard to predict. The former seems to be less interested in multilateralism these days. Donald Trump accelerated the shift away from multilateralism that began with president George W. Bush in 2001.

Why does multilateralism seem to be losing out? There do not seem to be any clear-cut answers.

Even the Biden administration, while reclaiming some participation in the multilateral institutions that Trump had rejected (such as the WHO), has preferred informal and regional approaches (as illustrated by the Quad and the AUKUS alliance, a trilateral security pact between Australia, Britain, and the United States) over multilateralism.

China, on the other hand, is expanding its commitment to formal and global institutions, albeit those aligned with its norms and objectives, and has even created a major multilateral initiative of its own, the Belt and Road Initiative.

Multilateralism's failure, if it happens, could raise significant challenges on how to address global public issues. Whether its replacement will be rules-based regionalism, or informal, global “coalitions of the willing,” is hard to say. Either way, the collapse of multilateralism may be a distinct and unwelcome possibility.

Rafiq Dossani is director of the RAND Center for Asia-Pacific Policy and a senior economist at the nonprofit, nonpartisan RAND Corporation.

This commentary originally appeared on South China Morning Post on April 2, 2022. Commentary gives RAND researchers a platform to convey insights based on their professional expertise and often on their peer-reviewed research and analysis.