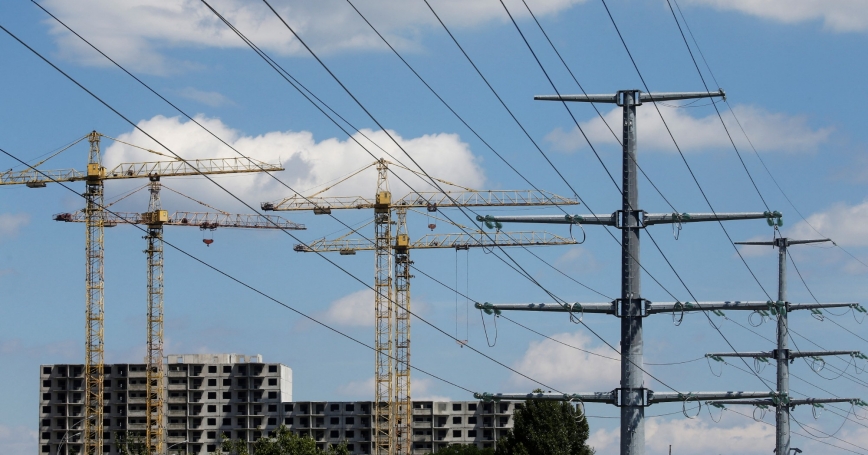 Even though fighting is still underway, Ukraine and its Western partners are beginning to weigh options for postwar reconstruction. The West will likely be generous, and some Russian financial assets might be drawn upon. Ukraine's main contribution—its talented workforce and private sector—could make their best contribution if long-delayed reforms were undertaken.

Reconstruction elsewhere may offer insights. Transparency was key in Bosnia and Herzegovina. Agricultural land reform and education helped the South Korean economy take off in the years following a devastating war. In Europe after World War II, restoring industry, providing financing to eliminate bottlenecks in inputs, and liberalizing trade spurred remarkable growth. These are among the factors that could spur rebuilding in Ukraine.

Understanding the reconstruction challenge is vital. Ukraine's former finance minister, Natalia Jaresko, who later led Puerto Rico's financial oversight board after a devastating hurricane, emphasizes that the first step is to document and assess the damage. The Ukrainian government is developing procedures for estimating the cost of damages. It and the Kyiv School of Economics have launched a website to assemble and verify data. Anyone can upload information, which KSE experts check. Ukrainians may report personal property damage through the government's Diia app.

In some areas, reconstruction offers an opportunity to leap ahead. It could take advantage of modern building materials and energy-saving techniques. Most structures and infrastructure that Russian forces have destroyed were built at least four decades ago. In 2020, the average age of the housing stock was 46 years. New buildings comprised only 3 percent.

Reconstruction in the construction sector would benefit if there were easier access to building permits, better mortgage programs, and a more-efficient real estate market. President Volodymyr Zelenskyy has pledged to engage the best architects and companies.

Mobilizing large-scale private and official investment to knit the country back together could be among the most urgent tasks. This could involve repairing and improving transport infrastructure, such as roads and bridges, and restoring damaged electric power (PDF) capacity to enable industry. Improving the climate for investment could generate resources for reconstruction. In recent years Ukraine has backtracked on commitments to the International Monetary Fund. Energy resources, for example, are underdeveloped in part because restrictions inhibit investors.

Economic and rule-of-law reforms may be most important. Creating an efficient market for private land, establishing judicial independence with competent, apolitical judges, and speeding privatization and management improvements in some 3,300 state-owned enterprises could be critical. State enterprises in such areas as energy, transport, and infrastructure are a chokehold on the economy. They have reduced public confidence in government and deterred private investors. Even though Ukraine is one of the least energy efficient (PDF) economies in Europe, gas pricing reforms have been under pressure. A roll-back could boost rebuilding costs.

Ukraine may need deeper reforms to attract the most international reconstruction financing. In a country where corruption and opaque governance have been rampant, reconstruction success may depend more on reform than foreign aid. Such assistance could be most helpful as a force multiplier, magnifying the contribution of private investment and Ukraine's own resources.

Ukraine has languished in the bottom one-third in Transparency International's Corruption Perceptions Index. Donor and investor fatigue could set in if Ukraine's reconstruction program were burdened by stifling corruption. Perhaps impressive war-time patriotism will lead to greater impatience with corruption.

If Ukraine reforms and mobilizes domestic finance, this may build confidence among donors as well as investors.

Financing reconstruction may require cooperation between Western and Ukrainian governments and international financial institutions. If Ukraine reforms and mobilizes domestic finance, this may build confidence among donors as well as investors. Domestic resources could give Ukraine more control and flexibility over reconstruction, helping shape it in ways attuned to the country's circumstances. Some wartime financing measures might help if carried over to peacetime.

It is uncertain whether the West would seek forfeiture of some or all of the $300 billion or so in blocked assets of the Russian Central Bank held in the West. Legal issues could be complex, but political pressures could favor applying these resources to reconstruction.

The West and international institutions might forgive some of Ukraine's external debt to free up its financial capacity. The IMF projects that this year debt may rise to 70 percent of GDP. Debt relief has often been crucial to economies rebuilding from crisis, as with Poland in the early 1990s. But again, reforms could better persuade creditors to lower Ukraine's debts.

By leveraging better investment conditions and reforms and broad international support, Ukraine could carry out a well-executed reconstruction program. It might repair much of the war damage and help Ukraine move into the ranks of faster-growing European economies.

William Courtney is an adjunct senior fellow at the nonprofit, nonpartisan RAND Corporation who has served as U.S. ambassador to Kazakhstan and Georgia. Khrystyna Holynska is an assistant policy researcher at RAND, a Ph.D. student at the Pardee RAND Graduate School, and a visiting professor at the Kyiv School of Economics. Howard J. Shatz is a senior economist at RAND and professor of policy analysis at the Pardee RAND Graduate School.