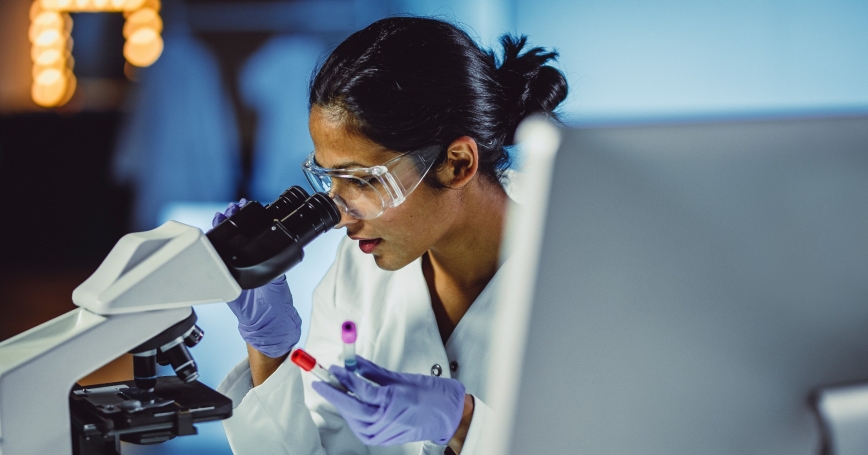 The scientific process is a dynamic one of building models, testing assumptions, and constructing a theory of how the world works—all based on the quality of the evidence at every turn. What this process accomplishes does not simply explain reality; it can create a reality. Historically, this has had dangerous implications for women's health. Rethinking what research is funded could change that.

Take, as an example, what was long considered to be the scope of heart disease. What cardiovascular research had uncovered, broadly, about the most common diseases of the heart led to screenings later in life, tests that looked for arterial blockages, and treatments for those blockages, such as valve replacement. But these approaches are sufficient for only about half of the population; they unintentionally distort reality. That's because nearly all foundational cardiovascular research—the studies that laid the groundwork to construct our picture of what this family of ailments entailed—was primarily performed on male bodies, to understand and address cardiovascular disease in men.

When the focus finally shifted to what was happening in women's cardiovascular systems, a different reality emerged. Beginning in the 1990s, C. Noel Bairey Merz, MD, among other researchers, began interrogating the tools she had at her disposal, and the framework she'd been taught to apply to how the disease presented itself. In women, she was finding, the symptoms of cardiovascular disease were often less clear and more diffuse. She was searching for blockages in major arteries, but she wasn't finding them. She was hearing a wide range of symptoms from her patients, from back pain to nausea, but she just didn't have a framework that made sense of those symptoms. She also knew the statistics: Cardiovascular disease was the leading cause of death in women in the United States and, unlike among men, it was actually getting worse, not better, over time. Women had a higher mortality and worse prognosis after an acute cardiovascular event. Clearly, the existing diagnostics were missing something.

Merz threw out the old model and found that the sex differences in the cardiovascular system began right at the very beginning: from different gene expressions in sex chromosomes and hormones. She discovered that in women cardiovascular disease is much more a micro-vascular disease, so the blockages the tests would be looking for weren't in the major arteries but in smaller arteries. This new picture of the disease changed the testing, treatment, and prevention of cardiovascular disease in women.

What Is Funded Creates What Is Known

The problem of generalizing from research that is not representative of all sexes cuts both ways. Men suffer because of it, too. There currently aren't great treatments for osteoporosis in men because it occurs four times as often in women, and most of the research on osteoporosis is based on women's bodies. Much the same is true with other perceived “women's diseases,” such as breast cancer. We understudy, underfund, and undertreat these diseases in men—often with devastating results. However, the evidence base generally is biased toward the male body. This is the result of a long history of providing generous funding for diseases that predominantly impact men and underfunding those that predominantly impact women. This problem, and the resulting distortions, continues today. What is funded creates what is known.

Still, if science shapes reality, it can reshape it, too. Last year, I helped oversee a study commissioned by Women's Health Access Matters, a nonprofit advocacy organization that works to increase awareness of and funding for women's health issues. This study assessed the return on investment (ROI) we might conservatively expect if the National Institutes of Health (NIH) doubled its funding for research assessing women's health. This wouldn't be hard to achieve. As a case in point, only 12.0 percent of the NIH funding on Alzheimer's disease and 4.5 percent of that on coronary artery disease went to studies that specifically addressed how the disease plays out in women. We estimated that the ROI of doubling funding for research varies across diseases. If an additional $288 million was invested to address questions about women with Alzheimer's disease, we estimated that the ROI would be 224 percent. The ROI for additional investment of $20 million for research on coronary artery disease and women's health would be 9,500 percent. And the ROI for investing an additional $6 million spent on researching rheumatoid arthritis in women would be 174,000 percent.

How Investing in Research on Women Benefits All

The cost of the science pales in comparison to the price we continue to pay for what we don't know about caring for women.

The model we used in our study considered the downstream effects of these one-time increases in the NIH's budget: the new knowledge gained; the new treatments developed; and the lives prolonged, saved, and made more productive due to better treatments. For example, for coronary artery disease—assuming a 0.01 percent improvement in disease age-incidence, slowed disease progression, and improved quality of life over 30 years—our microsimulations show a one-time investment would save more than 15,000 years of life for women and 6,000 for men; eliminate nearly 31,000 years living with the disease for women and more than 10,500 for men; and eliminate nearly 6,500 years of lost productivity for women with coronary artery disease, and more than 2,500 for men. Finally, such an investment would add nearly 28,000 quality-adjusted life years for women, and almost 10,000 for men. The billions generated by such relatively modest investments provide evidence that these are, in fact, solvable problems. If we could simply reinvest even a fraction of the health care savings created by this initial investment, we might begin building the same robust evidence base for women's health that already exists for men, thus creating even bigger returns and life improvements for both sexes.

As it turns out, the cost of the science pales in comparison to the price we continue to pay for what we don't know about caring for women.

Chloe E. Bird is an adjunct sociologist at the nonprofit, nonpartisan RAND Corporation, where she studies women's health and determinants of sex/gender differences in health and health care.