Could U.S. Weapons Assistance to Ukraine Lead to Russian Escalation? 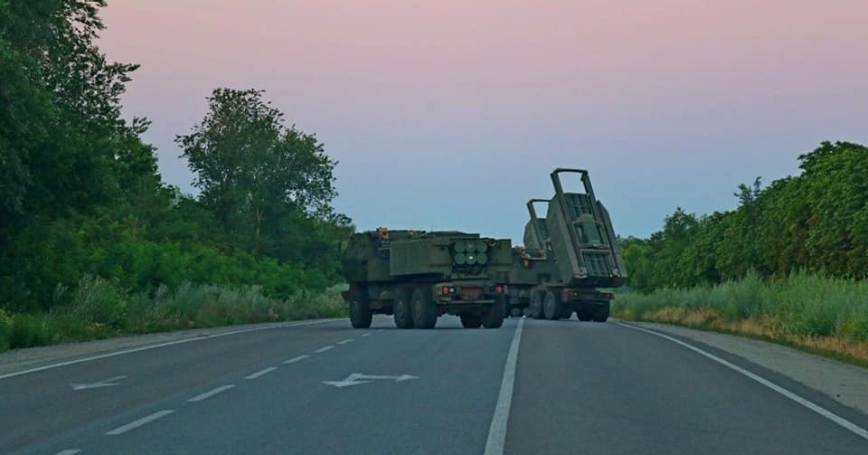 Photo by Armed Forces of Ukraine/Cover Im via Reuters Connect

by Samuel Charap and Jeremy Shapiro

In the five months since Russia launched its war in Ukraine, the United States has pledged about $24 billion in military aid to Ukraine. That's more than four times Ukraine's 2021 defense budget. America's partners in Europe and beyond have pledged an additional $12 billion, according to the Kiel Institute for the World Economy.

And yet these tens of billions still fall short of the Ukrainian government's wish list for weapons, which President Volodymyr Zelensky's government announced last month. This divergence between what Ukraine wants and what its Western partners are prepared to give reflects the reality that Western leaders are pulled in two directions. They are committed to helping Ukraine defend itself against Russia's aggression, but they are also trying to prevent the conflict from escalating into a major power war.

But escalation, though incremental and thus far contained in Ukraine, is already underway. The West is providing more and more powerful weapons, and Russia is unleashing more and more death and destruction. For as long as both Russia and the West are determined to prevail over the other in Ukraine and prepared to devote their deep reserves of weapons to achieve that goal, further escalation seems almost preordained.

As long as both Russia and the West are determined to prevail over the other in Ukraine and prepared to devote their deep reserves of weapons to achieve that goal, further escalation seems almost preordained.

The United States and its allies should certainly continue providing Ukraine with the matériel it needs, but they should also—in close consultation with Kyiv—begin opening channels of communication with Russia. An eventual cease-fire should be the goal, even as the path to it remains uncertain.

Starting talks while the fighting rages would be politically risky and would require significant diplomatic efforts, particularly with Ukraine—and success is anything but guaranteed. But talking can reveal the possible space for compromise and identify a way out of the spiral. Otherwise, this war could eventually bring Russia and NATO into direct conflict.

The current U.S. approach assumes that would happen only if the Ukrainians are given particular systems or capabilities that cross a Russian red line. So when President Biden recently announced his decision to provide Ukraine with the multiple-launch rocket system that Kyiv says it desperately needs, he deliberately withheld the longest-range munitions that could strike Russia. The premise of the decision was that Moscow will escalate—i.e., launch an attack against NATO—only if certain types of weapons are provided or if they are used to target Russian territory. The goal is to be careful to stop short of that line while giving the Ukrainians what they need to “defend their territory from Russian advances,” as Mr. Biden said in a statement in June.

The logic is dubious. The Kremlin's focus is precisely on making advances on Ukrainian territory. The problem is not that providing Ukraine with some specific weapon could cause escalation but rather that if the West's support of Ukraine succeeded in stemming Russia's advance, that would constitute an unacceptable defeat for the Kremlin. And a Russian battlefield victory is equally unacceptable to the West.

If Russia continues to push farther into Ukraine, Western partners would likely provide yet more and better weapons. If those weapons allow Ukraine to reverse Russia's gains, Moscow may feel compelled to double down—and if it is really losing, it might well consider direct attacks against NATO. In other words, there's no mutually acceptable outcome right now. But talks could help identify the compromises needed to find one.

The determination of both the West and Russia to do whatever it takes to prevail in Ukraine is the main driver of escalation. Western leaders should understand that the risk of escalation stems from the complete incompatibility of their goals with the Kremlin's; carefully calibrating Western military support to Ukraine might be sensible, but it is probably beside the point. The impact of those weapons on the war, which is nearly impossible to know in advance, is what matters.

There's no mutually acceptable outcome right now. But talks could help identify the compromises needed to find one.

The lack of precise Russian red lines might mean that supplying the longer-range munitions Biden is withholding would not be as problematic as feared. But even if no specific weapon system will itself cause a major escalation, simply throwing more and better weapons into the mix is unlikely to solve the problem. Western weapons have clearly sustained the Ukrainian military on the battlefield, but the Russians have been willing to counter with whatever level of resources and destruction will be necessary to win or at least not to lose.

We are witnessing a classic spiral in which both sides feel compelled to do more as soon as the other side begins to make some progress. The best way to prevent that dynamic from getting out of control is to start talking before it's too late.

Samuel Charap is a senior political scientist at the nonprofit, nonpartisan RAND Corporation. Jeremy Shapiro is research director at the European Council on Foreign Relations.

This commentary originally appeared on New York Times on July 27, 2022. Commentary gives RAND researchers a platform to convey insights based on their professional expertise and often on their peer-reviewed research and analysis.