Planning Now for a Negotiated Outcome in Ukraine 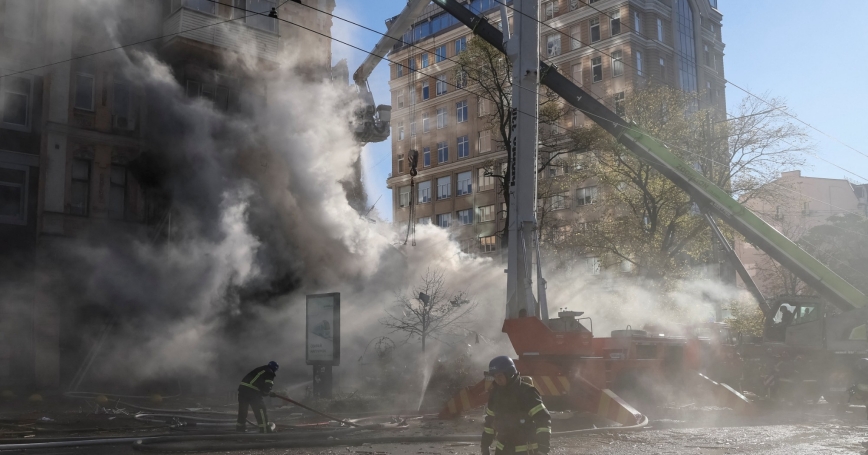 Firefighters work to put out a fire in a residential building destroyed by a Russian drone strike in Kyiv, October 17, 2022

by Samuel Charap and Miranda Priebe

U.S. President Joe Biden has said that the United States is committed to a negotiated end to the war in Ukraine. But his administration has taken few, if any, steps to create a diplomatic process that could produce such an outcome. Buoyed by Ukrainian battlefield successes and horrified by Russian atrocities, the United States seems committed to continuing its current approach of helping Ukraine recapture as much territory as possible without provoking a wider war. The mantra in Washington is to support Kyiv “for as long it takes” and to rule out, at least for now, practical steps toward diplomacy. That message was reinforced this week when 30 Democrats in the U.S. House of Representatives released a letter urging the Biden administration to pursue direct negotiations with Moscow, only to withdraw it a day later amid the predictable outcry.

In fact, the United States and its G-7 partners have already proposed a peace deal. But the terms read like conditions for Russia’s surrender: Kyiv regains all its territory, receives reparations from Moscow, and signs security agreements with Western countries. Such an outcome would indeed be ideal, restoring Ukraine's control over its internationally recognized borders, strengthening the international order, and chastening Russia—but it also is improbable. Communicating that an outright Ukrainian victory is the desired U.S. endgame without making a concerted effort to prepare for future diplomatic negotiations could lead either to a dangerous escalation or to prolonging the conflict indefinitely. …

This commentary originally appeared on Foreign Affairs on October 28, 2022. Commentary gives RAND researchers a platform to convey insights based on their professional expertise and often on their peer-reviewed research and analysis.