The Iran Nuclear Deal: Is the Juice Still Worth the Squeeze? 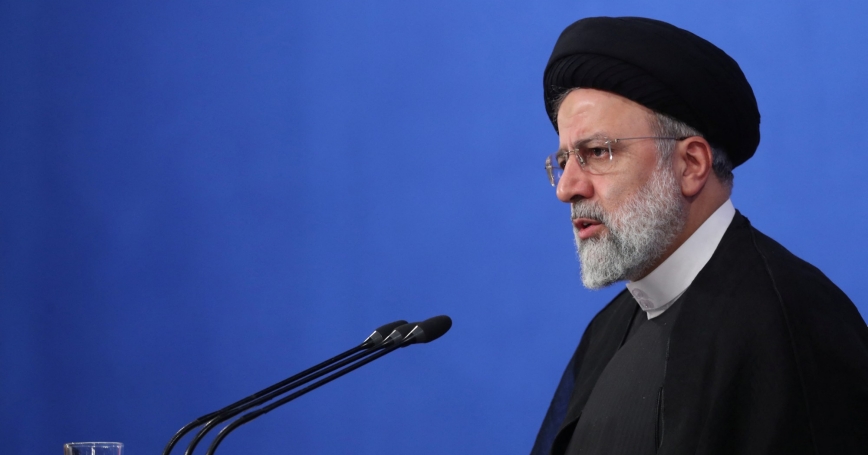 The talks to reinstate the Iran nuclear deal have been dragging on for 18 months. But the negotiations are not about very much; the general contours of the original agreement still hold. The White House, even as it voiced support for widespread protests in Iran, has still been trying to reach an accommodation with Tehran on nuclear development.

As the clock keeps ticking, though, it gets harder to revive it. At some point, the juice won't be worth the squeeze.

In the four years since the United States abandoned the deal (formally called the Joint Comprehensive Plan of Action or JCPOA), the benefits for both sides have eroded. Iran made some irreversible gains in nuclear weapons–related knowledge. It also lost economic opportunities it will never get back. Now, even with the United States back at the table, its window for guaranteed relief from sanctions is short given the looming 2024 U.S. election and concern that a Republican administration could ax the deal again. The limits on Iran's nuclear program aren't as durable either because the JCPOA has built-in sunset clauses.

Still, if the deal was, and is, in everyone's interest, why has it been so hard to cinch? The answer may lie primarily with internal dynamics in Tehran.

Why has the deal been so hard to cinch? The answer may lie primarily with internal dynamics in Tehran.

The Iranian Islamic Republic is often mistakenly depicted as a dictatorship led by Supreme Leader Ali Khamenei. In fact, it is a theocratic oligarchy with some elected institutions. These elections are tightly managed and only a limited range of the political spectrum is allowed to compete. Nonetheless, politics matter in Iran.

When the Biden administration was seated, Iranian President Hassan Rouhani had a just few months left in his own presidency. He was constitutionally limited to two terms, and it was clear that nobody representing his camp of pragmatists would be allowed to run in 2021. This appeared to offer a narrow opening when he could champion and oversee reinstalling the deal.

But that hopeful view failed to account for Iranian politics. Yes, ultimately, only Khamenei could decide whether to restore the nuclear deal. But if it was sealed in Rouhani's final days, that would have given that pragmatist camp a significant final victory, and the regime hardliners destined to follow him would be left holding the bag if it went sideways again.

President Ebrahim Raisi, elected in June 2021, is tightly aligned with Khamenei's political ideology and has even been mentioned as a potential successor as supreme leader. This is the first time traditional hardliners have held the presidency since 1989, when Khamenei had the job. Although this power class has controlled many behind-the-scenes political institutions, the presidency has cycled through various other political camps for 30 years.

This would seem like a boon for the supreme leader: No more petty squabbles, no more arguing with moderates who want to reform or populists who want to steal the spotlight. But Khamenei's greatest political skill is hiding behind scapegoats, especially the Iranian president. His ties to Raisi now mean that the president's actions reflect more directly on him. So not only would another failed deal make Iran look twice-fooled, it looks more like Khamenei's own blunder.

The first thing that the Raisi administration did was to “review” the deal. The likely goal was to put some distance between it and the Rouhani camp and to put their own mark on it in some way.

By early this year it looked like the stars were aligning. Disputes were resolving, because the issues were never that significant to begin with. But then Russia, (a signatory to the JCPOA, along with China, France, Germany, Iran, and the United States), invaded Ukraine in February. In March, Russian Foreign Minister Sergey V. Lavrov demanded a written guarantee that sanctions over the unprovoked war would not interfere with Russian trade with Iran.

This was unreasonable to all parties, including Iran, and Russia withdrew its demand within weeks. The war in Ukraine, however, complicated the geopolitical picture, prompting the Iranians to look for new opportunities. Do sanctions on Russia mean European countries would be more open to importing Iranian oil? Do events undermine Russia's position as one of the deal's guarantors? Is the United States more eager to resolve issues in the Middle East and therefore willing to give greater concessions? These possibilities make the benefits and risks of a resumed JCPOA less certain, and Iran is a country that likes to hedge its bets.

Perhaps a more-astute and savvier president could have figured this out, but Raisi has not been up to the task.

Iran's failure to restore JCPOA may stem, too, from the fact that Raisi is shaping up to be a mediocre president. The death of Mahsa Amini after her arrest by the morality police has led to weeks of street protests, dozens of deaths, and international outrage.

But before any of that, Raisi's monetary policy led to inflation rising to an all-time high and national protests. Internal crackdowns have led to a public backlash that has forced some reversals. His efforts to address housing problems have been woefully underperforming. And he has been much criticized by the Iranian press for failing to reach new JCPOA terms. Perhaps a more-astute and savvier president could have figured this out, but Raisi has not been up to the task.

Americans tend to see much of the nuclear deal's collapse as about us. But if Iran is not able to come to terms with the United States to revive it (which seems increasingly likely), this time it may be more about them.

Heather J. Williams is a senior policy researcher in the National Security Research Division of the nonprofit, nonpartisan RAND Corporation. She formerly served as the deputy national intelligence officer for Iran for the National Intelligence Council.

This commentary originally appeared on The Hill on October 8, 2022. Commentary gives RAND researchers a platform to convey insights based on their professional expertise and often on their peer-reviewed research and analysis.