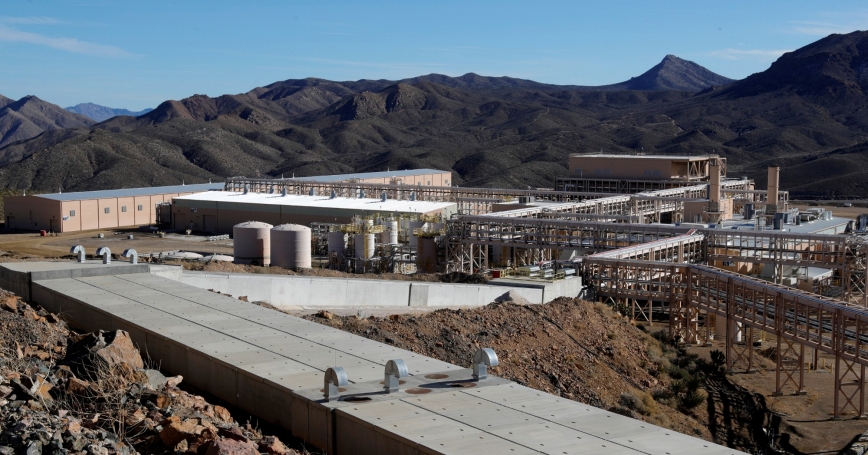 But not long ago, a similar set of companies received very different news. Lynas Rare Earths, which was planning to build mineral processing facilities in Texas, found out in June that its project was the target of a Chinese disinformation campaign called “Dragonbridge.” There were fake social media profiles, shared images of angry protestors, and calls to rally against the project. Two other firms—USA Rare Earths and Appia Rare Earths and Uranium—were targets earlier in the year.

Firms in America's burgeoning battery supply chain should anticipate that they could be next.

Firms in America's burgeoning battery supply chain should anticipate that they could be targets of Chinese disinformation campaigns.

China has a huge stake in producing lithium-ion batteries. Today 91 percent and 78 percent of all battery anodes and cathodes, respectively, and 70 percent of global cell production, takes place there. China has also shown that it is willing to restrict exports of critical minerals, e.g., rare earths, to coerce trade partners. Such export restrictions could pinch the whole U.S. economy and specifically the growing electric vehicle market. But they could also thwart the defense industry's ability to support the U.S. military.

It is vital to build a domestic supply chain—but it will take a decade or longer. Mapping economically viable reserves can take up to three years, and that's not accounting for permitting, getting buy-in from the community, and constructing the facilities.

In the short term, this means a supply-demand gap has developed for battery commodities, leading to ballooning prices. Lithium prices have already shot up 500 percent since mid-2021. That's pushing up electric vehicle prices, which are already a barrier to entry to prospective consumers.

Moreover, this creates a window of vulnerability to Chinese meddling of the Dragonbridge variety. Although the Dragonbridge operation failed to incite protests, misinformation campaigns are a cheap way for China to create expensive delays or even derail projects entirely.

It's not atypical for development of new industrial capacity to run up against genuine local concern. For instance, in 2020 Piedmont Lithium (a recipient of one of the new grants) entered a five-year agreement to supply Tesla with spodumene (PDF), an essential raw material for batteries, from a facility in Gaston County, N.C. But residents voiced concerns over pollution, water supply, and property values, and the proposed mines got some pushback from Gaston County commissioners. In 2021, the Tesla agreement was postponed indefinitely. Production in North Carolina may not start until 2026.

Out west, another genuine disagreement between Native American groups and Nevada Lithium Corporation over the Thacker Pass mine illustrates how drawn-out disputes can get. Protestors occupied a camp site for over a year. Multiple lawsuits ensued from tribal groups and nature conservationists. This is the level of disruption Dragonbridge likely hoped to spur in Texas.

Nearly 80 percent of lithium reserves in the United States are within 35 miles of Native American reservations, according to research firm MSCI. This presents legitimate environmental justice challenges under any circumstances—but Native American tribes and those allied to their cause also could become targets of disinformation campaigns. Delays benefit Chinese firms, which are reaping the rewards of skyrocketing prices for battery materials.

Being open with the public about their awareness of any foreign influence operations underway might serve as a disinfectant against misinformation.

Businesses need to be aware that local trust can be fragile. They could communicate clearly about their true plans. That said, extraction sector companies could work with cybersecurity experts and the U.S. intelligence community to educate their executives and local governments about any foreign disinformation risks. Being open with the public about their awareness of any foreign influence operations underway might serve as a disinfectant against misinformation.

The intelligence community could also take this moment as an opportunity to educate government policymakers, U.S. allies, and the public about the extent of Chinese interference in mineral mining and processing. Without that understanding, years could be lost as public misinformation delays projects—prolonging the risk of supply disruption, economic coercion, or worse.

Fabian E. Villalobos is an associate engineer at the nonprofit, nonpartisan RAND Corporation whose research focuses on the intersection of technology, economics, and geopolitics.

This commentary originally appeared on The Hill on November 15, 2022. Commentary gives RAND researchers a platform to convey insights based on their professional expertise and often on their peer-reviewed research and analysis.