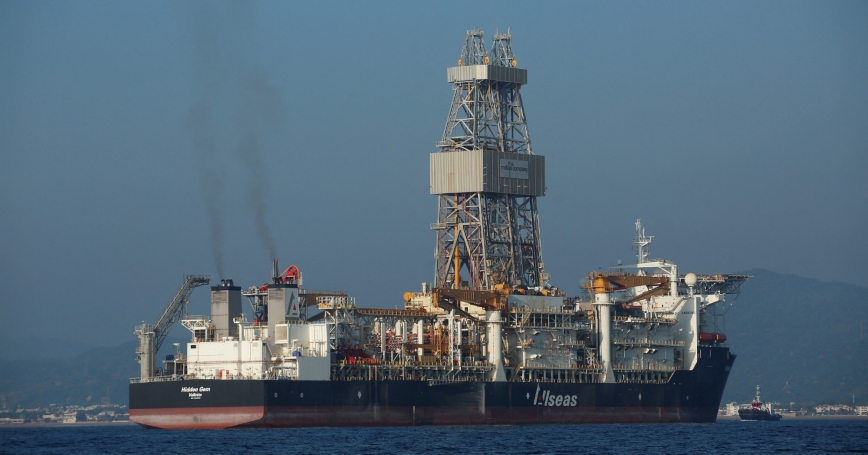 China dominates global supply chains for nearly all critical mineral resources. Especially important are elements such as nickel, cobalt, lithium, copper, and the rare earths that power decarbonization technologies such as batteries, electric motors, and turbines. The rapidly increasing demand for these minerals has rekindled interest in extracting polymetallic nodules from the deep seabed.

China controls the supply of these resources through extraction, either within its borders (especially in the case of rare earths) or through ownership of critical foreign mineral resources (for example, cobalt in the Democratic Republic of the Congo). It also dominates mineral processing, controlling the vast majority of global operations. A recent study by S&P Global Inc. found that 11 of the 16 companies that make nickel sulfate are in China. The study projects that China will produce 824 billion metric tons of nickel sulfate per year by 2030, while North America and Europe will produce just 146 billion metric tons.

China's dominance is the result of a long-term, dedicated effort to secure mineral resources, build extensive processing capacity, and make that capacity available at rates that underbid its competition. This strategy has benefitted from Chinese government support through state-owned enterprises and financial backing.

China's dominance leaves the global availability of critical minerals vulnerable to supply disruptions resulting from trade restrictions, political instability, natural disasters, or other disturbances. This supply risk is only expected to grow in the coming decades as the demand for critical minerals increases with the widespread adoption of decarbonization technologies. For example, the International Energy Agency projects that in order to meet the Paris Agreement goals, demand for nickel and cobalt in 2040 will be six to 20 times greater than the demand in 2020.

Deep seabed polymetallic nodules are potato-sized concretions that lie on the seafloor, some 4000–5500 meters below the ocean surface. These nodules are extremely rich in cobalt, nickel, copper, and manganese, and their extraction is looking increasingly attractive for meeting the projected demand for batteries.

Most polymetallic nodule resources rest in the high seas, outside any country's exclusive economic zone, where access is regulated by the International Seabed Authority, an organization created by the United Nations in 1994. This has created the opportunity for some 20 countries to sponsor seabed mining exploration contracts. As these contractors' operations transition from exploration to commercial mining (possibly as soon as 2024), they will rapidly multiply the number of global sources of critical mineral resources.

The pending emergence of deep seabed mining could present a unique opportunity to act on policy proposals to diversify the supply and processing of critical minerals. These proposals center around incentivizing the support and development of minerals-processing capabilities outside China. They include providing grants, loans, and loan guarantees to help finance the construction of processing facilities; revising environmental requirements for permitting processing facilities; incentivizing the use of domestically produced critical materials and products; and strengthening ways to enforce the prohibition of unfair trade practices.

These provisions have been criticized by U.S. trade partners as protectionist. If policymakers are interested in addressing these concerns, the provisions could be revised to expand the number of eligible countries with little impact on the goal to diversify mineral supply and processes. This goal is less about onshoring as it is about multi-shoring. Just as with petroleum or wheat, it's less important where a commodity comes from—it is much more important that it be available from multiple sources. That allows for a stable supply even when individual sources are disrupted. Given current geopolitical tensions, it's best to stick with friendly nations that are less susceptible to retaliatory pressures from China or other nations hostile to the United States.

A challenge with diversifying supply chains for heavy industries like mining and minerals processing is that it takes time and money.

A challenge with diversifying supply chains for heavy industries like mining and minerals processing is that it takes time and money. It won't happen quickly. In the meantime, our best bet would seem to be to support whatever capacity exists today. There is actually substantial minerals-processing capacity outside China, but it has difficulty competing on price. Supporting the stability and growth of this capacity, for example with subsidies or guaranteed sales, would produce results much more quickly than building new capacity. This is another reason to expand the scope of supply chain diversification efforts beyond the United States and is the rationale behind the Minerals Security Partnership, an agreement among U.S. allies to develop robust and diverse critical minerals supply chains.

While the environmental impact of seabed mining is still being assessed and is one of the principal considerations in developing commercial mining regulations, the extreme environmental impact of land-based nickel and cobalt mining in places such as Indonesia, New Caledonia, and the Democratic Republic of the Congo are well known. In addition, worker safety and health and human rights concerns associated with these mining operations are well documented. Such concerns are unlikely to arise with seabed mining, as this is a capital-intensive and technology-dependent undertaking where artisanal methods are not possible.

Seabed mining may be a way to diversify critical minerals supply chains and break China's stranglehold on supplies of some of the world's most important natural resources.

Tom LaTourrette is a senior physical scientist and interim director of the Community Health and Environmental Policy program at the nonprofit, nonpartisan RAND Corporation.

This commentary originally appeared on RealClearWorld on November 18, 2022. Commentary gives RAND researchers a platform to convey insights based on their professional expertise and often on their peer-reviewed research and analysis.