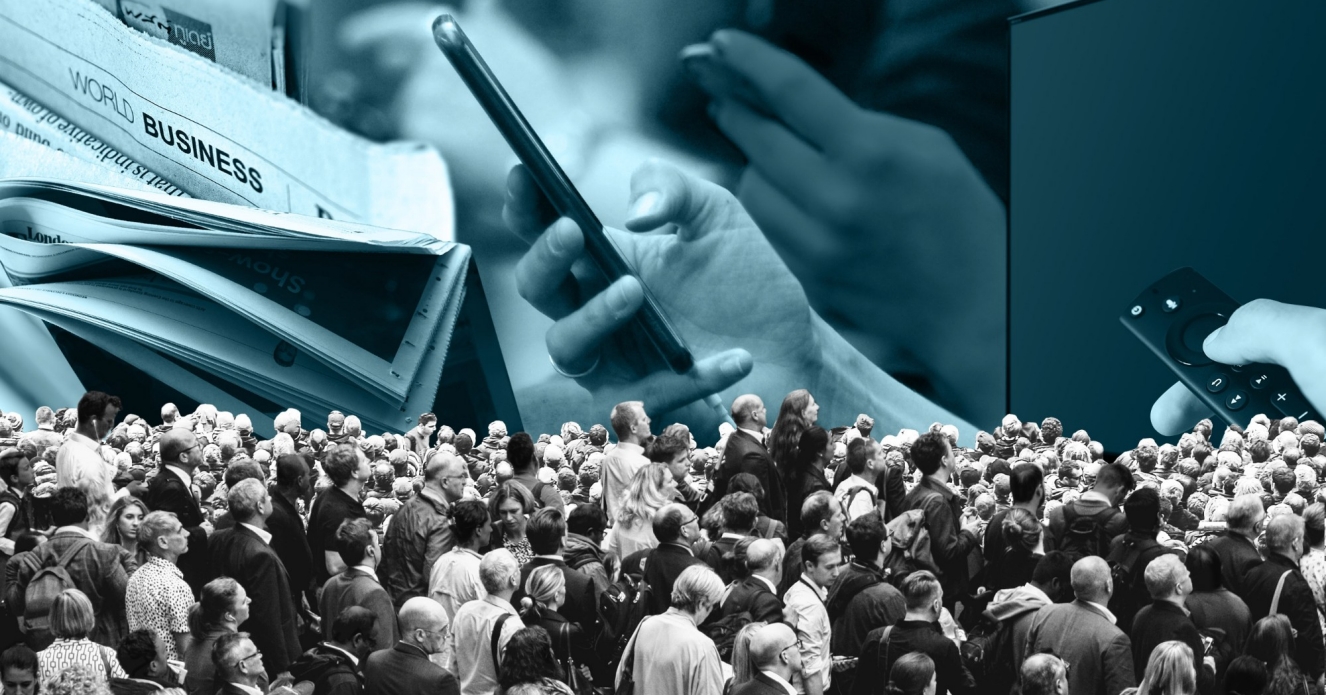 Which news source do you use the most? Do you think the news is reliable? RAND researchers asked Americans these questions and more to learn about how they consume the news. The responses provide some clues about how to address “Truth Decay,” the diminishing role of facts and analysis in American public life.

A healthy democracy relies on information. It requires engaged citizens to arm themselves with facts and hold their government to account.

But today, the United States is embroiled in an era of what experts at the RAND Corporation call “Truth Decay.”

More and more, Americans are disagreeing about objective facts. The line between fact and opinion is blurring before their eyes. And crucially, their trust in sources that they used to turn to for objective information, including the news media, is in decline.

Jennifer Kavanagh, who leads RAND's research initiative on Truth Decay, knows that the stakes are high. “If people no longer care about the news, or they don't trust it, or if they are getting poor-quality information, it poses a fundamental threat to the health of our democracy and its ability to function,” she said.

That's why Kavanagh and her colleagues are studying the rapidly shifting media landscape. Most recently, they asked a nationally representative sample of more than 2,500 adults about their media-consumption habits. By learning more about how Americans consume the news, the researchers are beginning to identify what it might take to ensure that facts and data remain at the center of U.S. public life.

The researchers first asked survey participants where they get their news. Americans' most common response was broadcast television, followed closely by online sources, then cable television, and social media.

Although social media is a relatively popular news platform—especially among younger people—it doesn't appear to be replacing traditional media. Respondents who said that they relied heavily on social media likely use other news sources, too. They may also use social media as a portal to access content that appeared elsewhere, such as a video clip from a longer cable news segment, or an article from a newspaper website that made the front page of the print edition.

Overall, the responses supported the idea that people use many different news sources, and they use them in different ways. If you work 9 to 5 and have a long commute, then you might rely on radio or podcasts, because you can tune in during your drive or train ride. If you're married with children, then your schedule may mean you're less likely to read a newspaper in the morning or turn on the 6 o'clock news.

The data also show that people tend to use certain news sources together. For example, it's common for people who use print media to also watch TV news broadcasts. And people who rely on social media also tend to lean on other people, such as friends and family, as a news source.

Many Americans Are Skeptical About News Reliability

The researchers also asked Americans whether they thought the news was reliable.

Notably, those who thought that the news is becoming more reliable were more likely to be women and people of color. The researchers think this could be partly due to increased representation in the media. It's possible that people's perceptions of news reliability are influenced by whether they see themselves reflected on the news platforms they use.

When the researchers broke down perceived reliability by platform, television sources—broadcast and cable news—came out on top.

Unsurprisingly, the sources that most Americans turn to most often are also the sources they think are the most reliable. But there were exceptions. In fact, one-third of survey respondents said that they used news sources they believed were less reliable. These respondents were most likely to rely on social media and peers for news.

“We didn't expect to see this,” said RAND sociologist Michael Pollard, lead author of the study. “If people are knowingly choosing news platforms they don't think are particularly reliable, then it compounds the challenge of addressing Truth Decay.”

One-third of survey respondents said that they used news sources they believed to be less reliable.

This could mean that some tried-and-true methods for helping ensure that people are getting the facts won't be effective. In other words, it may not be enough to just improve the quality of news content or teach people to be better judges of that content.

Competing demands and a general lack of time could explain why some Americans turn to news sources that they view as less reliable. This appears to be especially true among married people.

“Intense couple relationships come at the expense of other connections and activities, and they are especially demanding of women's time,” Pollard said. “It may not be realistic to take an hour to sit down and read the paper, but it's much easier to check your Twitter feed or talk to a friend on the phone.”

There may be another reason why people are using news sources that they don't think are reliable: “We have to consider that some people are looking to news platforms as a means of entertainment, such as satirical news, or celebrity gossip,” added Pollard. “If this is the case, then finding a trustworthy or reliable source doesn't necessarily matter.”

What Factors Might Affect People's News Choices and Views?

Marital status isn't the only factor that seems to affect how Americans consume the news. In fact, the survey data suggest that a variety of characteristics—age, gender, education, political beliefs—play a role in explaining people's habits.

The interactive chart below shows whether different groups of people are more or less likely to get their news from four kinds of sources—online, social media/in-person, print/broadcast, or radio—relative to people who belong to other groups. For example, people with liberal political views are more likely than conservatives to use online news sources. And a younger person is more likely than an older individual to get their news from social media or from in-person sources. (Use the dropdown to view the results for different types of new sources.)

People who get news

A closer look at people's perceptions of news reliability reveals even more nuance. Although Americans are generally skeptical of the news, a few demographic and political factors seem to affect whether a person leans one way or the other.

RAND's survey results paint a complicated picture of how Americans consume the news, what they perceive to be reliable (or not), and what might affect their choices and views about different news sources.

So how can these insights help mitigate the threat that Truth Decay poses to American democracy? According to Kavanagh, it starts with using data to tailor quality journalism to readers—and to help make it easy for people to stay informed.

“The more we know about how information is consumed and shared—and about how people make use of that information—the more opportunities we have to address what's preventing people from getting high-quality content,” she said. “Because if we're not producing information that people can easily access, understand, or relate to, they'll simply stop reading it.”

For example, if media companies know that a lack of free time constrains their audiences, then they may consider new ways to bring fact-based reporting to people where they are. Many organizations are already turning old-school investigative reports into podcasts or online video series.

And if Americans are increasingly turning to social media for news, then it's essential to take steps that combat the spread of disinformation online. Imagine, for example, if the posts in your news feed had a “credibility score” to identify accurate, credible stories and help you avoid biased or unreliable ones.

If we're not producing information that people can easily access, understand, or relate to, they'll simply stop reading.

For people who have become altogether disaffected from the news or who are looking to news platforms for entertainment—rather than facts—both researchers and journalists could focus on what it might take to reach them again. For instance, there may be creative ways—such as interactive games, apps, or other multimedia content—to make news stories more engaging and help reconnect people to fact-based reporting.

“Addressing Truth Decay requires thinking about all the different access points and pieces of the problem, and then pulling as many different levers as possible,” said Kavanagh. This will require a large-scale, joint effort among media organizations, journalists, researchers, and news consumers.

Taking action on every front will be vital. After all, our democracy depends on it.

How to Be a Better News Consumer

Whether you're watching TV, scrolling through your social media feed, or chatting with a friend, here are some tips from RAND researchers to help you become a savvier news consumer.

The research on which this article is based was conducted by RAND researchers. The full report, Profiles of News Consumption: Platform Choices, Perceptions of Reliability, and Partisanship (by Michael Pollard and Jennifer Kavanagh, 2019), was peer-reviewed and published to RAND.org; it is free to read online or download for personal use. Learn more about RAND copyright and permissions.

Funding for this research initiative was provided by gifts from RAND supporters and income from operations.