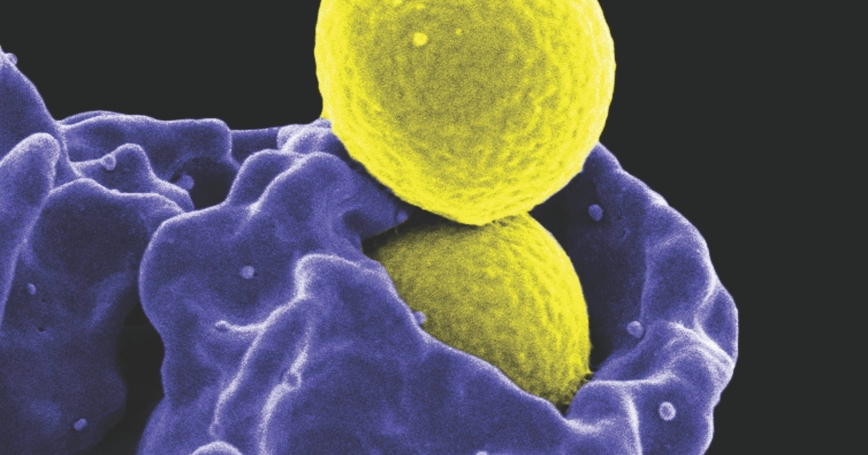 The rise of drug-resistant superbugs demands a massive worldwide research effort to combat them.

In all his years practicing medicine, Dr. Brad Spellberg had never seen an infection like this one, coursing through the blood of a young cancer patient.

Spellberg—now the chief medical officer at Los Angeles County-USC Medical Center and an expert on drug-resistant disease—had tested every antibiotic he had as the woman's condition worsened.

The lab reports all came back marked with the same deadly ‘R.' Resistant to everything.

This, he imagined, was what practicing medicine in the 1930s must have felt like. After decades of innovation in treatment, technologies, and health care delivery, here was a microbe so potent that even the best drugs were powerless to stop it.

He is still haunted by what he had to tell the woman's husband outside her hospital room: “I have nothing left to use.” She died the next day.

Modern medicine is built on the promise that antibiotics will clear away the bacteria that made everything from skin infections to surgery potentially lethal just a few generations ago. But drug-resistant strains of disease—“superbugs” in the headlines—have spread in recent years through hospitals, nursing homes, even locker rooms. 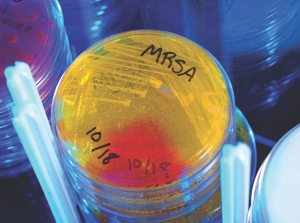 Left unchecked, that resistance could kill millions of people in the next few decades and stagger the world economy, according to models developed by research teams from RAND Europe and KPMG. Even their most optimistic scenario projects a worldwide loss of 11 million adults by 2050 because of antimicrobial resistance.

“In 2015, you're not supposed to confront infections that we can't fight,” said Spellberg, the author of a book on the growing danger of drug-resistant disease that he titled Rising Plague. It opens with the story of his losing fight to save that young cancer patient several years ago. “It leaves a mark,” he said.

Drug resistance has shadowed modern medicine from the moment the first dose of penicillin was given. It's a case study in unnatural selection. A successful antibiotic kills the most susceptible bacteria, but may leave behind a few that have adapted some kind of defense. Over time, those survivors spread while their weaker counterparts vanish, until resistance becomes the new normal.

For decades, a medical arms race sent new antibiotics into the field just as the old ones lost ground. But antibiotic overuse has given bacteria the advantage in recent years, while economic reality has shifted the focus of drug companies and researchers to more profitable therapies. The result has been a growing global threat that already kills an estimated 23,000 Americans every year.

The danger is even more acute in the developing world, where conditions such as malaria, tuberculosis, and HIV have also started to withstand the drugs used to fight them.

A British task force on antimicrobial resistance—a term that includes any resistant disease, viral or bacterial—commissioned RAND and KPMG to look into the medical future. They used existing health data and economic models to estimate what could happen worldwide if such diseases continue to build resistance.

The scope of the study included both hospital-acquired infections and infectious diseases, given the different impact of these in developed and developing countries. For hospital-acquired infections, the research team included only infections caused by one of three bacteria: Escherichia coli, Staphylococcus aureus, and Klebsiella pneumoniae. For infectious diseases, the team considered only resistance to drugs for the three conditions: malaria, tuberculosis, and HIV. They calculated that failing to tackle antimicrobial resistance could wipe out between 11 million and 14 million working-age adults by 2050 if current rates of resistance continue or even slow some. Eurasia and sub-Saharan Africa would be especially hard hit.

Then they darkened the picture.

Their purpose, the researchers said, was not just to sound an alarm about how bad it could get, but also to encourage a worldwide discussion about what to do about it.

A significant rise in resistance that put those diseases beyond the reach of first-line antimicrobial drugs 40 percent of the time would cost the world nearly 105 million working-age adults by the year 2050, they calculated. Increase the resistance rate to 100 percent, and the toll reaches 200 million. Completely eliminate all antimicrobial treatments—a worst-case scenario that would set medicine back 100 years—and the world stands to lose 444 million adults by the year 2050. The numbers include people killed by resistant disease as well as those who are never born because of it.

Those kinds of losses would carve at least $53 billion a year, on average, from the world economy, they estimated. At the high end, the average annual loss could top $3 trillion—roughly equivalent to today's annual British economy.

Their purpose, the researchers said, was not just to sound an alarm about how bad it could get, but also to encourage a worldwide discussion about what to do about it. Antimicrobial resistance has not generated the kind of urgent attention given to climate change, for example, in part because policymakers have not had a clear picture of the potential future burden, they wrote.

The findings surprised even the research teams, but the researchers cautioned that their models were limited by inconsistent data and a wide difference of opinion among experts about what might realistically happen in the coming decades.

“We always knew that there were going to be a lot of assumptions,” said analyst Jirka Taylor, lead author of the RAND Europe report. “But there really isn't any consensus about what will happen.”

A Call to Action

In fact, words of hope have started to creep back into the medical literature. A handful of new antibiotics have started to make their ways down the testing pipeline. Researchers also have started to look at drugs that disarm—but don't kill—harmful microbes, a breakthrough that would neutralize them without fostering resistance. Faster and better tests might soon eliminate the guesswork that too often prompts doctors to prescribe antibiotics "just in case," easing the problem of overuse.

And earlier this year, President Obama proposed a $1.2 billion investment to fund research programs and training initiatives that would slow the rise in microbial drug resistance, signaling that the United States recognizes the threat and is taking it seriously. The White House budget request was sent to Capitol Hill on February 2.

The World Health Organization has declared microbial drug resistance a “profound threat to human health.” It is expected to adopt a global action plan in May 2015 that will call for better use of existing antimicrobial drugs, stronger research and surveillance of resistant strains, and long-term investments in new medicines.

“This is a looming global crisis,” wrote the Review on Antimicrobial Resistance, the British task force that commissioned the RAND research, “yet one which the world can avert if we take action soon.” 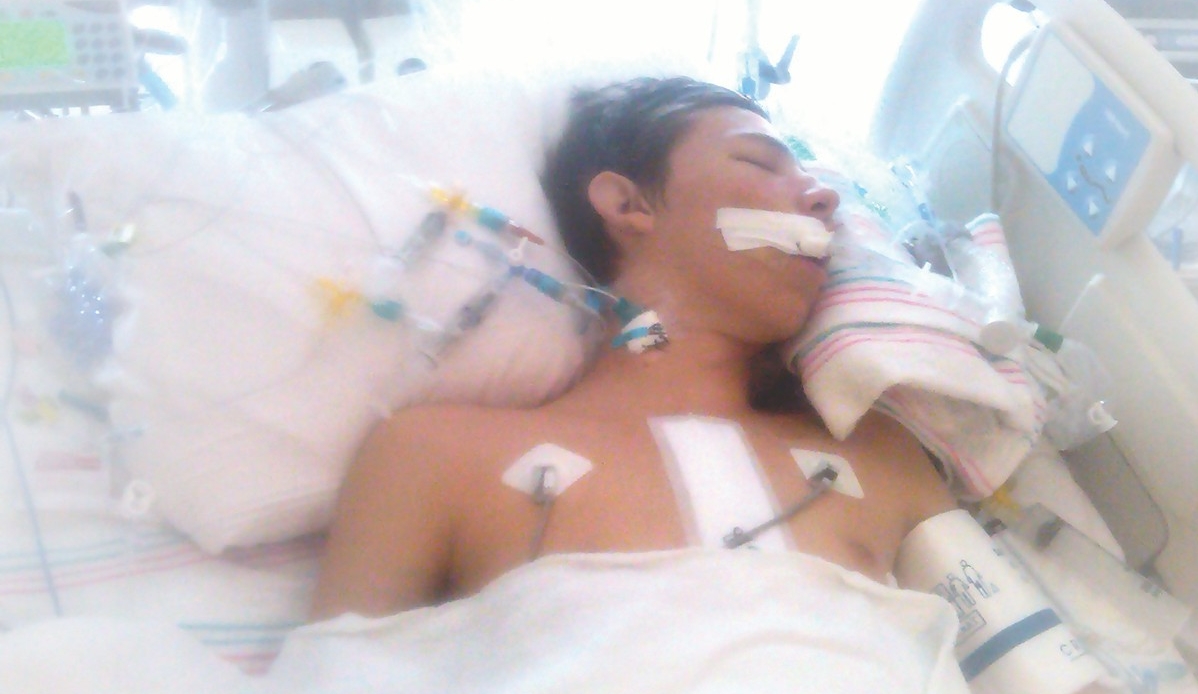 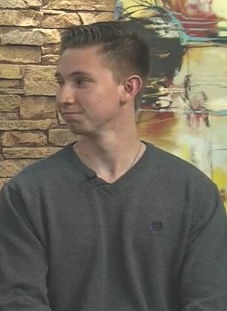 Joseph Paz still wakes every morning with an ache in his knee from a brush with drug-resistant bacteria that almost killed him.

It started with a broken toenail.

The infection that seeped into his body after a toe injury on the basketball court soon seized the muscle in his leg with pain that his Advil couldn't touch. Doctors diagnosed methicillin-resistant Staphylococcus aureus, a notoriously vicious infection better known as MRSA. By then, it had spread to his heart.

Paz spent three months in the hospital and underwent two open-heart surgeries; at one point, a surgeon had to scrape infection from his heart tissue. He never allowed himself to believe that his doctors would run out of options; what scared him more was the thought that the infection might already be one step ahead.

What scared him more was the thought that the infection might already be one step ahead.

In the end, the bacteria yielded to a big-gun antibiotic, but not before causing permanent damage to his knee. Paz had been a high school cross-country runner; afterward, he had to relearn how to walk.

“It was terrifying, really. It's out of your control,” said Paz, now 19 and a student at the University of New Mexico. “There was nothing I could do. I really had to just believe that I was going to make it through.”

Paz still can't run on his damaged knee; he has taken up bicycling, but misses the “runner's high” of a long race. He organized a 5K fun run last year in his hometown of Las Cruces, New Mexico, to raise awareness of the infection that threatened his life. He called it “Miles for MRSA.“ He's hoping to be able to walk the course later this year.