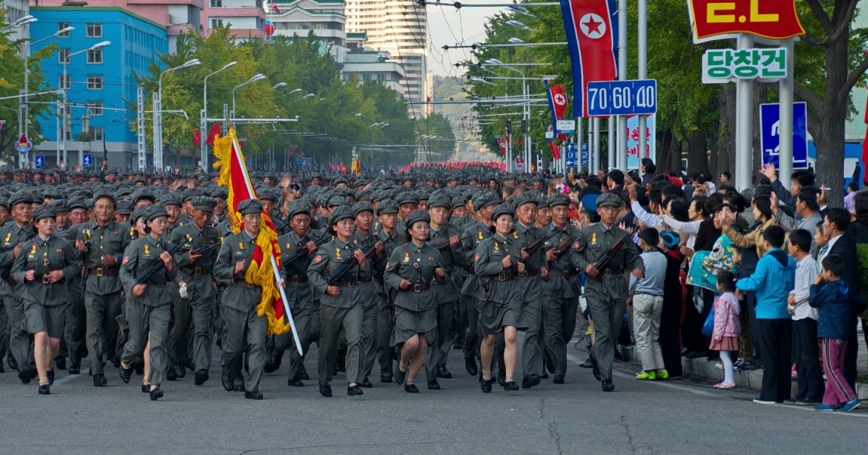 Photo by Uwe Brodrecht/CC BY SA 2.0

The phone rang just as Bruce Bennett sat down to dinner. He didn't recognize the number, which was a clue that something big had happened. He turned to his wife: “I wonder if this is a North Korean missile test.”

Bennett has spent his career at RAND becoming one of the leading experts on the world's most reclusive country. He has visited the Korean peninsula 107 times, talked strategy with top generals, and meets regularly with some of the most senior defectors to ever escape North Korea.

One radio host introduced him as someone who has forgotten more about North Korea than most people will ever know. When something alarming happens there, his phone rings. On that evening in July, it was a producer with CNN, looking for a quote on the intercontinental ballistic missile—capable of hitting Alaska—that North Korea had just fired into space.

The Stakes for Intervention Are Rising

Bennett has a story he likes to tell as a stage-setter in his briefings. Tensions were running high in the early 1990s. The leader of North Korea at the time, Kim Il Sung, called together his senior military officers and asked if they could win a war against the United States.

“Now remember,” Bennett says, “these were North Korean military people. What would they say? 'We're gonna win, yeah!' But then he asked them: 'If we lost, what do we do?'

“The North Korean military guys were all smart enough to know that was a really good time to keep your mouth shut. But his son, Kim Jong Il, the father of the current leader, spoke up and said, 'If we lose, I will be sure to destroy the earth. What good is the earth without North Korea?'”

Bennett is a soft-spoken man, unfailingly polite; one colleague described him as Mr. Rogers-esque. He came up through the ranks at RAND as a specialist in nuclear deterrence and defense strategy; he's now a senior defense analyst. He's been studying the inner workings of North Korea since the closing days of the Cold War, when the Pentagon asked for an assessment of it as a potential hot spot in 1990.

“Are we prepared to trade San Francisco for Seoul?”

He recognizes North Korea's nuclear strategy as a Cold War throwback in part, a concept known as decoupling. If North Korea can threaten mainland America, then it can raise the stakes for any American intervention on behalf of South Korea. As Bennett puts it: “Are we prepared to trade San Francisco for Seoul?”

He also sees in North Korea's young dictator, Kim Jong Un, a weak leader consumed by paranoia. To Bennett, the assassination of Kim's older half-brother earlier this year—by two women who dabbed VX nerve agent on his cheeks—was especially troubling. Kim had already murdered everyone who knew his half-brother and thrown their families into the gulags. The only threat the brother posed was in Kim's mind. 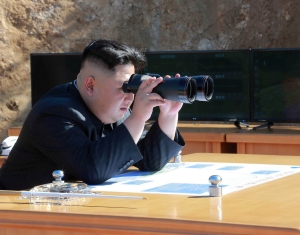 “That's important for interpreting what's going on,” Bennett says. Kim's subjects are taught that the earth revolves around North Korea, that the humanitarian aid they receive from other countries is really tribute paid to their great leader. “For a guy who's got what might generously be called a third-world economy, he's got to do something that makes him look like he's succeeding,” Bennett says. “Nuclear weapons are one way he can demonstrate that he's a god.”

What Are North Korean Defectors Saying?

Bennett's research has looked at what would happen if the Kim regime collapsed; he showed, for example, that the United States and South Korea might have to airlift 7,500 tons of food a day to avert a humanitarian catastrophe. He also has identified the North Korean elite as the real gatekeepers of their country's future, a powerful and privileged class that must be convinced it will not face ruin—or summary execution—without Kim there to protect them.

He likes to say that he has been inside North Korea twice, “kinda, sorta.” He once accompanied a U.S. colonel into a newly discovered tunnel the North had dug under the demilitarized zone, the rock walls scratched with graffiti extolling its “wonderful” leader. The second time was less exciting: A few steps across the border in the negotiations building at the “peace village” that straddles the two Koreas, past the armed guards grimacing at each other outside. 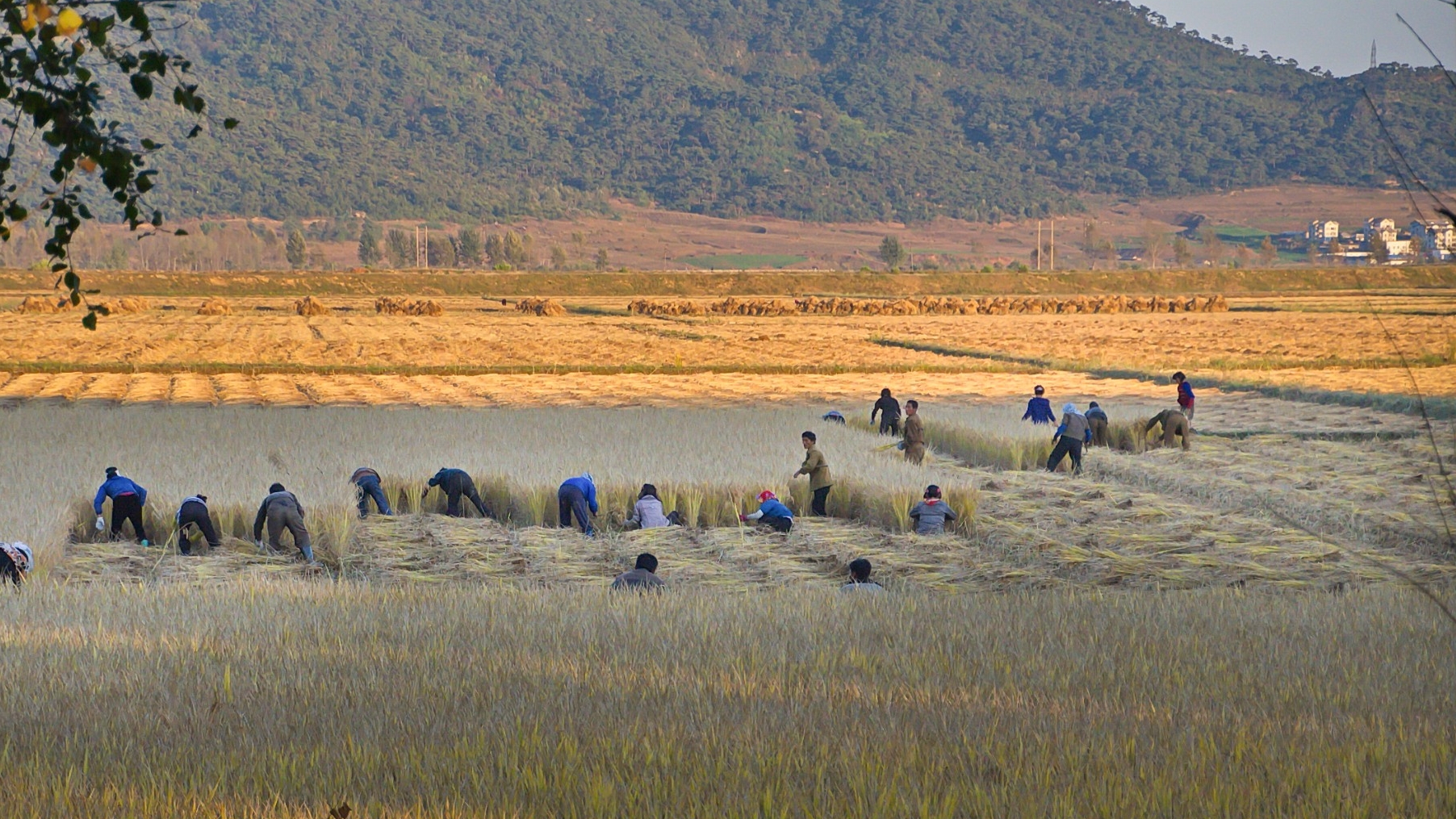 Workers in the North Korean countryside harvest hay by hand

Photo by Uwe Brodrecht/CC BY SA 2.0

Bennett has had good access to senior leaders in South Korea, thanks in part to his father-in-law, who was a well-connected expert on Korea at the National Defense University in Washington, D.C.

He can thank television for many of his contacts in the defector community from the North: In 2016, he delivered an hour-long lecture on what it would take to reunify South and North Korea, in primetime, on the biggest television station in Seoul. He got an email a few days later: I have someone that would really like to meet you. This guy is someone I think you will really want to talk to.

“This guy” was one of the most senior defectors to ever escape North Korea, a top official from its military-industrial complex. Over the course of a few hours in an out-of-the-way restaurant, and many subsequent conversations, the man filled Bennett in on the development of North Korea's nuclear program—and told him the North had purchased “many, many, many tons” of chemical weapons from a part of the former Soviet Union. “That came as news to me,” Bennett says.

He now has regular contact with around a dozen elite North Korean defectors—scientists, diplomats, merchants, military officers. Those meetings sometimes require precautions that most RAND research does not. Bennett was once so unnerved by the thought of a set-up that he agreed to meet a defector only in a crowded restaurant, in a crowded mall; he brought a colleague with him, just in case, and parked far enough away that he could run if he had to.

Defectors tell Bennett that they think a regime collapse could happen in the coming years.

Those defectors tell Bennett that they think a regime collapse could happen in the coming years—that Kim Jong Un is a brutal and unpopular dictator, but one who will not go down without a fight. He has the words of his father—“What good is the earth without North Korea?”—posted at various places in the capital city of Pyongyang as a rallying cry.

That kind of insider insight has helped make Bennett a reliable source whenever news breaks of another nuclear test or missile launch. The phone call that interrupted his dinner in July, for example, was the start of a hectic two days of interviews and media appearances.

The question is almost always the same: How should the U.S. respond? His answer: With full appreciation for the stratospheric stakes involved in any confrontation with Kim—and knowing that even the best military options could be cataclysmically bad. “There is no such thing as a surgical strike against North Korea,” he says.

“We don't really know for sure where all their weapons are,” he says. “Almost all of their aircraft are stored underground, in caves. Even some of the runways are underground, so that just as you're taking off, you're leaving the underground facility.”

Bennett has another idea, a nonmilitary option to convince Kim that the costs of his provocations outweigh any benefits: Let him know that the next time he tests a nuclear weapon, the United States will drop thousands of leaflets on his nuclear facilities, offering money and a good life to anyone who defects. Even one defection would damage Kim's credibility at home, weaken his claim to power—and expose whatever nuclear secrets he has. That would hit him where it hurts.

And if that doesn't work? Bennett would send another message to Kim: “Oh, by the way, we know that at 2:30 in the afternoon on the day you did your nuclear test, you were exactly here.”