An Inside Look at Life in the Army's Junior Ranks 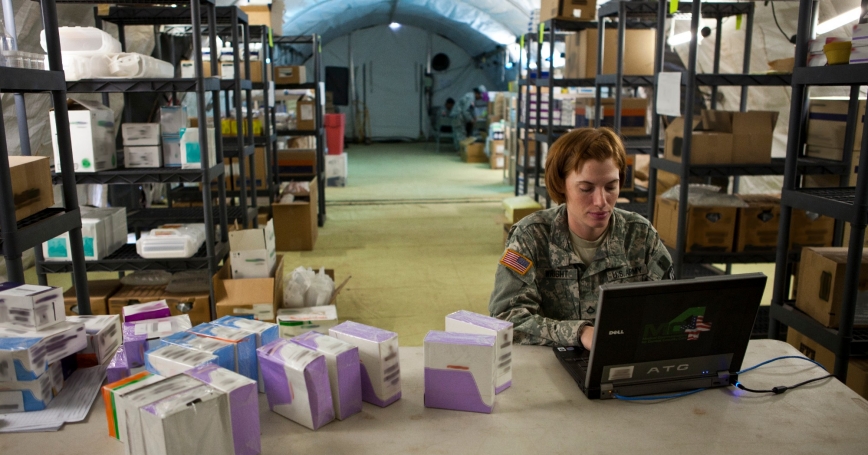 Tens of thousands of young men and women serve in the junior ranks of the U.S. Army. Their stories almost never get told. History records the names of generals, not of the privates filling out supply forms, cleaning out trucks, or huffing through another training exercise.

But those privates keep the Army running, and so their stories matter, especially as the Army looks to the future after 17 years of war. RAND researchers traveled to bases around the country and interviewed dozens of privates to find out who they are, why they joined, what they think about the Army, and how they see their futures.

The results provide a unique glimpse—for officers, Pentagon planners, and the outside world in general—at what it really means to serve in the junior ranks of the U.S. Army.

So many forms and paperwork and stuff that we have to learn. It's a lot different from what they told me. It's actually hard. It's a lot of work.

“This is not a set of experiences that you hear about all the time,” said Rebecca Zimmerman, a policy researcher at RAND who has spent two years deployed with the military in Afghanistan as a civilian analyst. She coauthored the new report, Life as a Private.

“I dislike the fact that in society today we over-valorize our veterans,” she added. “Not every soldier is a hero. But there is this honor in the everyday tasks of what the enlisted force does to keep the military moving, to keep it grounded and motivated and ready to do the incredible things that it might have to do. There is this dignity and honor in the enlisted profession that is hard to understand as an outsider.”

The researchers interviewed 81 first-term soldiers. Most were between 19 and 21 years old; 11 were women; and many had never lived away from home before. They could not speak for the Army as a whole, or even for their own units or specialties. What they could provide, with their identities protected, was their own unfiltered take on life in the ranks. 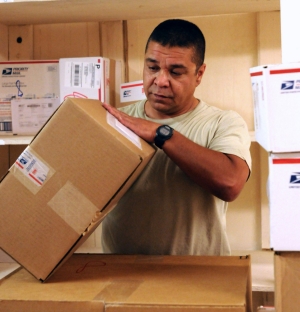 Sgt. John P. Patton, a battalion mail clerk stationed in Iraq, sorts anywhere from 500 to 4,000 packages and letters per week

They had joined for adventure, benefits, and a sense of duty, in that order. Nearly two-thirds said a family member influenced their decision to join—a mother or father, an uncle who had fought in Vietnam, a two-year-old son. Most saw the Army as their best chance to make a decent living, but a few had left jobs and taken pay cuts to join. They wanted to get out in the field, go on missions, jump out of airplanes—anything but sit around and shuffle papers.

The reality? Sometimes, they were sitting around and shuffling papers. Those in support roles, especially, like mechanics and supply clerks, complained of endless bureaucracy and forms to fill out. Medics and infantry soldiers, meanwhile, grumbled about excessive downtime and busy work that didn't seem to have anything to do with their jobs—what one soldier described as “sweeping wet grass.”

A few said they were frustrated at the lack of deployments. On the other hand, one soldier somehow thought the whole experience “was going to be more laid back, honestly.”

Many missed family and friends back home. Some missed the personal time and independence they had before the Army. The work could be physically demanding, and a few of the soldiers were nursing injuries.

But they liked the camaraderie with their fellow soldiers; most said that was the best part of life in their unit. They considered their leaders their most important source of support. One applauded the “really good” food. A solid majority said they felt financially secure, no small finding given that most had little or no college education or work experience. Almost all said they still thought the Army was their best option, and more than half said they planned to reenlist.

“I think you need to know what this generation is,” Army Secretary Mark Esper told the Army Times for a story about the RAND findings. “What motivates, what drives them to serve.”

That's important for a few reasons. 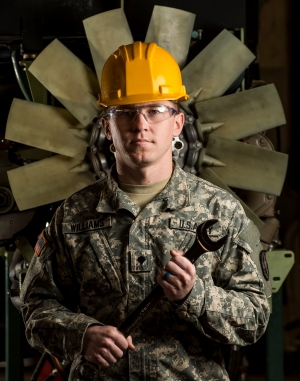 Army specialists, like this mechanic with the 346th Military Police Company (Combat Support), were included in RAND's survey if they had recently been promoted from private

For one thing, the life of an Army private is one that very few Americans know. By some estimates, only around 7 percent of the population has ever served in any branch of the military. A 2015 poll of young adults underscored that divide: 60 percent supported sending ground troops to fight the Islamic State; but when asked if they would go, 85 percent said either probably not or definitely not.

The RAND report also could help the Army strengthen its recruiting efforts, especially as it shifts from a constant war footing and spends more time in garrison. The Army could highlight family ties and the bonds among soldiers, the researchers wrote—but should avoid setting unrealistic expectations. Potential recruits could use the report to get a better sense of what they're signing up for. Officers could use it to make sure the experience is all that it can be—maybe with a little less sweeping of wet grass.

Recruiters show you this awesome video with Bradleys shooting stuff and motorcycles and all this cool stuff and we don't actually do any of that stuff.

The researchers are now compiling six of the interviews into a book of oral histories. When it comes out early next year, it will provide one of the few accounts of the Army experience— the real Army experience—in the words of the privates who live it.

Nobody signs up for the Army expecting a cushy nine-to-five. But a RAND survey of soldiers shows the range of difficulties they face, even on stateside posts, and whether the Army is doing enough to help.

Researchers asked thousands of active-component soldiers at 40 installations about the biggest day-to-day challenges they and their families face. Some of the top responses would sound familiar in any office park: 44 percent said they felt stressed or overwhelmed; 43 percent had trouble sleeping; and 40 percent reported poor communication with their coworkers or supervisors.

But then the researchers sat down with small focus groups of soldiers to dig into their problems and how they cope. Daily challenges? Try having to bring your children to early-morning exercises because the post child care center isn't open yet. Or missing a day of work for a few minutes with a medical specialist whose office is more than an hour off post. Or just trying to do your job amid swirling rumors of the next deployment.

The challenges varied from post to post. Soldiers at Fort Gordon, in Georgia, for example, said there just wasn't enough to do outside of work. At Fort Hood, soldiers talked about the strain of deployment and the need for more marriage counselors. 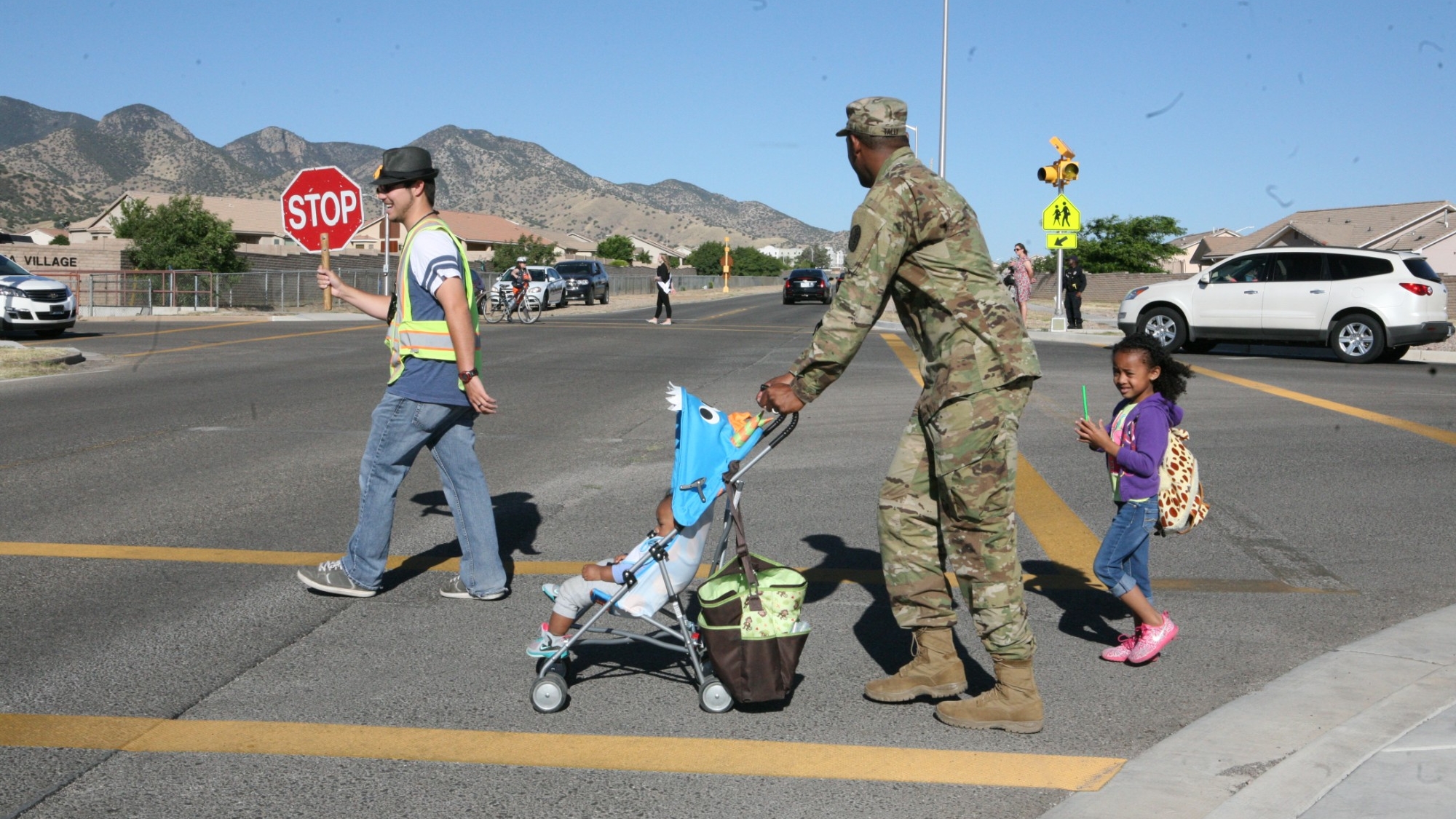 An officer walking his children to school and daycare on Bike and Walk to School and Work Day at Fort Huachuca, Arizona, May 4, 2016

Many of the soldiers said they were reluctant to ask for help. But results from the survey showed that almost 80 percent of the soldiers who reached out for help were able to get the support they needed.

That support came from formal and informal sources at their installations— most often from their superiors or buddies, military doctors or counselors—as well as from their network of friends and family outside the military. There could be barriers for sure: long wait lists, inconvenient hours, concerns about stigma and privacy. But the study found that when soldiers sought help, they could usually get what they needed.

The study was the first to assess Army support programs through the eyes of those who use them, not just at the “Big Army” level, but also at individual garrisons. That approach yielded some important insights into how the Army could make garrison life a little easier for soldiers and their families.

Longer child care hours. More partnerships with nearby civilian health care providers. More time and training for leaders to engage with their troops and help them navigate the bureaucracy.

What soldiers wanted, often, was a little more flexibility in existing programs, and a little more information to help them access that support without having to go to their superiors with every problem. That, and maybe a few more entertainment options at some posts.