A Novel Approach to Helping People Returning from Prison 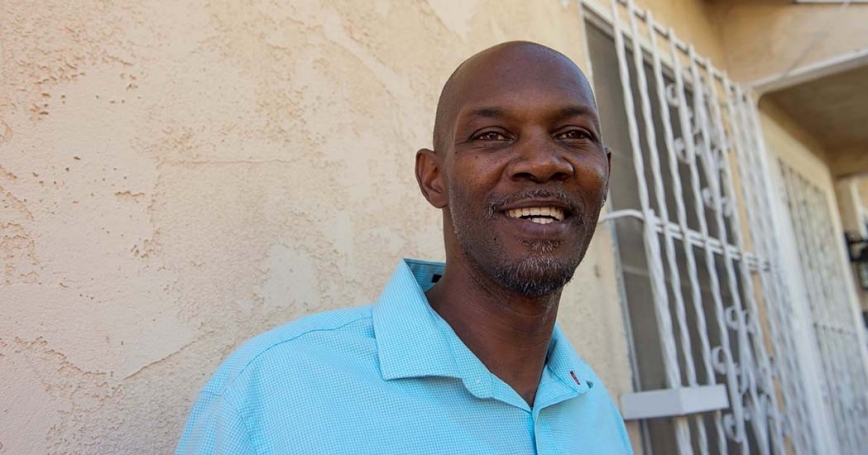 Eric Holmes, who volunteered for a RAND study of what support people need when they return to communities from prison

Eric Holmes lost two years of his life inside Pelican Bay State Prison after he and some friends tried to rob a bank. “It was a wake-up call, reality in the face,” he says now. “Is this what you want for yourself? Is this the life you want?”

He got up early on his first full day of freedom and went to see his parole officer about getting a new start, a new job. The officer sent him home: “We don't have anything right now. We got nothing.”

One in every 38 adults in America is in prison, in jail, on probation, or on parole. As a population group, they face crushing rates of unemployment, homelessness, chronic illness, and mental health problems. A recent RAND study looked at what it would take to get them the support they need at that pivotal moment when they walk free. It relied on the expertise of people who know the system from the inside—people like Eric Holmes.

“You're happy about being free, but after a few weeks, you want to work or go to school or something,” said Holmes, a barber by trade, with the easy demeanor of someone who talks to people for a living. “You just want to feel important. You want to involve yourself with life.”

Several years ago, a cancer clinic in southern England decided to try something new. It asked its patients to work side by side with clinic staff to improve its services. The patients didn't know the latest research on cancer treatment or clinical care, but they were experts in the experience of being patients.

Researchers started calling this “experience-based co-design.” It provided insights that hospital administrators had never thought of. Those first cancer patients, for example, asked the clinic to remove a red privacy line on the floor near the check-in counter. To them, stepping over that line was the moment they became cancer patients.

The method had never been used before in the United States, and had never been tried outside of a health care setting. But RAND researchers thought it could help improve services for people getting out of jail, the same as it did for cancer patients. They decided to try it on one of the biggest and most challenging stages possible: Los Angeles County, Calif.

How to Change the Reentry Trajectory

More than 16,000 people mark their time within the concrete confines of the Los Angeles County jail system, the largest in the world. When they get out—and almost all of them will—many will return home to their communities with no job prospects, no place to stay, and no idea where to go for help. Around 70 percent of them will commit new crimes and cycle back into the system.

When people get out, many will return home to their communities with no job prospects, no place to stay, and no idea where to go for help.

“They're released, and they're pretty much on their own,” said Lois Davis, a senior policy researcher at RAND who has spent her career working to break that cycle. “Providing them services can help them get back on their feet, able to support their families, able to overcome addiction problems and avoid crime. In the long run, the community wins.”

Davis and Peter Mendel, a senior sociologist at RAND, convened a working group to put experience-based co-design into action. It brought together county agencies, service providers, and more than 50 men and women who had served time. They weren't “ex-offenders” or “former inmates”—as a sign of respect, the team called them “returning citizens.” And to underscore how central their experiences were to the process, the first group meeting opened with a video of them describing their lives since getting out, the red lines they had faced. “If you don't stay strong,” one says, “you'll lose.”

Many were homeless. Most were unemployed. Yet month after month, for more than a year, they caught rides or took the bus to make the evening group meetings. They described the hurdles they encountered—the lack of housing, prescriptions that fell through the cracks, services scattered across the 4,000 square miles of L.A. County. And they described the everyday headaches. 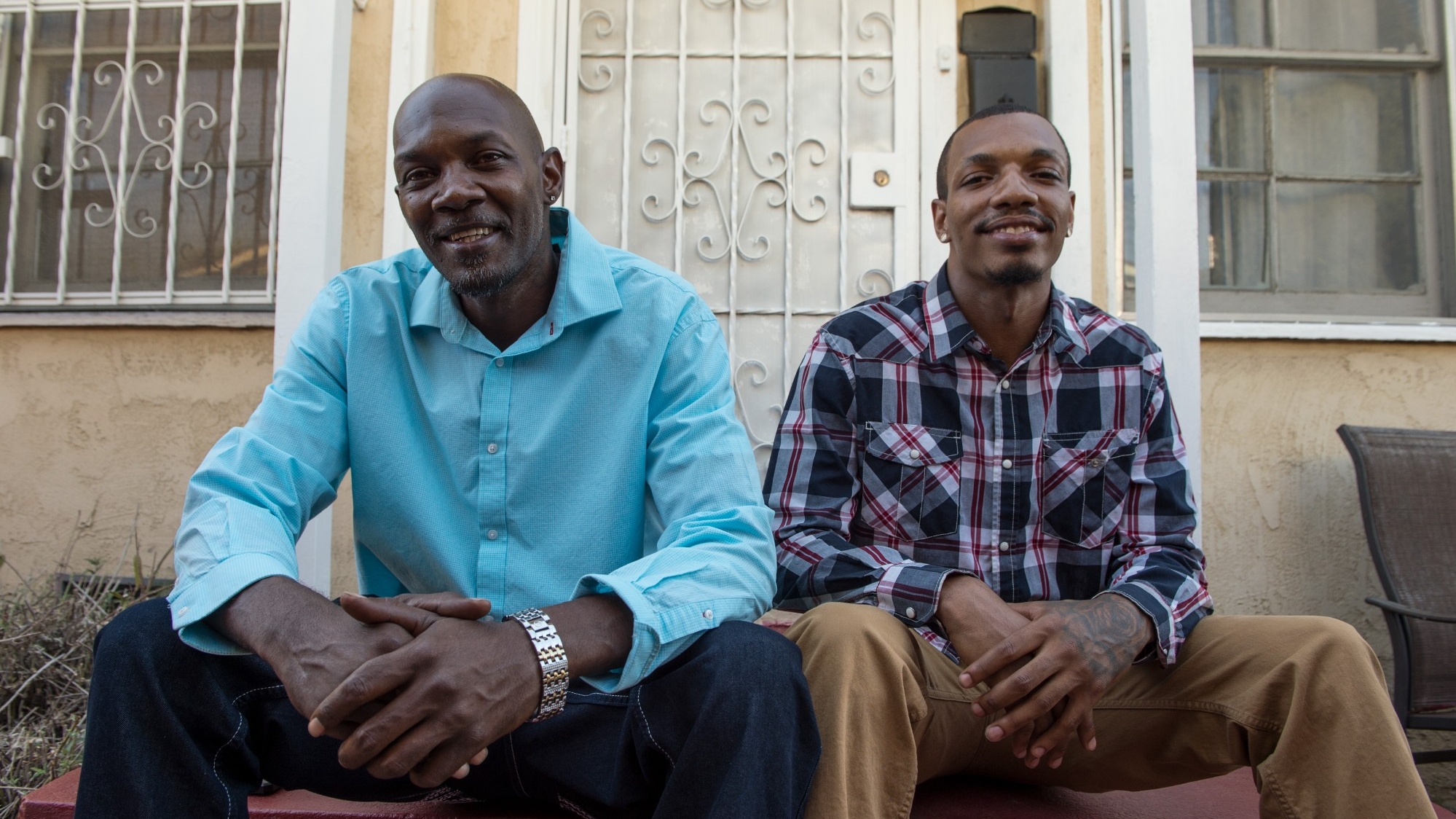 “People are just rude,” said Cedric Farmer, a returning citizen himself, who played a crucial role in the study, recruiting participants and helping them tell their stories, through his work with Los Angeles Metropolitan Churches. “Things that lead to altercations or get you killed in prison, people do out here all the time. Bump into you without saying excuse me, walk in between folks. That was the largest thing I had to adjust to, just how rude people are.”

Nearly two dozen service providers also participated, representing county agencies, housing, health, and social service organizations, and a community reentry coalition. Neither they nor the returning citizens were used to seeing things from the other's perspective. As one provider said, “We usually talk about them, not to them.” But little by little, they began working together, as equal partners.

The working group identified four top priorities that the service providers thought were feasible, and the returning citizens thought could change lives.

In time, they identified four top priorities that the service providers thought were feasible, and the returning citizens thought could change lives: (1) A better pre-release process that builds trust with providers and helps connect people with housing, health care, and other services before they get out. (2) One-stop service hubs in community locations that bring together everything from employment help to family services to warm showers. (3) Affordable, safe housing near family and work. And (4) more long-term mentoring and support for the “overwhelming, exhausting process of reentering society.”

“What kinds of things would help?” someone asked at one of the first group meetings. A returning citizen stood up, gestured around the room, and said: “This.”

This Project Can Be a Model for Others

“There are a lot of services trying to address the needs of returning citizens,” Mendel said. “But they're often designed without much input from the very people who need the services. We wanted to get everyone into the room to really focus on the experiences of these returning citizens.”

Several of the service providers have said they would use the findings to push for change in their own organizations. County officials have also expressed interest. The Robert Wood Johnson Foundation, which funded the project, has shared the approach with other leaders and researchers in criminal justice reform. 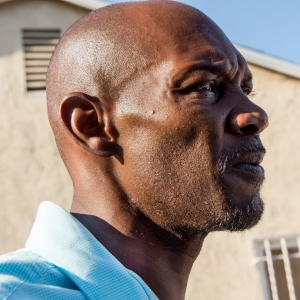 “People need a plan when they get home, they need a good start,” said Holmes, now several years removed from his time in prison and a shorter stint in the L.A. jail system. “That's going to limit the chances of them going back to crime, going back to drugs. They need that opportunity, so they're not right back where they left off when they went to prison.”

He considers himself lucky. He had a place to go when he got out, a mother who supported him through the toughest times. He learned construction, worked some odd jobs, and earns a paycheck now as an in-home caregiver. He's even started picking up occasional side jobs back behind a barber's chair.

“I didn't need clothes when I got out, I didn't need a home, I didn't need medication,” he says. “That's why I volunteered for the study, to see what we can do about helping all the people who do need those things. It's all beneficial if it can help the next person.”