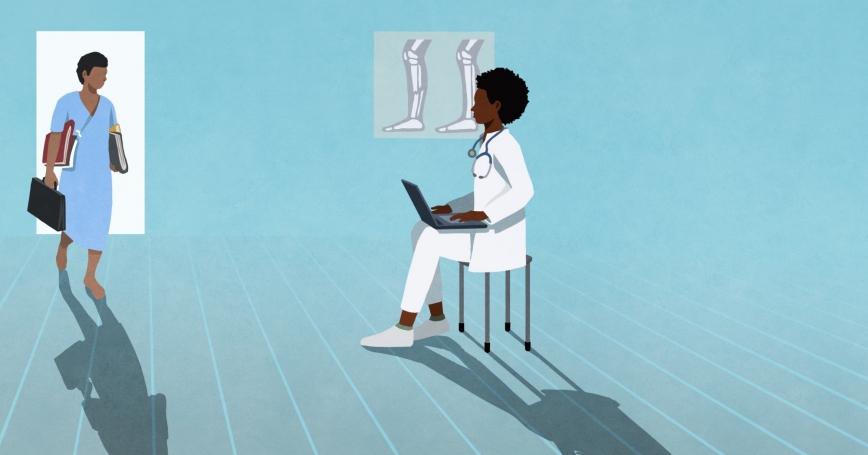 Brian Denger knows as much as anyone about caring for a child with Duchenne muscular dystrophy, a rare and fatal genetic disease. But you won't find him listed as a contributor to the clinical guidelines that doctors use to treat the disease. That's because he's not a medical expert, not a doctor; he's a father.

Clinical guidelines have become as much a part of medicine as lab coats and stethoscopes. They can dictate insurance coverage and help hospitals set quality standards. Yet they often lack the perspective of people like Denger who care the most about good treatment: patients and their caregivers.

Researchers at RAND have been working with Denger and other families living with Duchenne to better center clinical guidelines on the realities of real patients and caregivers. Their solution borrows from a method developed at RAND nearly 70 years ago to help military planners think through the challenges of the emerging Cold War, the Delphi method.

Patients and Caregivers Are Experts, Too

Denger bought his son Matthew a tricycle for his fourth birthday. Matthew couldn't seem to pedal it. He sometimes stumbled when he walked, despite what appeared to be especially well-developed calf muscles. All of those, Denger now knows, are signs of Duchenne.

The disease, a single glitch in the genetic code, affects almost exclusively boys and attacks the major muscles in their bodies. Matthew couldn't walk by the time he was 8. He couldn't roll himself over in bed when he was 13. “What's your job?” his father would ask him. “To call you,” was the answer. “What's my job?” “To come help me.” Matthew died of heart failure when he was 20. 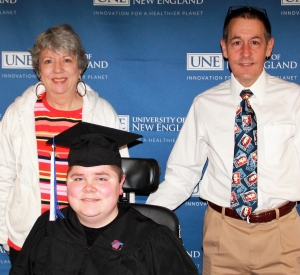 Photo courtesy of the Denger family

Denger has the same deal now with his younger son, Patrick, who also has the disease. He's become a veteran of daylong doctor visits, an expert at lifting his son onto an exam table and positioning him to be comfortable during a bone scan. He signed on to RAND's project to make sure the guidelines for treating patients like his two sons take into account their experiences.

“What may seem to be an otherwise easy protocol for treatment might not be for all people,” he said. “It may not change any decisions, but the doctor might be able to provide more guidance in certain areas, to help families anticipate potential pitfalls.”

Clinical practice guidelines are the user manuals of modern medicine. If the human body can suffer it, chances are there's a guideline for treating it, from burns and breaks to cancers and strokes. At their best, they provide gold-standard guidance to doctors: how to diagnose and treat a condition, what symptoms to watch for, what tests to order.

But that's not always the reality.

The National Academy of Medicine has described guideline development as “unsatisfactory and unreliable.” In part, that's because it so often fails to engage any patients or caregivers. One study found that three-quarters of clinical guidelines were developed without any input from the people who would actually experience them.

“If we can understand what the barriers and concerns are for patients, we can write better guidelines that they're more likely to follow.”

“It's patients who have to follow these clinical recommendations,” said Dmitry Khodyakov, a senior sociologist at RAND who has worked for years to solve that problem. “Clinicians can recommend something, but at the end of the day, they don't have much power over whether or not a patient will actually take the pill or do the test. If we can understand what the barriers and concerns are for patients, we can write better guidelines that they're more likely to follow.”

Which brings this story back to 1951.

How to Build Better Guidelines

RAND researchers wanted to know how many nuclear bombs it would take for the Soviet Union to cripple America's munitions industry. They asked several experts for their best estimates. Then they sent those answers around to the group and asked the experts to reconsider their estimates in light of how everyone else had answered. Over a few rounds of that, the estimates converged around a single, consensus answer. (In the bombing question, it was around 275.)

That approach has come to be known as the Delphi method, after the classified project it was part of. It's been adapted and expanded for use in business and police work, engineering, and health care. A version of it, developed by RAND and UCLA, has become the industry standard for developing clinical guidelines, to make sure they reflect the consensus of medical experts. Khodyakov thought it could give patients a meaningful voice in those guidelines, too.

He teamed up with Parent Project Muscular Dystrophy (PPMD), an advocacy group that maintains a national registry of Duchenne patients. From that, the study team recruited more than 100 people living with Duchenne as patients or caregivers. They reviewed more than a dozen recommendations in the existing guidelines for Duchenne, rating them on their importance and their acceptability. Then they discussed their ratings in an online forum, and revised their ratings in light of that.

In the end, they agreed that most of the recommendations were both important and acceptable—but with some extra considerations. They pointed out that patients with Duchenne might not be able to lie flat for long periods of time for recommended bone scans. They questioned whether children should be expected to undergo some treatments that require regular injections. They disagreed, even within the group, over how important it is to treat puberty delays in boys with Duchenne. And they wanted to know whether insurance would cover everything the guidelines prescribed.

“Clinicians are experts, but the patients with the disease are also experts. They're the ones living with it on a daily basis.”

The results didn't overturn any of the existing recommendations; that wasn't the purpose. Rather, they revealed some nuances that could make future versions more useful to doctors—and more likely to be followed by patients. The team called its approach the RAND/PPMD Patient-Centeredness Method.

“We haven't had a good method for involving patients before. That's where I think this method is really powerful,” said Natalie Street, a health scientist and genetic counselor at the Centers for Disease Control and Prevention, who helped develop the Duchenne guidelines. “Clinicians are experts, but the patients with the disease are also experts. They're the ones living with it on a daily basis.”

Khodyakov has met with groups working on guidelines for other diseases to describe the method and the importance of getting patients involved. Duchenne was a good test case, he said, because the disease is so rare, so complex, and the balance between treatment and quality of life is so precarious. But there's no reason the method couldn't work for any disease.

That would help make clinical guidelines a little less clinical, and a little more responsive to patient preferences, concerns, and values.

“I frankly think it's a little bit silly to develop guidelines without engaging patients and their families,” said Kathi Kinnett, a nurse practitioner and the director of the Certified Duchenne Care Center Program. “So many times in the hospital, we make recommendations and then are surprised when patients come back and haven't followed them.”

Brian Denger sees one other important lesson here. Guidelines may describe a typical patient; but for patients and caregivers, there's no such thing. His son Matthew died of complications from Duchenne at 20; his other son, Patrick, with the same disease, recently turned 25. He can't walk, but he can drive. He's a college graduate, an occasional pianist, and a professional gamer with an online following and a dominant record in “The Legend of Zelda.”

“It's important to get the patient voice in there,” Patrick said. “We're living with it; we know what goes on. Even with this condition, you can still lead a pretty normal life. I can drive, I have friends, I have all the stuff that everyday people have.”

Clinical guidelines can provide the best recommendations, the most up-to-date treatments and tests, his father said—but that's not everything in patient care. “It's that human aspect, of course, that's the hardest part,” he said.