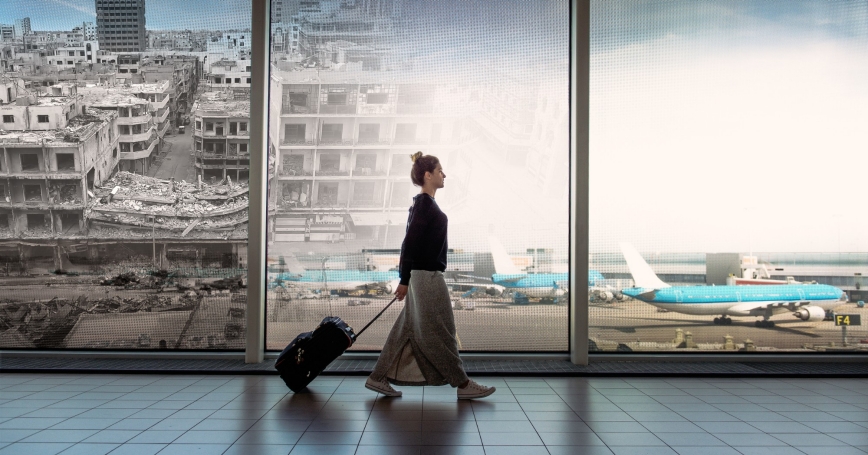 Erica Kaster has spent a good part of her adult life deployed to some of the most dangerous places in the world. She knows what it's like to be stopped by men with guns, to find bullet holes punched through the walls of her living quarters. She's not a soldier, though, or a military contractor trained for war. She's an international advisor, a civilian.

The United States has thousands of civilians like her serving overseas—diplomats and drug-enforcement agents, treasury officers and disaster-relief specialists. They often work alongside the military in places like Iraq or Afghanistan. But when they come home, RAND researchers have found, their experience is much different. Many get no more support than a close-out briefing and a few extra days of time off.

“I wouldn't do this if I didn't love it and think it was worth it to go to these places to support security and stability,” said Kaster, who has deployed more than a dozen times to high-risk areas like Iraq, Libya, and Sudan. “The military has a number of programs to take care of its people when they come home,” she added. “It shouldn't be a crazy requirement to do the same thing for civilians.”

Two decades of war have put an unprecedented number of deployed civilians into combat zones or other high-stress, high-risk areas.

At any given moment, well more than 10,000 civilians are on assignment around the world for federal agencies like the State Department or the Drug Enforcement Administration. Some serve in wealthy world capitals or well-protected embassies. But two decades of war have put an unprecedented number of them into combat zones or other high-stress, high-risk areas.

Yet surprisingly little research has looked at whether those deployed civilians get the support they need when they come home. Federal analysts tried to answer that question in 2010, but they hit an immediate roadblock. Few agencies kept track of civilian employees who had served overseas and returned.

Molly Dunigan decided to take another look. She's a senior political scientist at RAND whose previous research included a landmark study of private military contractors. It found that at least a quarter of those who had deployed to combat zones exhibited signs of posttraumatic stress disorder, most of it untreated. Unarmed civilians working in some of the same places, she thought, probably had some of the same needs.

“With the types of wars that we're engaged in, it's not like those civilians can necessarily stay back behind the front lines,” she said. “It made sense to think about how to make sure reintegration services are available to this other part of the total force, which are the civilians.”

Dunigan and a team of researchers interviewed more than 30 agency managers and previously deployed civilians. Their study spanned the federal government and the Department of Defense, but it did not include intelligence agencies like the CIA. It found that civilians who deploy on behalf of most federal agencies come home to support that is often incomplete and insufficient, and sometimes entirely nonexistent.

Civilians who deploy on behalf of most federal agencies come home to support that is often incomplete and insufficient, and sometimes nonexistent.

Few of the interviewees had received support services that are standard issue in the military, for example—family programs, decompression activities, mandatory health assessments. Some had deployed under temporary contracts, not as permanent employees, and received no post-deployment support whatsoever. Even when additional services were available, it was often up to the returning civilians to ask for them, and few even knew they existed. Many worried that seeking help would hurt their careers.

“With the military, you have a whole unit come back and go through a redeployment center, almost like a reorientation to being back in the United States,” Dunigan said. “But when you have an individual working at a desk at the State Department, who deploys to Afghanistan for six months and then comes back, they're really on their own.”

The researchers found no good data on the number of deployed civilians who return with posttraumatic stress disorder, depression, or other mental-health injuries. But they found some evidence that it could be substantial.

A 2015 assessment of the U.S. Agency for International Development (USAID), for example, described “severe and unsustainable levels of stress” among employees in high-risk environments. A 2010 study of State Department employees in high-stress posts reported that more than half struggled with insomnia, jumpiness, and other adjustment issues when they came home. 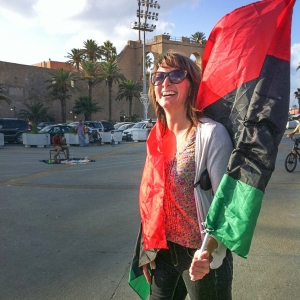 Erica Kaster with a Libyan flag in the main square of Benghazi, 2011

Kaster has been there, looking over her shoulder, paranoid that someone was still listening in on her phone conversations. The constant strain of her work in Sudan left her with a temporary eye twitch and a mild stutter that disappeared months after she came home. She found herself crying at home, at work, on the bus, after the 2012 attack on the U.S. mission in Libya, where she had lived and worked alongside Ambassador J. Christopher Stevens in 2011. Then she spent weeks deployed to Southern Turkey to work on the U.S. response to the Syrian civil war.

“I came home for a temporary rest break, and I was just exhausted, stressed, not sleeping well,” she said. “I had a very emotional argument with somebody close to me, and something inside me just shattered. For weeks, it was like shots of adrenaline just coursing through my body, every time an anxious thought crossed my mind. All my stress, from all those years in crisis environments, just came crashing down upon my head. I didn't make the return trip to Turkey.”

She was fortunate, though. Her work at the time brought her under the umbrella of USAID. Among all of the agencies in RAND's study, it provided some of the most comprehensive support to its deployed employees, along with the State Department and the Drug Enforcement Administration. That includes decompression activities, special courses on post-deployment resilience—and the counseling services that helped pull Kaster out of what she describes as her tailspin.

But much more could be done.

Federal agencies should develop a standard approach to helping their deployed employees manage the transition home, the researchers concluded. That could include a checklist to make sure those employees know about the programs available to them. It also should include mandatory health assessments, exit interviews, better tracking of returned civilians, and more support services for them and their families.

Federal agencies should develop a standard approach to helping their deployed employees manage the transition home.

The military can provide some guidance here. For example, agencies should consider grouping returning civilians into units and sending them through formal reintegration programs together. Agency leaders also need to head off any stigma around asking for help, something the military has been working on for years.

“The fact is, we all go out to these places knowing the worst can happen,” Kaster said. “But it's because, in areas where there's a lot of unpredictability, there's also a lot of opportunity. There's a potential to really move the needle.”

She apologized: The phone connection was cutting in and out. She was working on another project, she explained, gathering lessons from a program to help communities scarred by the terrorist group Boko Haram recover and resist violent extremism. She was on the ground, pushing the needle, in the far north region of Cameroon.