'The Future Could Be Brilliant': RAND's CEO Is an 'Apocaloptimist' 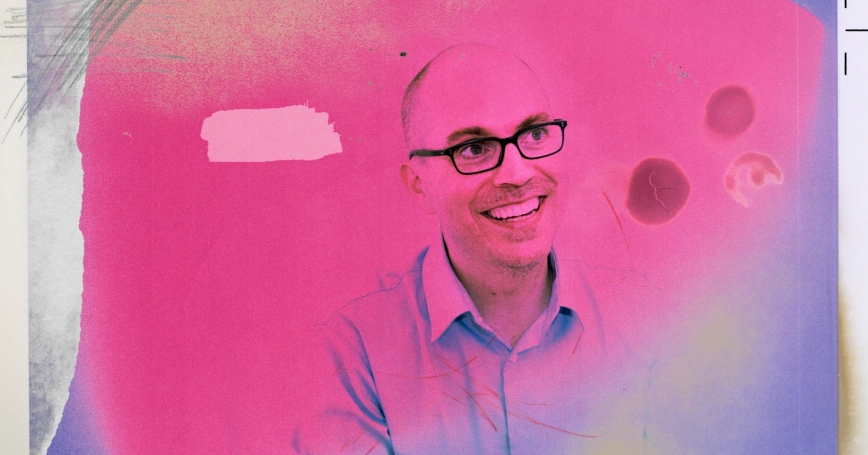 Jason Matheny had a short list of priorities as he started work as RAND's new president and CEO earlier this summer. Strengthen the competitiveness of democracies for the 21st century. Prevent technological disaster. And prevent the Truth Decay that's damaging American politics.

Matheny has spent his career trying to see what's coming around the next corner, from synthetic viruses to artificial intelligence. His work has taken him from the housing projects of Chicago and the remote villages of India to the Pentagon and the White House. A friend describes him as an apocaloptimist—“meaning,” he says, “that we're on a really good trajectory, if we can just avoid any threats to our existence.”

“We should be aiming to improve the world as much as we can with whatever resources we have,” he said. “The future could be really brilliant if we dedicate ourselves to solving the world's most important problems. There's no better place to do that than RAND.”

Matheny is a technologist, a futurist, a huge fan of '80s pop music, and a self-confessed nerd. He describes his ideal day as sitting at the beach with his wife and an iced coffee, reading research reports on his tablet. To calm his nerves before a big speech, he imagines the Big Bang, 13.8 billion years ago, and tells himself: “This will be over in 20 minutes, and in 13.8 billion years, it's not going to matter that much.”

He grew up in Louisville, Kentucky, and learned the importance of public service from his mother, a city planner; his father, a professor of child development; and his sister, who went on to be a schoolteacher. He went to college in Chicago, hoping to become an architect and work in affordable housing. While there, he took a side job doing social work in Chicago's Cabrini- Green Homes, which opened his eyes to the depths of structural poverty in America.

He was in the school library one day when he stumbled across a report from the World Bank. One number stopped him cold: Around 2.5 million people were dying every year from vaccine-preventable diseases, most of them children. “That was just so staggering for me, that we have this level of avoidable misery in the world,” he said. It helped convince him to change his focus to public health.

That was the first time his career turned on a moment. The second came several years later. He was working on an HIV prevention program in India when news broke that scientists had synthesized the polio virus in a test tube. Some of his colleagues had spent decades working to eradicate the virus responsible for smallpox. Now it seemed a matter of time before someone could rebuild it in their basement.

He began digging into any research he could find on biotechnology and risk, and kept coming across the same name: Andrew Marshall. A former RAND researcher, Marshall by then was the director of the Pentagon's Office of Net Assessment, and an early voice of caution in the expanding field of biotechnology. Matheny sent him an email, not even knowing if he had the right address. Marshall wrote back—and invited Matheny to meet the next time he was in Washington. It was his introduction to the national security world.

The best ideas are going to come from a more diverse group of thinkers.

Matheny joined IARPA—the Intelligence Advanced Research Projects Activity—a few years later to work on developing better ways to detect biological weapons. He later served as the director of a division known simply as the Office of Anticipating Surprise. He oversaw one of the largest crowdsourcing experiments in history, an effort to predict world events with the combined wisdom of tens of thousands of ordinary people. One clear takeaway that has shaped his leadership ever since: The more diverse the teams, the better their results. “The science on that was strong,” he said. “The best ideas are going to come from a more diverse group of thinkers.”

He became the director of IARPA in 2015, and the assistant director of national intelligence a few years later. When Foreign Policy magazine named him a top global thinker in 2015, it described his work as a “crucial link” between science and national security.

More recently, he launched a think tank at Georgetown University that focuses on averting risk from artificial intelligence and other emerging technologies (sample publication: “AI and the Future of Disinformation Campaigns”). He joined the White House in 2021 to lead policy on technology and national security.

RAND's Board of Trustees selected him from a field of more than 200 candidates earlier this year to become RAND's sixth president and CEO.

“What excites me about the future is that the United States is still, currently, the world's primary engine for invention,” he said. “We continue to demonstrate the value of democracy and diversity by showing that they work. And we're still the destination of choice for the world's leading scientists and engineers.”

“What concerns me,” he added, “is that if you ask me 20 years from now, I'm not sure those three things will still be the case.”

He said he is intent on listening—to RAND's researchers, alumni, fans, and critics—and working with them to identify how RAND can make the greatest impact. But he said a few broad topics were obvious priorities for those next 20 years and beyond:

We're at an especially fragile moment right now. We have technologies that are potentially highly destructive for which we don't have good defenses or good forms of governance.

Keeping up with technological change: “We're at an especially fragile moment right now,” he said. “We have technologies that are potentially highly destructive for which we don't have good defenses or good forms of governance. You can synthesize a new virus from scratch for $100,000. To develop a vaccine costs more than $1 billion. That's a 10,000-to-1 cost asymmetry, offense vs. defense, and we don't know how to fix that.”

Democracy vs. autocracy: “Among the things that will end up mattering the most are the competition between democracy and autocracy, and proving that the democratic system can still function in a much more complicated world than the one in which it was originally designed. During the Cold War, RAND built up a bench of economists, linguists, and political scientists who understood the Soviet Union better than anyone else in the country. We now need that same level of technical depth in order to understand China's political, military, and economic plans and capabilities.”

Domestic challenges: “A large part of our population has been left behind—economically, in education, in measures of health and opportunity. How do we address these structural disadvantages that we see in this country and many others? At the same time, we face challenges from climate change, from aging, from the costs of chronic health problems, and we need to figure out solutions.”

Truth Decay: “Truth Decay—the diminishing role of facts and analysis in public life—is one of the true existential risks, not just to the United States, but to democracy globally. It cuts across what's required for democracies to function, which is that we have some common way of agreeing on facts.”

“For nearly 75 years,” he said, “RAND has had an uncanny ability to identify the most important trend lines and play a significant role in helping the world navigate them. Our mission—to help improve policy and decisionmaking through research and analysis—requires us to make sure that the most consequential decisions are informed by the best possible evidence. We now have a moment where we need to think about what will define the next 75 years.

“If you could read a history book in the year 2098, what are going to be the key themes, the highlights? And what is the role that RAND will play in helping the world safely navigate those years ahead?”

He hopes to be remembered for one thing when those future histories are written: “reducing the risk of human extinction by .00000001 percent or greater,” he said. “Hopefully greater.”