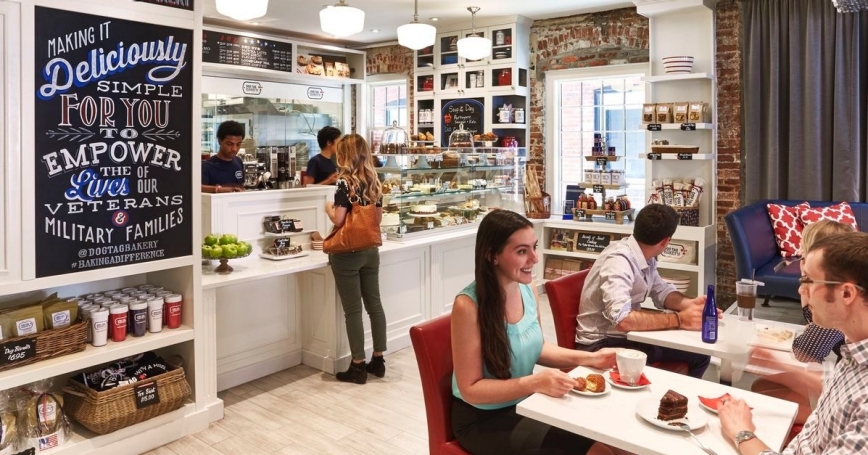 Christen Sumner was adrift, treading water, not quite sure what she wanted to do with her life or whom she wanted to be. She needed a new direction, a reason to start kicking. She found it at a bakery in an old rowhouse on Grace Street in the Georgetown neighborhood of Washington, D.C.

The bakery is called Dog Tag, and while it's known for its brownies and butterscotch blondies, that's never really been its sole purpose. It's a living business school where service-disabled veterans, military spouses, and caregivers can get a taste of running their own company. It counts change not only in dollars and cents, but also in self-confidence, fulfillment, dreams pursued, and lives saved.

A RAND study found the bustling bakery on Grace Street has become the center of a thriving community, a model for helping veterans and other members of the military community reestablish their lives. One former student described it as boot camp for the civilian world. For Sumner, it was a chance to not just find work after a recent move with her Army veteran husband, but to silence the nagging doubt that told her she didn't measure up. She wrote in her application to Dog Tag that she wanted to find herself. 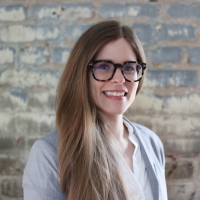 Dog Tag opened in 2014 with a few prize-winning recipes, a hashtag (#PurposeBakedIn), and a big idea. It would bring together small teams of service-disabled post–9/11 veterans, military spouses, and caregivers. For five months, it would immerse them in an intensive entrepreneurial-focused business program. They would take classes through Georgetown University to earn a certificate in business administration, and apply what they learned in Dog Tag's bakery, café, and online business. Along the way, they would focus on their wellness, share personal stories of obstacles and growth, and define for themselves what success looks like.

Success, for Dog Tag, on the national stage has included a Starbucks promotion in 2018 that put its chocolate-and-potato-chip brownies on café shelves nationwide. A viral video that same year showed Barack Obama and Joe Biden catching up over sandwiches at the Dog Tag counter (“We so appreciate you guys,” Obama can be heard telling the bakery crew). But the most significant measure of the program's success has always been its impact on each individual fellow. As Dog Tag looked to the future, and to expanding the program beyond its Georgetown roots, the organization asked RAND to help it measure that impact.

Researchers interviewed nearly 50 people who had gone through the program. Every one of them described it as transformative.

Researchers interviewed nearly 50 people who had gone through the program. Every one of them described it as transformative—personally, professionally, or both. Many talked about how hard it had been to leave the military and try to build a new life in the civilian world, before they found Dog Tag. “I'm the gray house on the block of 99 blue houses,” one said. “And the blue houses say, ‘Why can't you just paint yourself blue?'” Three former fellows said Dog Tag had saved their lives.

Mateo Clough came to the program after years of isolation and pain from multiple back surgeries and other health problems. He had served for nearly two decades in the Marines, the Air Force, and the Air National Guard, with four deployments. All of that was gone. He joined Dog Tag looking to belong to something bigger than himself again, a community that would accept him for who he is. He had just recently come out as gay. 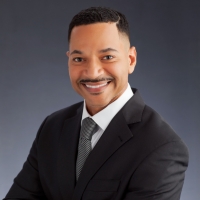 “I needed to reconnect with the world around me, and I wanted to do it from an authentic place, which was new to me,” he said. “I had to learn to be myself, to speak my truths, and to be someone I could be proud of. Dog Tag was an opportunity to find my voice, to find those true connections, to help me get where I was trying to go.”

RAND researchers took what they heard in the interviews and developed a survey that they sent to around 150 Dog Tag alumni. More than 70 percent of those who answered said the program continues to shape their personal and professional lives. More than half were working on their own business ideas: a pop-up shop for natural hair accessories, an embroidery business, a dog park with a bar attached. Most said they now felt that they had a professional mission.

Many also said the program had given them a focus that reached beyond business and entrepreneurship. A majority of the former fellows said they were engaged in work or volunteering that served their communities. They ranked their own personal well-being as a higher priority than their resumes. More than 80 percent said they left the program with more confidence.

For Christen Sumner, the turning point was a speech. It was on how healthier workplace snacks could improve worker productivity, a topic she knew well as a certified nutritionist. But she was so nervous that she memorized every word and would wake up at night reciting lines in her sleep. When the time came and her name was called, she nailed the speech—and then decided she had put herself through too much unnecessary stress trying to make it perfect.

“I realized it's okay to mess up; failure is going to happen,” she said. “I think that was one of the biggest parts of the program for me. Just because I fail doesn't mean I'm a failure. From that moment on, I really embraced that. I might fail, I might stumble, but I can get back up.” 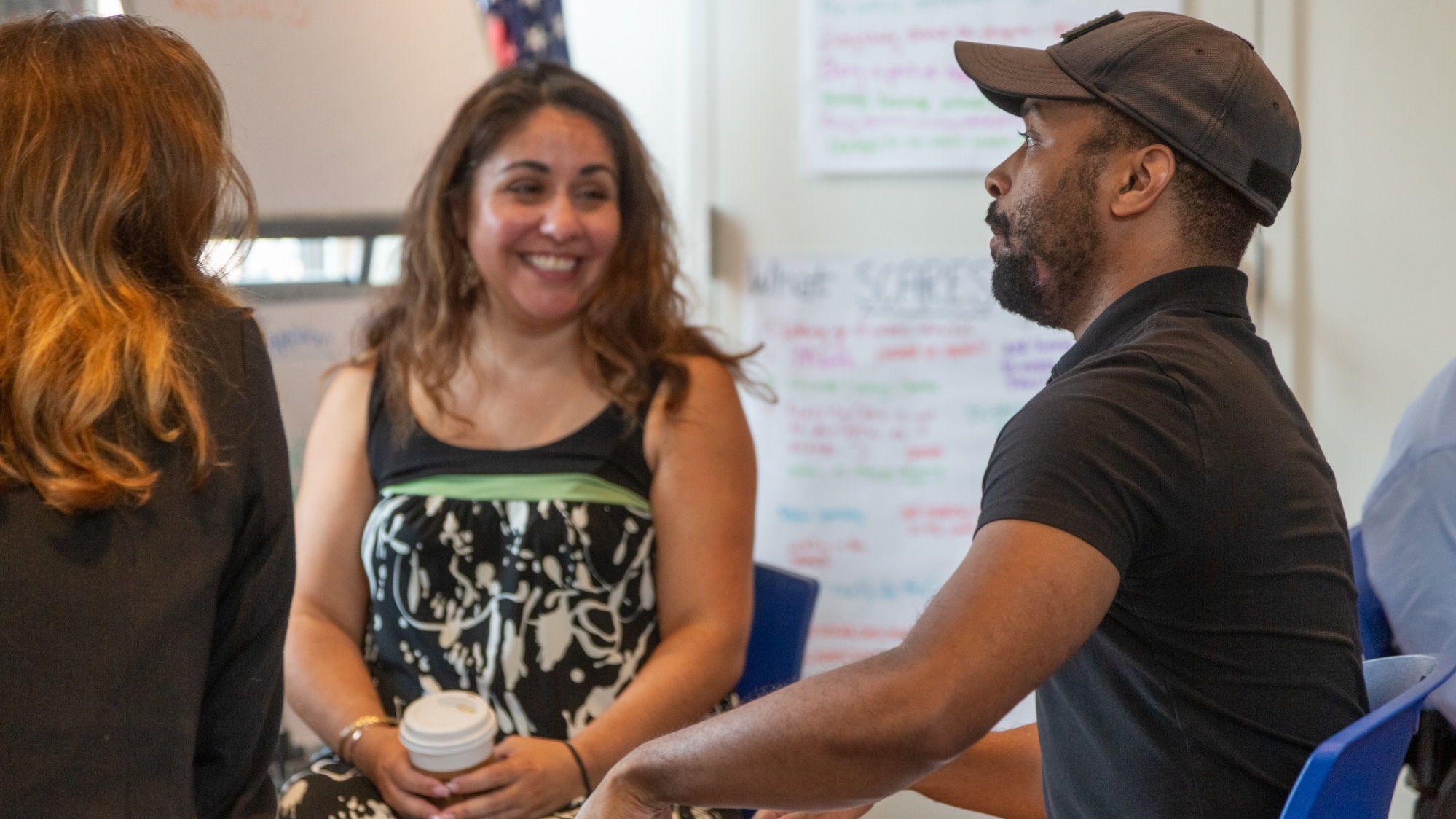 RAND's study underscored some of the challenges that veterans and other members of the military community continue to face. Around half of Dog Tag's fellows said they had physical or mental health conditions that kept them from their goals. More than a quarter said they were unemployed—some by choice, but some not. Nearly half said they were underemployed during the early months of the pandemic.

Tens of thousands of service members—and their families—transition out of the military every year. The many organizations set up to help them need to know what works, and what doesn't. Dog Tag's partnership with RAND provides a case study in what that could look like. “Dog Tag wanted a stronger understanding of what it means not just to go through this program, but to rebuild your identity after the military,” said Kathryn Bouskill, a social scientist at RAND who helped lead the study.

“This work is one small glimpse into a big challenge, and a big opportunity, for this country,” she said. “It's an example of how one small organization is able to put rigorous research into how we understand this pretty precarious time for people, and respond.”

Dog Tag has used the results to assess every aspect of its program, to ensure it's still meeting the needs of the people it serves. It has put more focus on wellness activities—including a personal narrative exercise it calls, appropriately enough, Finding Your Voice—after the survey showed how life-changing those had been. For Dog Tag, the study provides a baseline as it looks to the future. It recently expanded its fellowship program into Chicago. 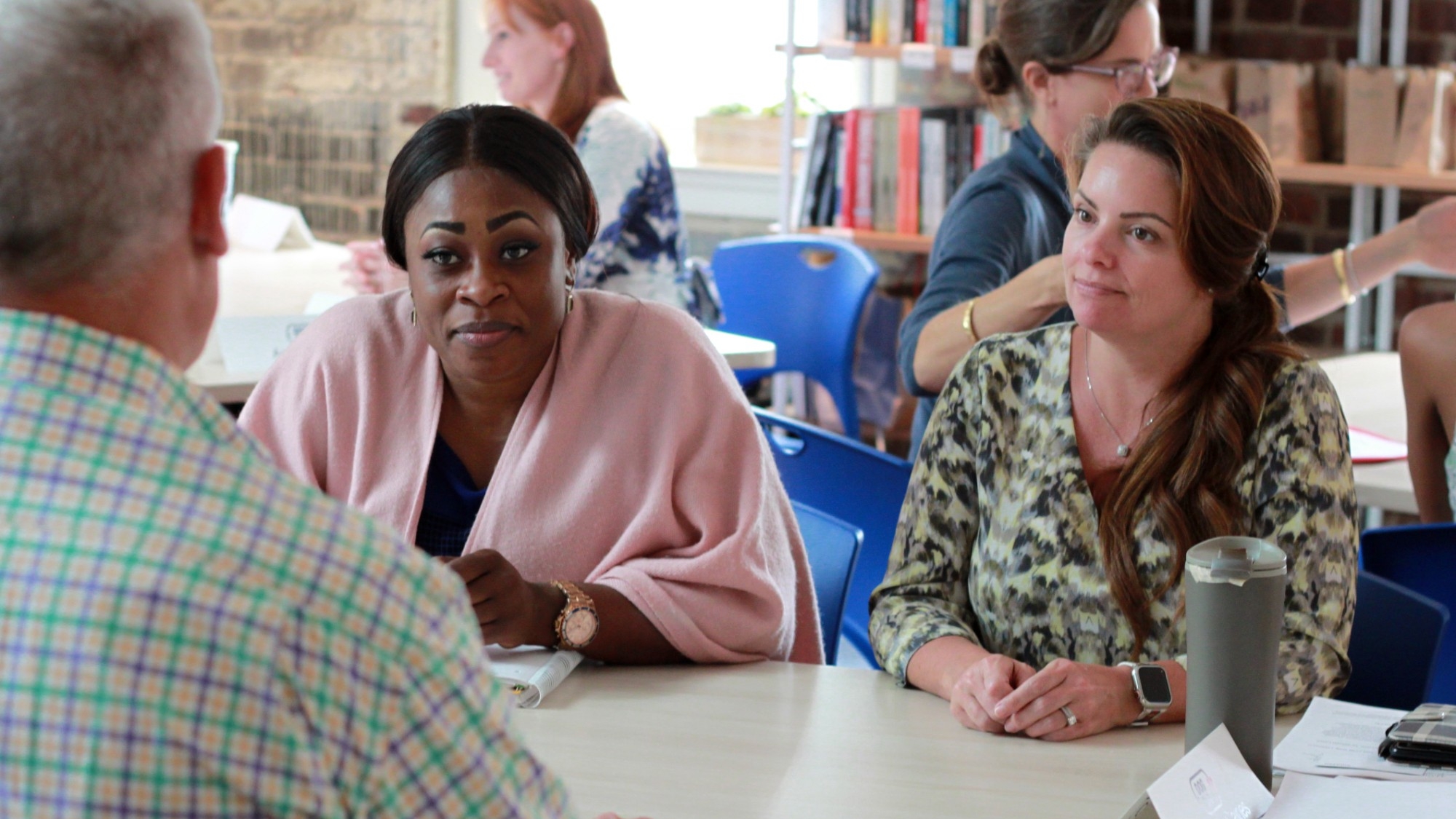 “It really serves as a model for what other veteran-serving organizations can do,” said Stephanie Holliday, a senior behavioral scientist at RAND who coauthored the study. “They're so invested in each individual person. They don't just let them go afterward; they really hold tight to this community.”

Mateo Clough graduated from the program in 2020—not with a business plan, exactly, but a calling. With the national fabric seeming to fray on all sides, he has made it a personal mission to foster dialogue between people who don't agree with each other. Dog Tag, he said, has become part of his community, a community he was so hoping to find. “I believe it will be part of me for the rest of my life,” he said.

Christen Sumner graduated in 2021. She's been working since then as an executive assistant while she takes classes at Georgetown for a health and wellness coaching certificate. “The first thing I tell people about Dog Tag is that it changed my life,” she said. “For the longest time, I felt like I was just projecting what others wanted from me. Dog Tag helped me take off that mask and really find my own voice.”

The business plan she developed as a Dog Tag fellow was for a health and wellness coaching service for military and veteran women. She called it Wildwood Coaching, inspired by a personal motto that was also the title of her Finding Your Voice presentation: “Bloom where you're planted.” She filed the paperwork in July.