How Accurate Is TV's Portrayal of Terrorism?

Many hit television shows, movies, and books center on terrorists and the fight against them. No one knows better than the award-winning television writer, producer, and author Howard Gordon that terrorism sells. His credits include the hit shows Homeland and 24. But how accurate are the portrayals of terrorists and government officials in entertainment? And do fictional depictions ever influence real-life policymaking? In this Events @ RAND podcast, Gordon spoke with Andrew Liepman, senior policy analyst at RAND and former deputy director of the National Counterterrorism Center, about the allure of terrorism in entertainment and how its depiction differs from the reality of terrorism on the ground. 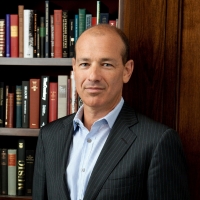