Between 1999 and 2009, U.S. health care spending nearly doubled, climbing from $1.3 trillion to $2.5 trillion. The figures are striking, but what have they meant for individual Americans? RAND research published in the journal Health Affairs depicts how rising health care spending affects an average American family—in this case, a median-income married couple with two children, all covered by employer-sponsored health insurance.

This infographic is based on RAND research published as D. I. Auerbach and A. L. Kellermann, “A Decade of Health Care Cost Growth Has Wiped Out Real Income Gains for an Average US Family,” Health Affairs, Vol. 30, No. 9, September 2011. The RAND research brief is available at www.rand.org/t/RB9605. Other data are fromThe Baltimore Sun, the College Board, the National Association of Child Care Resource & Referral Agencies, and CreditCards.com. 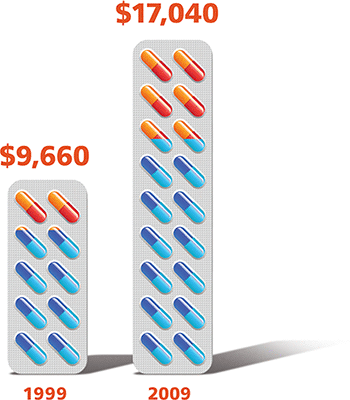 However, the complex ways in which Americans paid for health care obscured how this happened.

What Families Got for Spending Nearly Twice as Much

What Families Were Left with

Total annual income, including employer-paid contributions to family health insurance premiums, grew from $76,200 in 1999 to $99,120 in 2009—an increase of nearly $23,000. However, price and tax increases, together with the jump in health care spending, left families with just $1,140 in additional available income. 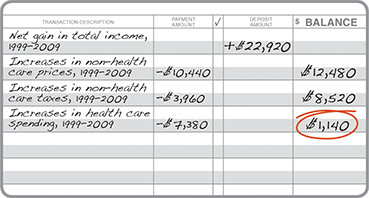 What Families Could Have Been Left with 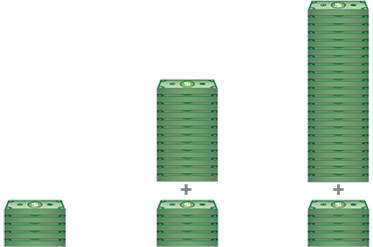 What Families Could Have Done with the Extra Money

During the 1990s, U.S. health care spending grew at the rate of GDP + 1%. If spending had continued growing at that rate instead of accelerating, families would have had an extra $2,880 in 2009. They could have…