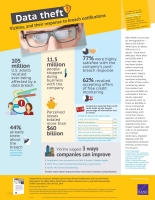 Data Theft Victims, and Their Response to Breach Notifications

Data Theft Victims, and Their Response to Breach Notifications

A summary of the results of RAND's first-of-its-kind survey aimed at learning about consumer response to security breaches is available on RAND dot org.

Data theft cuts across all demographics -- about 105 million Americans, or about 43% of all U.S. adults -- have been affected. More than half (56%) didn't know their data had been stolen before receiving a notification of the breach. Nearly two-thirds (62%) reported accepting an offer of free credit monitoring. While the median loss was around $500, an estimated 6 million adults reported perceived costs to them as $10,000 or more. Companies do a good job at responding, with more than three-quarters of adults reporting being very satisfied with post-breach responses. But 11%, or an estimated 11.5 million Americans, stopped dealing with the responsible company entirely as the result of a breach.

This infographic summarizes the results of a nationally representative survey of 2,038 adults regarding the last breach notification they received. Dollar losses and population numbers are estimates extrapolated from those survey data.

Consumers reported that credit cards made up the largest percentage of information lost or stolen.

Types of data lost or stolen

Participants were able to check all that applied, so percentages add up to more than 100%. 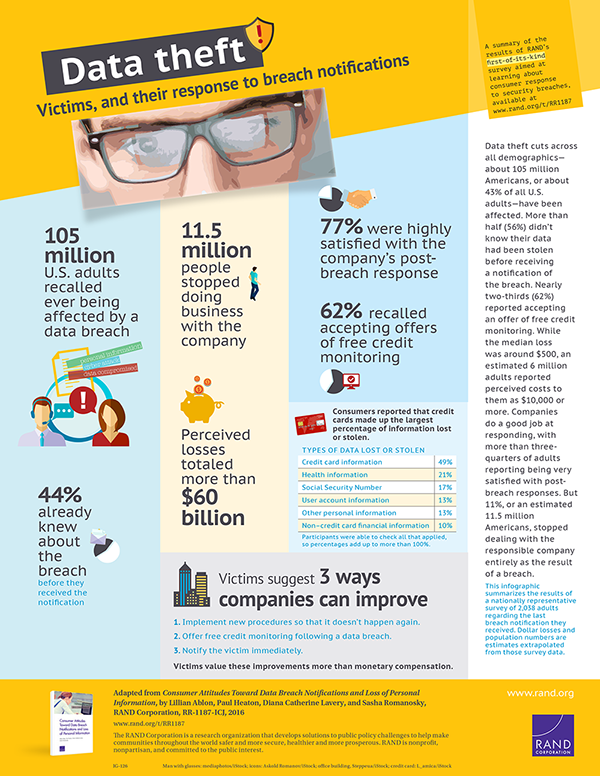