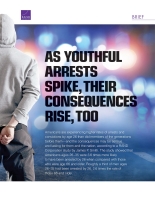 As Youthful Arrests Spike, Their Consequences Rise, Too 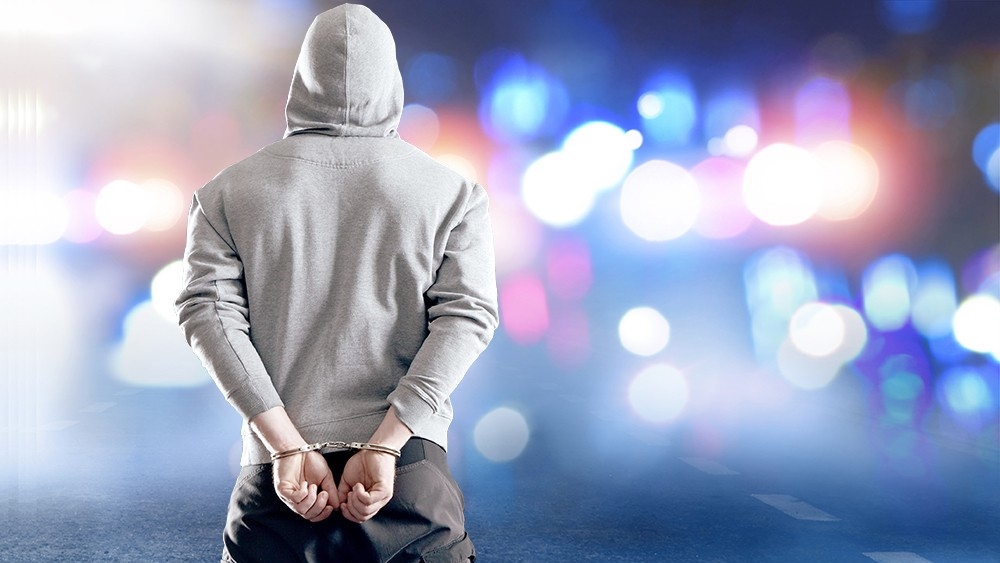 Americans are experiencing higher rates of arrests and convictions by age 26 than did members of the generations before them — and the consequences may be serious and lasting for them and the nation, according to a RAND Corporation study by James P. Smith. The study showed that Americans ages 26–35 were 3.6 times more likely to have been arrested by 26 when compared with those who were age 66 and older. Roughly a third of men ages 26–35 had been arrested by 26, 2.6 times the rate of those 66 and older.

The Rising Trend in Arrests Is Broad-Based

The rise in arrests affects all groups of Americans ages 26–35 studied: men and women, black and white. Although arrests of black men by 26 remain more common (33 percent for black men versus 23 percent for white men), the trend toward more arrests by that age is much stronger in relative and absolute terms among white men. The arrest rate for white men by 26 has increased almost threefold in recent decades.

Women, too, have experienced a more rapid relative increase in arrests, though from a smaller comparative base. While arrests by 26 among women 66 or older were rare — about one in 100 — about one out of seven women 26–35 years old had been arrested at least once by 26.

Rising rates of arrests and convictions by 26 are associated with lower probabilities of being married, fewer weeks worked, lower hourly wages, and lower family incomes during Americans' adulthood.

The Cause Is Still Unclear

Without further study, it is unclear to what extent the detected arrest and conviction trends reflect a real increase in youthful criminal behavior; these shifts could instead reflect an increase in arrests and conviction for the same patterns of behavior that existed in the past. But the RAND study noted that the sheer size of the increase in interactions with the criminal justice system very likely suggests that there are elements of both increased activity and increased enforcement.

Among those studied ages 26–35, 60 percent with less than a high school degree had been arrested at least once by 26. This was mostly true for both white and black groups. Contrast this with the 23 percent of those with arrests by that age among male college graduates in the 26–35 age group, once again without any real male racial difference. For women, 27 percent of those studied ages 26–35 without a high school degree had been arrested by 26, compared with about 8 percent among college graduates ages 26–35.

Education, the study data show, plays an outsized role in explaining racial arrest differences, especially for men in the 26–35 age group. This is much less true among women. The overall higher rate of arrests by 26 among black adults in the 26–35 age group correlates with lower education levels.

Multiple arrests are becoming far more common over time, with 11 percent of those ages 26–35 experiencing more than one arrest by 26. This is a common occurrence for the black men studied in the 26–35 age group, with more than a quarter of them arrested more than once by 26.

Multiple arrests are far more common not only among black men but also among men versus women. Among those ages 26–35 with at least one arrest by 26, almost half of men and 40 percent of women had been arrested more than once. Using the same metric and age group, 62 percent of black men in the 26–35 age group had been arrested multiple times by 26.

Arrests for All Reasons Have Been Rising

Many reasons why Americans younger than 26 being arrested may not seem that serious, with the study category of "other misdemeanors" representing 31 percent of arrests for women and 28 percent for men. Underage drinking accounted for 11–16 percent of all arrests.

But many reasons for arrests are serious, indeed. Assaults, robberies, and thefts combined accounted for 19 percent of all arrests for men and 28 percent for women in the study. Similarly, drugs were the reason for arrests in 9 percent of the cases for men and about 8 percent for women. Drug arrests, though less prevalent than other causes, have become much more common over time, especially for women. Two-thirds of all drug arrests among all women by 26 occurred among those ages 26–35. The comparable number for men was 69 percent.

The study found that young black men had higher arrest rates, rates of multiple arrests, and conviction rates than young white men. In contrast, there appeared to be little difference in any of these outcomes between the black and white women studied.

The unconditional conviction rate among the young Americans examined has risen dramatically over time, especially for women. Across all groups, Americans ages 26–35 were 6.5 times more likely to have been convicted of a crime by 26 when compared with the oldest age group in the study.

Those arrested at least once by age 26 had about $5,000 less in earnings per year as adults, and this difference was about $8,000 higher if there were multiple arrests by that age. The largest negatives were associated with violent and drug arrests: Those who had been arrested for these crimes by age 26 averaged about $11,000 less in earnings per year. Over a lifetime, these yearly income reductions are sizable. Over an average of 35 working years, the average lifetime penalty for being arrested by age 26 would be $180,000, with an additional lifetime penalty of about $275,000 for multiple arrests by age 26.

Findings in this study were derived from a survey of participants in the national Panel Study of Income Dynamics, which has collected information about 5,000 American families comprising 35,000 individuals for the past 50 years. The survey, conducted by University of Michigan researchers, is representative of 95 percent of the U.S. population, excluding career criminals. It focuses primarily on tracking work history and economic outcomes. But the 2014 survey included supplemental questions developed by study author James P. Smith on participants' family histories, including whether respondents had ever been arrested or convicted of a crime by age 26. New information emerged on

The study also details the long-term harms of increasing criminalization, including convictions, of younger Americans.

Support for the study was provided by the Division of Behavioral and Social Research of the National Institute on Aging.