UK Strategy for the High North

Navigating a changing environment out to 2050

As a close neighbour to the Arctic, the UK is highly invested in changes in the region which includes parts of the US, Canada, Finland, Greenland, Iceland, Norway, Russia and Sweden. The UK's current engagement with the region revolves around its observer status at the Arctic Council, strong contributions to science and climate action, active participation in frameworks such as the Arctic Security Forces Roundtable, coordination of the Northern Group and the Joint Expeditionary Force, and role in the North Atlantic Treaty Organisation (NATO).

Since the end of the Cold War, the region has often been described as 'low tension, high cooperation'. Recent trends have challenged this perspective, however, with increasing strategic, political and environmental tensions raising concerns about the heightening risk of conflict in future. The key drivers of change in the Arctic include:

From the UK's perspective, an integrated approach is likely to be the best way to engage with these strategic challenges in future. The Development, Concepts and Doctrine Centre (DCDC) in the Ministry of Defence (MOD) commissioned a study by the Global Strategic Partnership (GSP), a research consortium led by RAND Europe, with support from experts from Newman & Spurr Consultancy and the University of Exeter. This research considered documentary evidence and perspectives from cross-government stakeholders on how to enhance cooperation across Whitehall to make most efficient use of all the UK's levers of power—at home and abroad—to influence strategic outcomes in the High North. 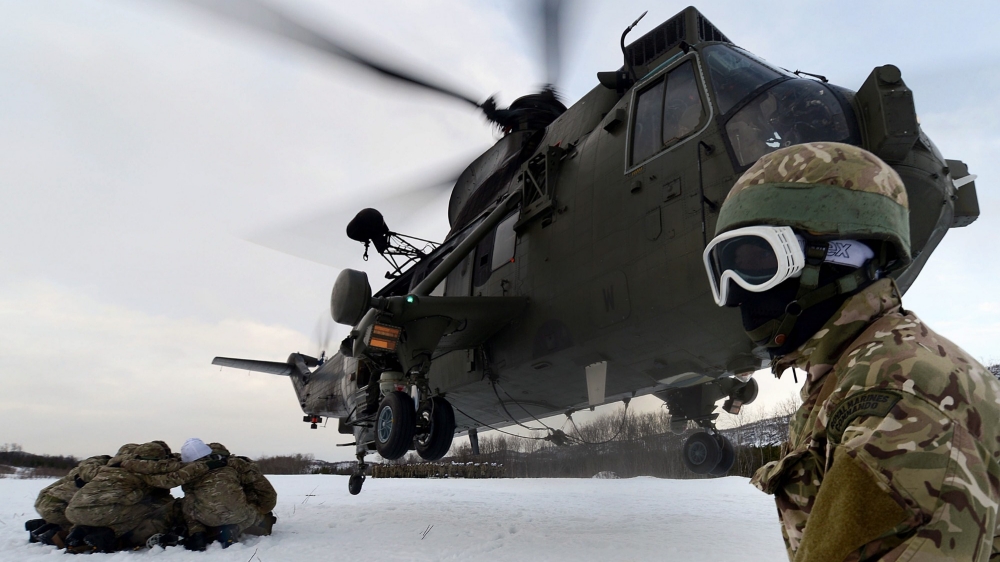 Ground crew with the Commando Helicopter Force huddle from the downwash of a Sea King helicopter on exercise in Norway.

At home, there is scope to reinforce links across government to promote a more coherent approach, building on the existing Arctic Policy Framework. Cross-government cooperation on Arctic policy is currently led by the Polar Regions Department within the Foreign, Commonwealth and Development Office (FCDO). Its primary role is to represent the UK at the Arctic Council, and consequently its focus is on issues relevant to the work of the Council, which specifically excludes matters relating to military affairs. Whilst the MOD is a member of the cross-Whitehall Arctic network, which is led by the Polar Regions Department, potential UK defence and security interests are not easily covered in the unclassified network meetings. Consequently, Defence activities may not always be fully aligned with broader foreign-policy initiatives in the region. The absence of a clear single Arctic director in the FCDO—covering the Arctic Council and with oversight of the relevant bilateral, security and maritime policies—limits the UK's ability to centralise decision-making. The lack of a National Security Strategy Implementation Group similarly inhibits formalised coordination of activities across all relevant departments and agencies (e.g. business, transport, coastguard, etc.). To remedy this, the report suggests: 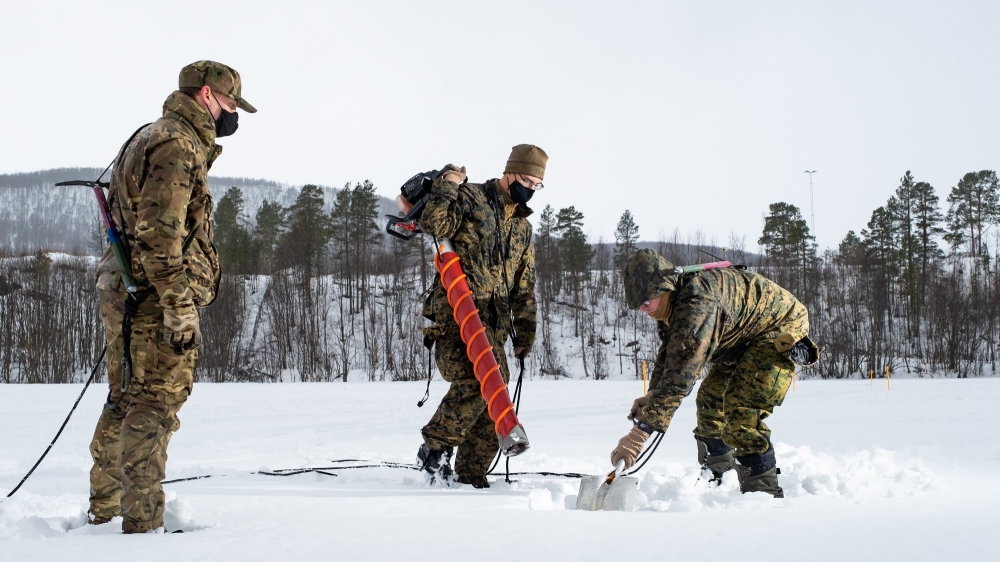 Abroad, opportunities exist to leverage multilateral fora to support the UK's strategy and policy objectives. The UK is already actively engaged in a wide variety of international organisations, some specific to the Arctic or High North and others with a global or thematic remit. Arctic governance consists of a complex 'web' of relations that places the environment at the centre of Arctic issues. Given this focus, science diplomacy features strongly as the key medium for cooperation and discourse. Other non-Arctic specific bodies—such as NATO and the International Maritime Organisation—are central to the wider military and diplomatic balance, and to transport and legal governance. Fora such as the Barents Euro-Arctic Council, the Conference of Arctic Parliamentarians and the Nordic Council are also influential for diplomacy, but less so for military issues, suggesting that opportunities for military influence are restricted within Arctic governance. This report provides an analysis of the different fora and suggested actions for enhancing the UK's influence within them, including: