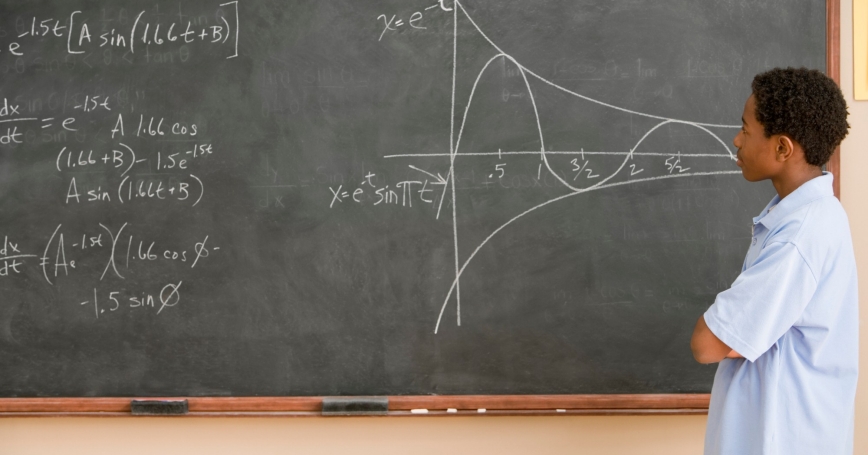 Career and technical education (CTE) has long remained on the fringe of school reform. Unfairly saddled with the stereotype as a “dumping ground” for low achieving students from an earlier era when vocational coursework consisted primarily of shop class and home economics, CTE still struggles to maintain a foothold in the national dialogue on school improvement which, for better or for worse, remains narrowly focused on proficiency in academic topics and the assessment of those proficiencies.

In response to national reform efforts to strengthen the academic competencies of American youth — particularly in mathematics — CTE has adapted its focus toward an integrated model of college and career readiness for all secondary school graduates that emphasize the acquisition of core academic skills and concepts. This focus has been the hallmark of the federal legislation in an ongoing series of initiatives over the past few decades — including the Carl D. Perkins Career and Technical Education Act of 1990, 1998, and 2006 (referred to as the Perkins Acts), and the School-to-Work Opportunity Act of 1994 — that have supported the evolution of CTE from its strict vocational-oriented roots to a more diffuse curriculum designed to simultaneously impart academic, employability, and technical skills.

These policy initiatives have spurred the re-organization of existing courses into “career clusters” that provide students a curricular roadmap to specific careers such as Computer Science or Engineering Technologies, with CTE courses teaching occupational-specific material in a way that is intended to reinforce the content taught concurrently in academic courses. For example, engineering courses such as automotive design or computer-assisted design/drafting can improve academic achievement by making theoretical math and science concepts taught in traditional geometry and physical science courses more concrete and relatable, particularly to students who may not be academically inclined. Because the concepts taught in occupationally-focused courses are directly linked with specific careers, it is believed that students will extend the effort necessary to master the concepts and hence, should yield higher learning gains.

To assess whether or not this is the case, my colleague Ben Dalton (of RTI International) and I examined the transcripts of a nationally representative sample of more than 7,000 public school students who were sophomores in 2002. We identified students who had taken occupationally-focused CTE courses alongside their regular academic courses and compared them to similar students who did not take any CTE courses. We examined their learning gains in math, as measured by standardized test scores administered at the end of 10th grade and at the end of 12th grade. We found that those students who had taken occupationally focused CTE courses in addition to their regular academic courses had similar learning gains to those who had only taken academic courses: an academic curriculum that includes CTE courses neither bolstered nor curtailed the acquisition of math skills.

While proponents of CTE contend that occupationally focused courses are important for a range of outcomes of which math learning is only one (e.g. non-cognitive skill development, the attainment of postsecondary education, gainful employment), our findings still should raise some concern.

The Perkins legislation emphasized the academic “upscaling” of CTE courses, with the hope that this would enhance their rigor and ultimately bolster academic achievement. The findings from our study — conducted after the 1998 Perkins re-authorization and on the eve of the 2006 Perkins re-authorization — cast doubt that these expectations have been realized: Occupational courses as supplements to a traditional academic curriculum do not distinctively contribute to math learning. The findings from our study raise the question of whether future federal investments in CTE require an overhaul.

The nation clearly seems poised for the adoption of the Common Core State Standards (CSSC), which some contend is implicitly hostile toward CTE. The CCSS’ heavy academic emphasis, alongside the curricular integration focus of Perkins, poses a challenge for schools and districts to design occupation-specific courses that effectively support core competencies in core academic subjects like math. Our research suggests that more work needs to be done to ensure that these courses accomplish that goal.

The full study can be found in Bozick, Robert and Benjamin Dalton, Balancing Career and Technical Education With Academic Coursework: The Consequences for Mathematics Achievement in High School, Educational Evaluation and Policy Analysis, June 2013 vol. 35 no. 2 123-138.

Robert Bozick is a sociologist at the nonprofit, nonpartisan RAND Corporation and a faculty affiliate of the Pardee RAND Graduate School.

This commentary originally appeared on Policy Analysis for California Education on June 18, 2013. Commentary gives RAND researchers a platform to convey insights based on their professional expertise and often on their peer-reviewed research and analysis.