Supermarkets Are the Problem 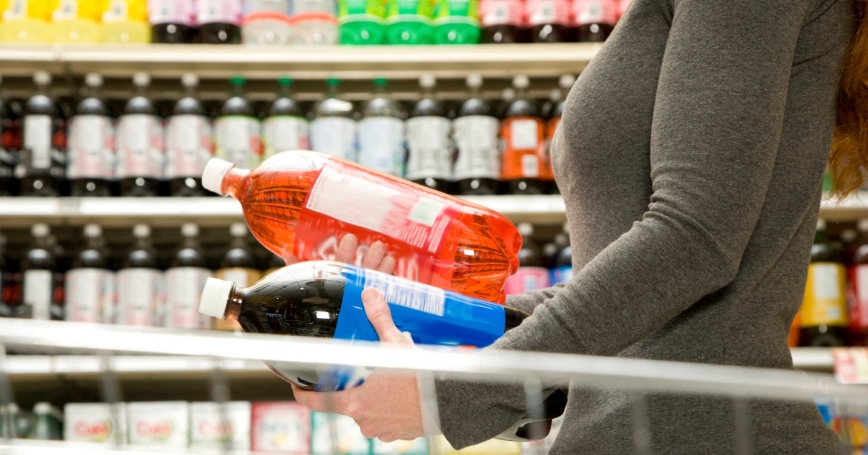 Although many laud supermarkets as vital in addressing obesity because of the large variety of fresh fruits and vegetables available, supermarkets also stock large quantities of low-nutrient foods that contribute to unnecessary weight gain. Research in the 1970s suggested that increasing the shelf space and improving the placement of goods were key factors in increasing their sales. A recent study investigated the promotional strategy of merely placing different beverages on end-of-aisle displays and found that such placement increased sales of carbonated drinks by 51.7%, an effect size equivalent to a price reduction of 22%.

The finding that store factors were more important than individual factors in influencing what people purchased led to a dramatic acceleration in the use of “slotting contracts” in the early 1980s, a practice whereby manufacturers paid retailers to display their goods in specific places in the store. However, the main concern raised about these practices was not how they manipulated consumers or influenced the American diet, but whether such practices constituted unfair competition for small manufacturers that could not afford to pay for the space. Between 1980 and 2000, the food industry learned how to sell larger quantities of low-nutrient processed foods by manipulating their placement and promotion. This is quite likely one of the factors that contributed to the doubling of rates of obesity in the United States over that same period.

To capitalize on the sales boost from placing goods at the cash register, on end-of-aisle displays, or on special floor displays, supermarkets have expanded over the past few decades to provide more shelf space, especially more of the valuable end-of-aisle facings that could be leased to vendors. Today, an estimated 30% of all supermarket sales can be attributed to end-of-aisle displays. Retailers have placed more foods that increase the risk of chronic diseases in these locations, and we should not be surprised that more people are acquiring chronic diseases.

Even people who want to resist grabbing these low-nutrient items sometimes fail to do so because they suffer from decision fatigue, most prominent at the end of a shopping trip. After making so many decisions about what to buy and what not to, people's cognitive capacity becomes overwhelmed, and subsequent decisions are often made impulsively and emotionally without consideration of the long-term consequences. People with low incomes are particularly vulnerable, as their decisions are often more taxing. Shoppers with fewer economic resources have to give up more items they might otherwise like to buy. Decision fatigue happens in ways that people often fail to recognize. We generally operate under the illusion that every choice is deliberate when, in fact, our decisions are more often automatic and reflexive.

Most people do not recognize the risks they face from marketing strategies that promote decision fatigue and impulse buying, yet the consequences are serious: heart disease, diabetes, and cancer and early preventable death for a significant portion of the population. If everyone had the capacity to reduce their risks, they would. Those who cannot defend themselves from environmental risks need social support. Therefore, it is incumbent on society to do something to mitigate or regulate factors that contribute to today's overweight and obesity epidemic affecting two-thirds of adults and one-third of children.

One solution is to develop standards that identify which products should not be displayed in these prominent locations. Moving candy, chips, sodas, cookies, and other junk food away from special displays, cash registers, and easily accessible vending machines would be a good start. Relocating foods that increase the risk of obesity and chronic diseases to less conspicuous places would still allow those who want such foods to get them, but the decision to buy would be deliberate rather than impulsive.

Placing new regulations on how food is marketed to consumers is certain to cause controversy among retailers, who will no doubt react with cries of “Nanny State.” But there is no sign that the obesity epidemic in America will diminish on its own. Bold steps are needed.

As long as obesity is viewed as a matter of personal responsibility and not the consequence of living in an obesogenic environment that overwhelms and undermines individuals, the obesity epidemic will persist. Most people lack the capacity to consistently ignore the sophisticated marketing strategies they encounter every day. Mitigating the risk of overconsumption requires changing the environment so that the easiest and most convenient choices are not always the worst choices.

Deborah Cohen is a senior natural scientist at the nonprofit, nonpartisan RAND Corporation, and the author of A Big Fat Crisis: The Hidden Influences Behind the Obesity Epidemic — and How We Can End It.

This commentary originally appeared on Slow Food USA on February 24, 2015. Commentary gives RAND researchers a platform to convey insights based on their professional expertise and often on their peer-reviewed research and analysis.