The Disneyland Measles Outbreak: 'Anti-Vaxxers' Aren't the Only Issue 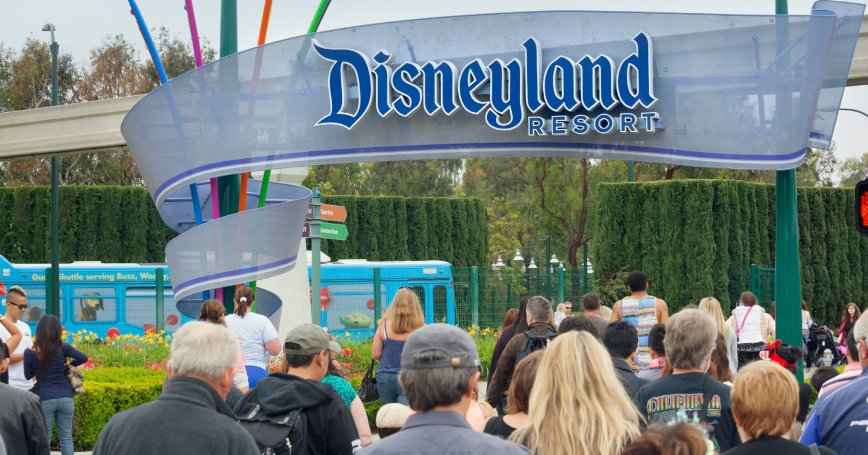 The recent measles outbreak that began in Disneyland is the latest reminder that Americans have ceded ground in the fight against measles since 2000, when the Centers for Disease Control and Prevention declared the potentially deadly disease “eliminated” — meaning it was no longer constantly present in the United States.

And it's not just measles. The outbreak in California follows a resurgence of other infectious diseases such as pertussis (whooping cough).

Although there's strong scientific evidence that vaccines used for routine child immunizations are safe and effective, this surge of outbreaks has spurred debate over how policy should respond and whether parents should be able to choose whether to vaccinate their children.

Why do parents decide one way or the other? Studies indicate various reasons, including distrust of the medical community and concerns that vaccinations are painful. Attitudes toward vaccination may be viewed as a continuum of beliefs and concerns that lead to vaccine acceptance, hesitancy, delay, and refusal.

Much of the attention following this outbreak has focused on so-called “anti-vaxxer” parents — often high-income and well-educated individuals — who choose to not vaccinate their children based on strongly held beliefs that are at odds with the evidence.

Anti-vaxxers may comprise less of the population than you think. Data suggest there are many more “hesitant” parents — who may have safety concerns or don't want their child to get too many vaccinations at once — than parents who refuse all vaccines, like an anti-vaxxer presumably would. The large proportion of “hesitant” and “selective” vaccinators suggests that there's room for improvement among these groups.

Those hesitant about vaccines and those who delay vaccination may face barriers such as misinformation about the safety of vaccines or lack of access. Vaccines are free for children, but the time required to visit a health care provider may be a barrier. Another challenge for parents: sifting through the Internet's vast amount of vaccine misinformation.

With this state of play in mind, what policy options are available to boost vaccine uptake?

Mandating vaccination for school entry is one way states have tried to influence vaccination behavior. All states grant medical exemptions for children who have conditions that preclude their immunization. Every state except Mississippi and West Virginia also allows some form of personal or religious exemption. Research has shown that less strict vaccination requirements are correlated with more exemptions and increased disease incidence.

In recent years, many states have proposed legislative changes to school vaccination requirements. Some propose tightening the laws. Others want to loosen them. For example, California's personal-belief exemption was tightened in 2012 by requiring a health care provider signature to confirm that parents were informed about the benefits and risks of vaccination. However, legislators simultaneously added a religious-belief exemption. Now, they may introduce a bill to eliminate personal-belief exemptions altogether.

Again, high rates of personal-belief exemptions in high-income communities isn't the only problem. A significant number of students who've partially completed and agree to complete the vaccination schedule are conditionally admitted to schools. Unfortunately, procedures for these conditional acceptances aren't always enforced. Thus, high rates of conditional entrants can result in schools with low exemption rates but inadequate herd immunity.

For example, among California kindergartens reporting immunization data this year, 2.5 percent of students had personal-belief exemptions. But nearly 7 percent were conditionally admitted to school. Furthermore, the Los Angeles Unified School District, the largest public school district in California, has seen an increase in the rate of conditional admittances this year.

Conditional acceptance may reflect an access issue or a lack of parental attentiveness to vaccination requirements. Or it may be a mechanism by which parents deliberately avoid the requirements. With improved understanding of the extent of and follow-up on these conditional acceptances, schools may rely on school nurses or partnerships with local public health departments to deal with this issue.

Regardless of a state's vaccination requirements for students, incentives and effective communication can help nudge parents toward improved childhood vaccination rates.

For example, districts have implemented school-based programs to support state vaccination policies. These include on-site vaccination clinics, notifications and reminders to parents, monitoring of conditional entrants, and exclusion enforcement for unvaccinated students during outbreaks. Such programs are often partnerships between schools, local health departments, and providers.

Ultimately, a range of policies including both state mandates and incentives is necessary to improve the prevention of infectious diseases. But to develop an effective portfolio of policies, research needs to unpack how people respond to different incentives. Vaccination policies should be multipronged, to address the spectrum of reasons why vaccines are foregone or delayed.

Otherwise, we run the risk of ceding even more ground in battles against diseases we thought we'd already beaten.

Jodi L. Liu is an assistant policy analyst at the nonprofit, nonpartisan RAND Corporation. Jeanne S. Ringel is director of the Population Health Program at RAND.

A version of this commentary originally appeared in The Press-Enterprise on March 13, 2015, under the title Myths About Vaccines.