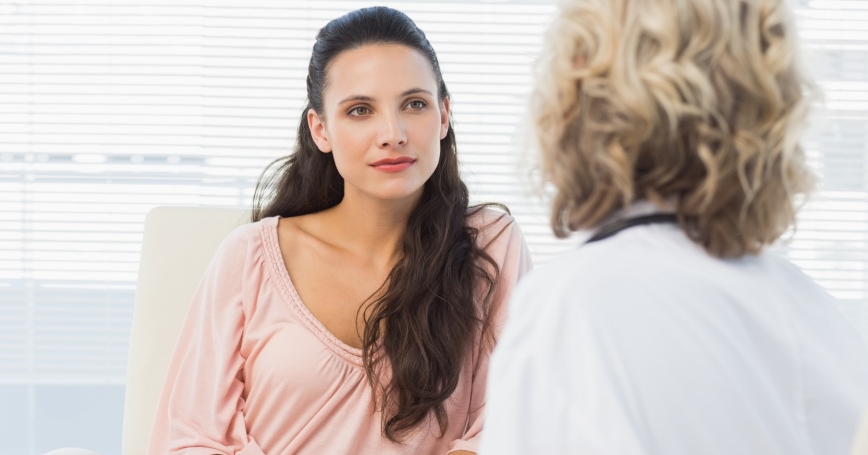 Scientific evidence supports long-acting reversible contraceptive (LARC) methods for first-line use as birth control. Studies have shown that LARC methods, which include the intrauterine device (IUD) and subdermal implant, are highly effective, very safe, preferable to women, and cost effective. Despite these data, low rates of LARC use persist in the United States; LARCs were selected by 8.5% of all birth control users, and 4.5% of teens in 2014.[12] A prescription contraceptive method is chosen by a woman with her health care provider. This choice is shaped by the knowledge and beliefs of these two parties and by the policy environment in which this decision is made.[6] State contraceptive policies do not consistently support LARC use, and can create both direct and indirect barriers to the use of these most effective contraceptive methods. We consider three types of state policies affecting LARC use—those impacting insurance coverage, those regulating which providers can initiate these methods and where, and those affecting LARC eligibility in special populations. Illustrative examples of each are provided. Addressing these policy barriers to LARC initiation will encourage the uptake of more reliable contraception.

The Evidence for LARC Methods

Four U.S. Food and Drug Administration (FDA)–approved LARC methods are currently available in the United States: three types of IUDs and one subdermal implant. These devices effectively prevent pregnancy for 3 to 10 years, depending on the type, and their contraceptive effects are completely and rapidly reversible upon removal. In contrast to estrogen-containing birth control methods, there are few medical contraindications to LARC use.[33] IUDs and implants have been shown to be safe in virtually all patient populations.[5]

Effectiveness is a LARC's principal advantage. A contraceptive's “perfect use” failure rate refers to the probability of pregnancy with consistent and correct use while its “typical use” failure rate accounts for user error. For example, male condoms are 98% effective in preventing pregnancy with perfect use, but can be as little as 18% effective with typical use. LARC methods have typical—and perfect—use failure rates of less than 1%.[16] LARC methods differ from, and are more effective than, other forms of birth control in part because they are “user independent”; once a health care provider inserts a LARC, no further user adherence, visits or refills are required.[1] Many studies have also shown LARC methods to have the highest rates of user satisfaction and continuation across women of all ages.[31]

LARCs are highly cost effective at the population level. A cost model using 2013 data estimated that if just 10% of U.S. women 20 to 29 years of age switched from oral contraceptive pills to LARC methods, health care costs associated with unintended pregnancy could be reduced by $288 million annually.[35] A 2009 cost-benefit analysis estimated that each dollar spent on LARC methods yields a $5 return on investment in public insurance expenditures for unintended births.[11]

Patient contraceptive selection is sensitive to copayment. A 2010 analysis confirmed that employer-based plans display significant variation in copayments by contraceptive method, with LARC methods being the most expensive in terms of upfront costs to patients.[27] The Medicaid program has always required that family planning services be fully covered for patients without cost sharing.[8] The Patient Protection and Affordable Care Act (ACA) similarly required new private health plans to provide no-cost coverage for all FDA-approved contraceptives.[25]

Despite ACA stipulations, cost sharing for contraception is still in place. A 2013 survey of Medicaid managed care members revealed that one-fifth of women with public insurance reported paying some amount out of pocket for contraceptives.[32] Cost sharing is being implemented by new ACA insurance plans under the guise of “reasonable medical management” controls on prescribing.[9] These management practices include categorizing contraceptive drugs or devices into tiers by cost, requiring prior authorization, placing limits on available quantities of drugs or devices, and allowing copayments where generics are unavailable (as with IUDs and implants). These policies run counter to federal regulations, and shift contraceptive costs from plans to patients. In response, California enacted a state policy (The Contraceptive Coverage Equity Act) ensuring that the total costs of all birth control methods would be fully covered.[23] In May 2015, the U.S. Department of Health and Human Services issued a statement reiterating that FDA-approved contraceptive methods were to be covered without cost sharing in ACA plans, and that reasonable medical management processes had to be transparent and efficient.[7] The impact of this clarification of federal policy on state insurance plan practices remains to be seen.

State policies also impact access to LARC methods by allowing plans to “opt out” of covering contraceptives. The ACA provided a “religious exemption” from contraceptive coverage for a narrowly defined group of religious entities.[9] By design, these criteria did not exempt religiously affiliated universities, hospitals, or corporations from having to provide insurance plans covering contraceptives. The backlash to these stipulations led—via litigation such as Burwell v. Hobby Lobby, Inc.—to a “special case accommodation” for “non-exempt employers with religious objections.” These employers were given a year's “safe haven” to work with stakeholders to determine contraceptive coverage in each state.[37] In this way, control over religious exemption policies for contraceptive coverage has been devolved to individual states. Policies in California and New York, for example, mirror the narrow criteria for religious exemption outlined in the original ACA language.[14] In contrast, Florida and Texas have no official policies on exemption, making it easier to refuse coverage on religious grounds.[10]

LARC methods can be easily initiated by a physician, nurse, or allied health professional in the outpatient setting. However, inadequate mechanisms of reimbursement for inpatient LARC insertion are a significant barrier to accessing LARC methods during hospitalization. Immediate postpartum LARC initiation (i.e., IUD placement immediately after a vaginal or cesarean delivery, or implant placement before discharge) is supported by clinical practice guidelines for preventing rapid repeat unintended pregnancy.[18] Women may be highly motivated to initiate contraception immediately postpartum. Even among women interested in LARC methods after delivery, delaying insertion until a separate postpartum visit can be a significant obstacle to timely LARC use.[38] Surveys of Medicaid patients demonstrate that only about one-half of postpartum women who request an IUD actually obtain one after delivery; immediate postpartum insertion could address this gap in care.[30] New York has adopted guidelines to allow providers to bill for the initiation of an IUD or implant immediately after delivery.[3] Similar policies expanding Medicaid delivery-related care bundles to include inpatient LARC initiation are now being considered in other states.[4]

LARC Access in Vulnerable Populations: Minors and Women Living in the United States without Legal Permission

In 2012, 42% of U.S. adolescents reported engaging in intercourse; teens contribute disproportionately to the United States unintended pregnancy rate.[13] Sexually active adolescents who use contraception are more likely than adults to select contraceptive methods with high typical use failure rates such as withdrawal, condoms and birth control pills.[2] However, adolescents who receive comprehensive counseling and face no cost barriers preferentially select LARC methods and continue to use them long-term.[22] A no-cost contraceptive program in Colorado demonstrated an impressive 29% decrease in teen pregnancies among LARC users compared with those relying on other methods.[29]

Contraceptive choice among adolescents is particularly sensitive to the availability of confidential reproductive health services for minors. Title X of the 1970 Public Health Service Act provides funds to support contraceptive access for low-income Americans, with a mandate for confidential services for all patients served by these funds, including minors.[26] Unsurprisingly, a state's acceptance of Title X funds has been linked to improved contraceptive access amongst its adolescents.[21] However, with only 95 grantees nationally, the reach of Title X is insufficient to overcome restrictions on minors across all states. No federal law explicitly protects the rights of minors to receive contraception without parental notification—this has been left up to the states to decide. To date, 21 states and the District of Columbia have enacted legislation identifying which minors may receive confidential contraceptive services. For example, whereas California state law explicitly allows minors to consent for contraceptives, a minor in Illinois may only do so if she is married, a parent, has been previously pregnant, or if pregnancy would pose a “health hazard”.[15] Advocates of parental notification argue that it may deter or delay sexual activity among adolescents, but research has not borne this out. The literature in this area shows no clear association between parental notification and safer sex practices; such regulations seem instead to inhibit the use of effective birth control methods.[20]

Women living in the United States without legal permission comprise a second vulnerable population whose access to LARC methods has been restricted by state policies, albeit less directly. In the United States, 60% of low-income, non-citizen immigrant women are uninsured—twice the rate of their U.S.-born counterparts.[28] The ACA did not extend coverage to immigrants who are in the United States illegally. Women who fall into this category do not qualify for coverage for birth control under Medicaid expansions, nor can they purchase insurance through state or federal marketplaces.[17] A few states have developed solutions to provide contraceptives to immigrant women regardless of legal status. For example, the Family Planning Access, Care and Treatment (Family PACT) program covers all FDA-approved contraceptives for Californians living at or below 200% of the federal poverty level, regardless of immigration status.[36] Family PACT's broad eligibility criteria purposely make family planning services available to all Californians at risk of unintended pregnancy. This program can serve as a model for other states seeking to expand services to immigrant women within the current federal constraints.

Existing policies create direct and indirect barriers to LARC use; eliminating these barriers can increase women's access to and use of effective contraception. Promoting the use of LARC methods has emerged as a “best practice” in reproductive health, yet this practice is not supported by some states' contraceptive policies. Quantitative studies can provide insight into the links between specific policy approaches to LARC access, reproductive health outcomes, and potential cost savings. Such research can inform evidence-based policies and further improve access to reliable contraception.

Priya Batra is an obstetrician/gynecologist and health services researcher in the Robert Wood Johnson Foundation Clinical Scholars Program at the University of California, Los Angeles.

Chloe E. Bird is a senior sociologist at the RAND Corporation and a professor at the Pardee RAND Graduate School.

This commentary originally appeared on Women's Health Issues on November 6, 2015. Commentary gives RAND researchers a platform to convey insights based on their professional expertise and often on their peer-reviewed research and analysis.