Dealing with a Revanchist Russia 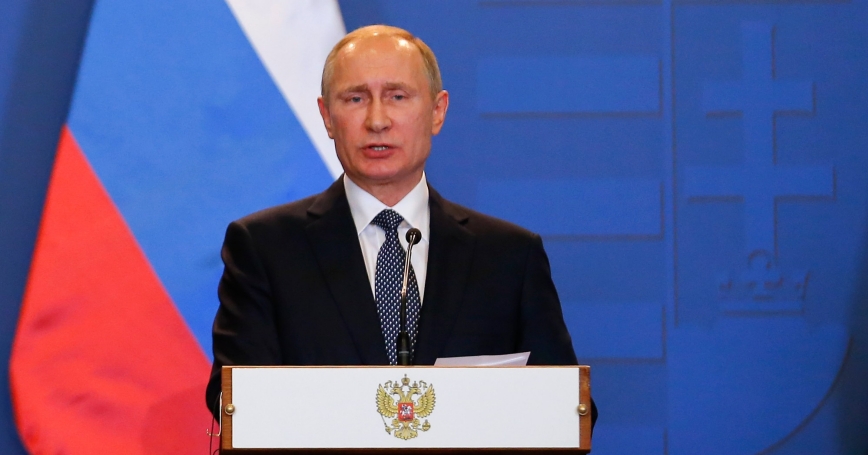 The current debate in Washington about Russia's role in attempting to influence the outcome of the U.S. presidential race is part of the larger strategic issue of how to respond to a long-term Russian campaign aimed at intimidating its neighbors, destabilizing Europe and undermining NATO. A nationalistic and revanchist Russia, a divided and unsettled Europe, and a distracted and unpredictable United States have created an unprecedented and perilous confluence of events.

President Vladimir Putin considers the collapse of the Soviet Union a disaster and is determined that Russia be viewed as a global great power. Putin also appears to want to restore and obtain Western recognition of a sphere of influence — if not the territory — lost when the Soviet Union fell. This revanchist ambition combines with Putin's worry about a possible “color revolution” — a popular uprising — that could upend his power or even result in Russia's disintegration or dismemberment. Heightening this concern, the Kremlin sees (wrongly) the color revolutions in Georgia and Ukraine as not domestically driven but as secessionist and subversive movements abetted from abroad.

The Western hope that a democratic Russia, operating as a free-market economy, could be incorporated into Western institutions, including partnering with NATO, never gained much traction in Russia. Despite attempts to deepen Russian-NATO cooperation, Putin still sees NATO as a hostile entity, a constant theme of Kremlin propaganda. An alliance created to contain the Soviet Union expanded rapidly after the Soviet Union ceased to exist. The possibility of NATO's further encroachment beyond Eastern Europe into former Soviet republics like Ukraine, Moldova, or Georgia is viewed by Moscow as aggression.

To facilitate his ambition of a sphere of influence from the Baltic republics in the north to Bulgaria in the south, Putin believes that these countries should see that NATO is unwilling or unable to defend them. In the Kremlin's view, they must be kept weak and subservient, undermining Europe's currently fragile unity and the entire Western alliance.

Russia remains a nuclear superpower and is modernizing both its nuclear and conventional forces. Moscow will use force when it calculates it can get away with it, as it has in Georgia and Ukraine. But Russian strategy also recognizes that political influence operations can be an effective, low-cost means of achieving some goals. This political warfare involves the use of economic pressure, propaganda, subterfuge, funding of foreign political groups, cyber-espionage and other tools. Its goal is the manipulation of perceptions and the undercutting of political opponents and support for friendly leaders....

Brian Michael Jenkins is a senior adviser to the president of the nonprofit, nonpartisan RAND Corporation and the author of “A Revanchist Russia and an Uncertain West.”

This commentary originally appeared on The National Interest on February 8, 2017. Commentary gives RAND researchers a platform to convey insights based on their professional expertise and often on their peer-reviewed research and analysis.