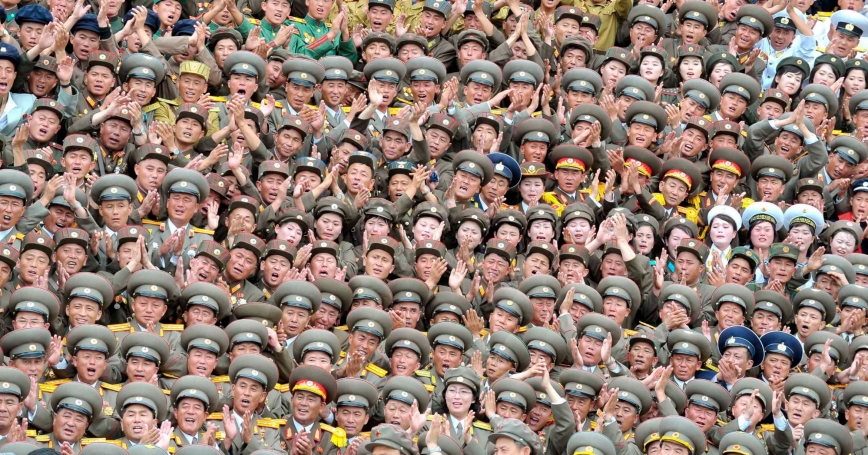 War veterans and commanding officers in a military parade celebrate the 60th anniversary of the signing of the truce of the Korean War, in Pyongyang, August 3, 2013

Sixty-four years ago the Korean War, which raged from 1950 to 1953 and killed more than 36,000 American soldiers, was suspended with a cease-fire agreement. A peace treaty, however, was never signed. The war never came to a formal end.

North Korean leaders have long attached importance to formally ending the war. Over the years they have repeatedly raised the prospect of a peace treaty to resolve the many issues that the 1953 armistice left unaddressed, most notably agreement on the permanent division of the Korean Peninsula.

At various times the North Koreans have proposed negotiating a treaty with the United States, at other times with South Korea. In recent years, China has also urged the opening of such negotiations.

The North Koreans want a definitive declaration of peace, not just a truce, as reassurance that they won't be attacked and as recognition by the United States, South Korea and the rest of the world that their country is a sovereign state and legitimate power.

Successive American presidents have insisted on a number of preconditions before any serious peace negotiations could start, including a commitment to denuclearization and the halting of further missile tests. But North Korea's supreme leader, Kim Jong-un, is unlikely to agree to give up his country's nuclear and missile programs without receiving convincing assurances that he will not suffer the fate of Saddam Hussein of Iraq or Muammar el-Qaddafi of Libya.

Kim Jong-un is unlikely to give up his nuclear and missile programs without convincing assurances.

Formally ending the Korean War, including American recognition of the government in Pyongyang and an opening of diplomatic relations, is an essential component of such assurance. How can we persuade the North Korean leadership that they have nothing to fear if we won't agree to definitively end the old conflict?

Back in the Cold War, the United States and its West German ally faced some similar challenges.

In 1974 the United States recognized the German Democratic Republic and opened an embassy in East Berlin, while continuing to regard the Federal Republic of Germany (West Germany) as the sole legitimate successor government of the historical German state and of a future reunified Germany, which actually occurred 16 years later. One can imagine using similarly creative ideas in a peace treaty to bridge some of the differences between the two Koreas.

The Trump administration is giving one more try to longstanding efforts to compel Pyongyang's denuclearization by employing intensified sanctions, cooperation with China and the threatened use of military force. Yet the new president in Seoul, Moon Jae-in, has promised a much softer stance toward North Korea and is likely to be open to direct talks with Pyongyang. President Trump himself has indicated a willingness to talk to Kim Jong-un.

One way or another, a peace agreement ending the Korean War is most likely a necessary element to any resolution of the North Korean nuclear challenge. American officials should be considering what would make an agreement work: What governments would participate? How would an agreement be verified and enforced?

Negotiations should not be pursued naïvely. The United States must not halt military exercises or take actions that would otherwise jeopardize its longstanding alliance with Seoul and give cause for other allies to question American commitment to regional security. At every step negotiators need to keep in mind that North Korea may not live up to its promises, as has been the case numerous times in the past.

The complete dismantling of North Korea's nuclear weapons and missile programs should remain Washington's ultimate objective. Standing ready to formally end the old war may be the key to getting there without starting a new one.

James Dobbins, a former United States diplomat, is a senior fellow at the nonprofit, nonpartisan RAND Corporation. Jeffrey Hornung is a political scientist at RAND.

This commentary originally appeared on New York Times on June 8, 2017. Commentary gives RAND researchers a platform to convey insights based on their professional expertise and often on their peer-reviewed research and analysis.