The European Commission Is Struggling to Demonstrate 'Value for Money' 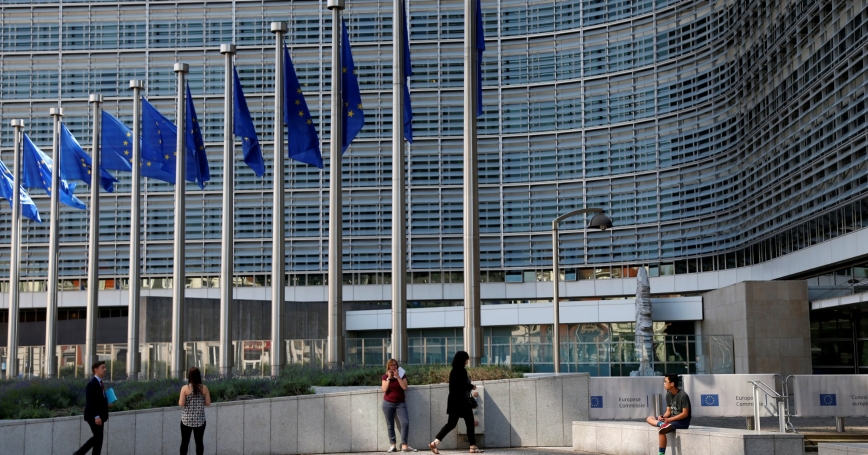 People are pictured outside the European Commission headquarters in Brussels, Belgium June 14, 2017

by Ben Baruch and Tom Ling

As ongoing budget cuts continue across Europe, parliaments across member states are increasingly scrutinising funds marked for aid and development, causing the European Union (EU) to try to make sure external funding is providing citizens with “value for money.”

But what does value for money of work in international development look like? Value for money identifies the financial value of support—and how efficiently, effectively and rigorously it is provided.

The ultimate aim is to prove that the benefits from programmes justify the costs. A large part of the funding for aid programmes comes from EU citizens, so the European Commission needs to remain accountable by demonstrating value for money in everything it implements.

Between 2014 and 2020 the European Commission is expected to commit over €50 billion to programmes focused on helping establish democracy, rule of law and improve human rights in over 100 different country delegations worldwide. Examples of programmes already being funded include the European Instrument for Democracy and Human Rights, and the Instrument Contributing to Stability and Peace.

Securing value for money in this field is complex—the boundaries between programmes are porous, it is hard to allocate costs to specific outcomes, and the value of impacts is calculated differently by various stakeholders. In light of such challenges, RAND Europe was commissioned by the European Parliament to investigate the value for money of programme funding in the field of democracy and rule of law. Rather than conducting a cost-effectiveness study, the focus was on the extent to which programme processes lend themselves to ensuring 'optimal efficiency.'

There are serious questions about how programmes funded by the European Commission demonstrate value for money. Ingeborg Grässle, chair of the European Parliament's Budgetary Control Committee, said she believes the RAND Europe report shows that value for money is not being sufficiently demonstrated, and called the findings “serious” at a committee meeting in December 2015.

Part of the problem with value for money is related to the limited information on how programmes achieve impact and how impact is defined. Programmes often claim that they delivered an impact by stating what was accomplished (e.g. “we trained x amount of people through x amount of training programmes”). However, not enough is being done to demonstrate meaningful change as a result of these programmes (e.g. the people we trained helped save the lives of a certain number of people, helped protect the human rights of a certain number of people or helped make changes to government legislation).

That being said justifying and proving value for money across a number of EU programmes is often difficult and challenging. The intended impact might be something that programmes are attempting to prevent rather than gain, which makes it hard to identify. In addition, a host of reasons can be responsible for a desired impact, as opposed to one particular programme. Even when a particular impact is identified, it can be difficult to trace back to specific programmes funded by the European Commission.

Questions have also arisen about the transparency of a number of funding decisions related to these programmes. In some cases such details cannot be revealed due to confidentiality agreements. But in programmes without such confidentiality agreements, there are examples of funding decisions being made in meetings without clear evidence showing how the decision-makers determined what should be done. The finding has aroused suspicion among those in the European Parliament that scrutinise the EU's spending activities.

Great work is happening as a result of EU spending and programmes, particularly around democracy, rule of law and human rights. To make sure the trend continues, it is important for the populace to understand the value for money of this work. To do that, further efforts are needed to demonstrate impact and clearly show that decisions are being made with the highest levels of efficiency and cost-effectiveness in mind. This could help make both EU citizens and members of European Parliament more aware of—and invested in—programmes the EU chooses to help support.

This commentary originally appeared on New Europe on June 26, 2017. Commentary gives RAND researchers a platform to convey insights based on their professional expertise and often on their peer-reviewed research and analysis.