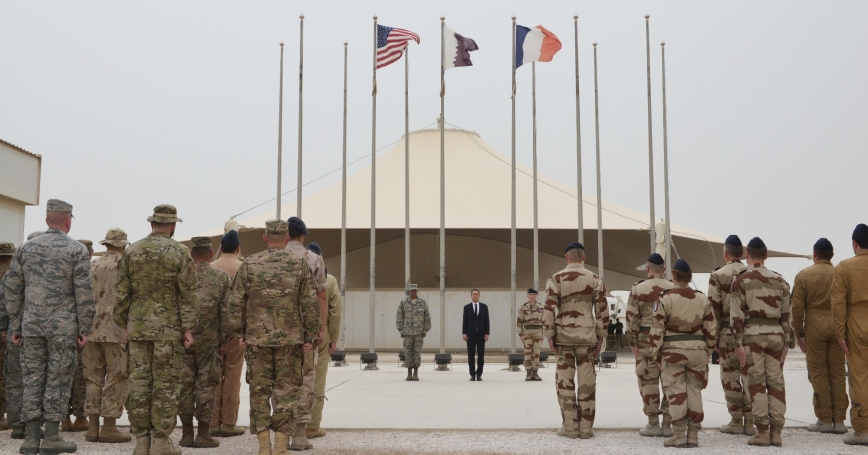 Given the Trump administration's embrace of Riyadh as a counterterrorism partner, we are likely to hear calls in Washington to align with Saudi Arabia and against Qatar in the current Gulf Arab dispute. Indeed, the Saudis and other key Arab states targeting Qatar (namely the United Arab Emirates and Egypt) appear to be courting U.S. support as evidenced by their tailor made for Washington framing of the crisis: that it is driven by Doha providing sanctuary and support to extremist groups. But the administration should resist the temptation to take sides. From the perspective of U.S. strategic interests, the desired outcome is eventual reconciliation among these regional partners, and the Saudi-led collective has sufficient leverage to achieve that without the U.S. further isolating Qatar and embroiling itself in a thorny regional dispute.

Staying above the fray appeared to be Secretary of State Rex Tillerson's initial impulse. At the onset of the crisis he noted, “We certainly would encourage the parties to sit down together and address these differences….if there's any role that we can play in terms of helping them address those, we think it is important that the GCC remain unified.” However, President Trump took a different tack a few days later, noting that Qatar was singled out at the Arab Islamic American Summit in Riyadh as a source of extremist funding, and appearing to suggest that his engagement at this forum had pushed the Saudi-led bloc to act against Qatar.

As the leading power in the Middle East, the U.S. relies on a web of basing access that enables its power projection. Qatar, which hosts the main command and control center for the U.S. Air Force in the region, is a pivotal hub in that network. The backstory of how the U.S. Combined Air Operations Center (CAOC) was established in Qatar is instructive. From the mid-1990s until the early 2000s, the U.S. relied on Prince Sultan Airbase in Saudi Arabia to play the role of command center for its forward air operations. But in 2003, Saudi domestic resentment of U.S. presence—made much more visible by the Iraq war—forced the CAOC's relocation to Qatar. Current administration officials who see shifting U.S. Air Force assets from Qatar as a show of solidarity with the Saudis would do well to keep in mind how the U.S. ended up there in the first place.

Not only has Qatar been pivotal to U.S. military operations in the region, there is also no upside to taking sides in the current crisis.

Not only has Qatar been pivotal to U.S. military operations in the region, there is also no upside to taking sides in the current crisis. Saudi Arabia, the UAE, Bahrain, Egypt, the internationally recognized government in Yemen and the leadership in Eastern Libya have all suspended diplomatic and commercial links to Qatar, including air travel. Saudi Arabia has completely shut Qatar's only land border in a country that imports 90 percent of its food, much of it through its border with the Saudis. The Qatari stock market is plunging. The Saudi bloc within the Gulf Cooperation Council (GCC) has a stronger hand than Qatar, and has used its leverage in the past to wrest concessions from Doha. Given the mounting and unprecedented pressure on Qatar this time around, it's likely Qatar will make concessions again without any additional pressure from the U.S. Indeed, there are already reports of leading Hamas figures departing Doha.

There are also some significant downsides to playing favorites. Should the U.S. join the Saudis, Emiratis, and Bahrainis in isolating Qatar, the intended effect may be counterproductive. Two allegations against Qatar are that Doha has played loose and fast with supporting opposition groups in Syria that have jihadist sympathies and that Qatar has been too accommodating of Iran. While geography dictates a less confrontational Qatari position on Iran (the two countries share the largest natural gas field in the world), Iran is already capitalizing on the crisis by offering to export food and goods into Qatar through its ports given the Saudi blockade. Qatar flights are already flying over Iranian airspace to reach destinations in Europe. And it's hard to imagine that this turmoil among regional partners is not distracting from the already difficult task of forging a regional anti-ISIS coalition....

This commentary originally appeared on The National Interest on June 7, 2017. Commentary gives RAND researchers a platform to convey insights based on their professional expertise and often on their peer-reviewed research and analysis.