Many Americans Face Bullying, Harassment, and Abuse at Work, but Bosses Can Help 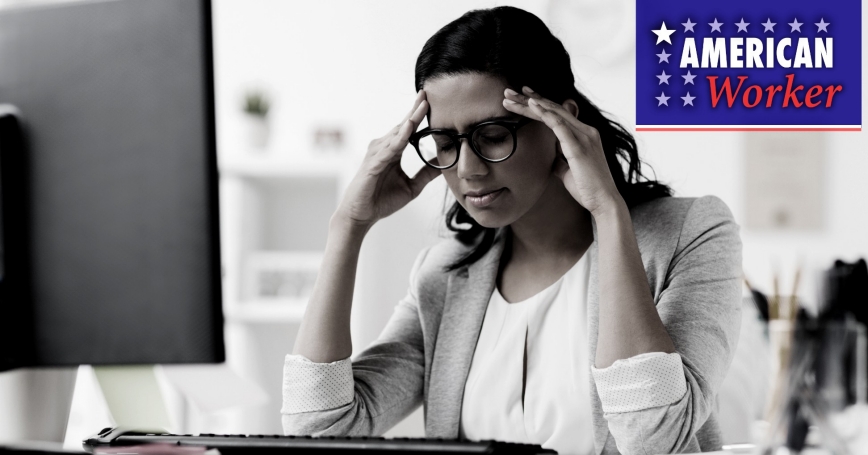 by Kathleen J. Mullen and Jeffrey B. Wenger

“Your work is going to fill a large part of your life, and the only way to be truly satisfied is to do what you believe is great work. And the only way to do great work is to love what you do. If you haven't found it yet, keep looking. Don't settle. As with all matters of the heart, you'll know when you find it.”

“Most work, let's face it, is not the least bit lovable, and a good deal of it is barely tolerable. And this isn't going to change, no matter how many Steve Jobs quotes we share on Facebook. Tough, low-wage work isn't going away. In fact, jobs in the service and care industries are booming. But a 'do what you love' ethos hides such work, and the conditions of its workers, by keeping individuals focused on the self and the belief that there is bliss to be found in a job if only they strive harder than those around them.”

These two contrasting images of how Americans navigate their daily working lives underscore the tension between making ends meet on the one hand and finding fulfillment in one's work on the other. Take for example the recent news coming out of Silicon Valley which has focused not on incredible new mobile devices and their novel apps, but on harassment, bullying, and general misbehavior in the workplace.

Reports by the New York Times, USA Today, The Atlantic, and the Guardian point to a pervasive culture of sexual harassment and other anti-social workplace behavior. This past summer, Uber's former CEO took an indefinite leave of absence after the company was exposed as “having a workplace culture that included sexual harassment and discrimination.” And it's not just Silicon Valley firms whose unpleasant working conditions have been showcased in the media. At Fox News, sexual harassment scandals forced the resignations of its founder and biggest star, and the high-pressure environment at Amazon.com was profiled in the New York Times where one worker claimed that “nearly every person I worked with, I saw cry at their desk.”

We may need to pay more attention to interpersonal dynamics that erode satisfaction and productivity.

If our working environments are expected to help support our development as workers and as productive members of society, these high-profile instances suggest that we may need to pay more attention to interpersonal dynamics at work that can erode worker satisfaction and productivity.

A new nationally representative survey we conducted of more than 3,000 adults finds that workers across the age, gender, and education spectrum are experiencing high levels of hostile behaviors at work—whether by customers and clients or by managers and coworkers. The American Working Conditions Survey (AWCS) was fielded for the first time in July 2015 on the RAND American Life Panel, a nationally representative internet panel that has collected periodic information on a wide variety of topics from its respondents since 2006. The AWCS was closely modeled on the European Working Conditions Survey, which collected its sixth wave of data in 2015.

However, these risks were not equally distributed. Among younger (ages 25-34) men without a college degree, a staggering 35 percent report exposure to at least one type of adverse social interaction. Broken down by type of event, 28 percent of young, non-college-graduate men report they were subjected to verbal abuse or threats, 27 percent experienced humiliating behavior, and 11 percent were subjected to bullying or harassment in the past year.

A disturbingly high fraction of American workers are exposed to hostile or threatening behaviors at work.

Overall, the AWCS finds a disturbingly high fraction of American workers are exposed to hostile or threatening behaviors at work. The incidence of hostile experiences varies in important ways by age, gender, and education, with younger non-college educated workers bearing the most risk. While Silicon Valley and Fox News may garner the headlines, many of the most abused workers have thus far received scant attention.

This is a difficult problem and documenting it is only the first step. Harassment is illegal—but only when based on race, color, religion, sex, national origin, age (40+), disability, or genetic information, and after demonstrated prolonged exposure. There is currently no state or federal law that generally prohibits “hostile work environments” in the absence of discrimination, although several states have introduced legislation.

Until these efforts are successful, one thing employers can do is push back against the perception there is a business case for pushing employees to their limits and instead encourage managers to protect their employees from abusive coworkers, clients, and customers. Indeed, we find that having a supportive boss—one who “trusts you,” “respects you,” “gives praise/recognition,” “gets people to work together,” “is helpful,” “provides useful feedback,” and “encourages and supports your development”—is associated with a much lower incidence of abuse, harassment, or violence at work, especially for less educated workers. In the end, perhaps the best way to support fulfilling working lives is by investing in strategies that encourage respectful and supportive workplace cultures so that abuse, harassment, and violence at work is eradicated.

Kathleen J. Mullen is a senior economist at the nonprofit, nonpartisan RAND Corporation and director of the RAND Center for Disability Research. Jeffrey B. Wenger is a senior policy researcher at RAND.