How NATO Could Accidentally Trigger a War with Russia 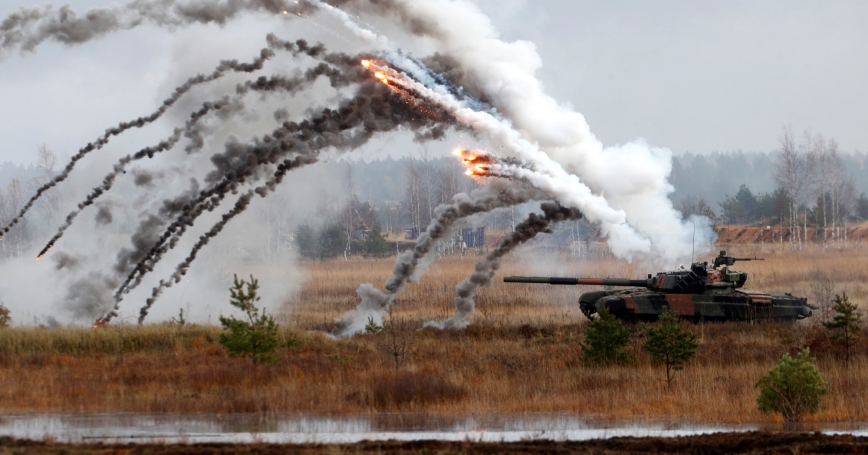 After Russia seized Crimea and supported separatists in the Donbas region of Ukraine, U.S. and Western military analysts raised concerns about the potential for Russian aggression in the Baltic states. A 2016 RAND report, for example, demonstrated that in the event of a short-notice Russian invasion, Russian forces could be on the outskirts of the capitals of Estonia and Latvia in sixty hours. Because it would take three-to-six months to deploy U.S. forces sufficient to retake the Baltic states, and the risk of a nuclear response, the United States would be left with few good options to respond. Given Russian military capabilities in the Baltic region, there was significant concern that Russia's September 2017 Zapad military exercise could be the precursor to an attack on the Baltic states. Nevertheless, the exercise went ahead, and Russian troops appear to have returned to their bases without incident.

The fact that Russia did not use the long-planned Zapad as an opportunity for aggressive action raises questions about whether Russia does potentially harbor aggressive intentions against Baltic states. As it currently stands, Russia's foreign-policy interests do not give it any reason to attack the Baltics, and Russia's foreign-policy priorities in other regions should be of greater concern to the West. Indeed, the main way that Russia would develop an interest in attacking the Baltics is if it perceives NATO building up sufficient forces to pose a threat. The United States and NATO could pay less attention to the Baltics and instead work to understand what Russia's real interests are and where these interests threaten Western democracy and security.

Analysts who warned of a potential Russian attack in the Baltics recognized that an invasion was unlikely. Still, they argued that NATO should increase its posture in the region because Russia's intentions were uncertain, given its interests in the region. Russian actions in Ukraine could be a sign of a broader aggressive or revisionist intent. The Baltic states had been part of the Soviet Union, and by some Western accounts were within Russia's desired sphere of influence, given the sizable minorities of non-Baltic Soviet citizens and their decedents (referred to as “Russian-speakers”) in Estonia and Latvia. Even if Russia did not seek to occupy the Baltic states, Russia could take military action against them with the objective of undermining the NATO alliance. By this line of argument, if Russia seized part or all of the Baltic states, and the NATO alliance did not respond according to its Article 5 guarantee to treat an attack on one as an attack on all, Russia could destroy the alliance. Even if the probability of an invasion was low, analysts reasoned that the consequences were so severe that they justified a significant reinforcement of U.S. forces.

This reasoning, however, does not accurately describe Russian interests and foreign-policy discourse. In a recent report analyzing Russian view of the international order, we outline Russia's core foreign-policy interests, including defense of the country and regime; influence in the “near abroad,” Russia's term for its immediate neighborhood; and, relatedly, a vision of itself as a great power. According to Russian analysts, the near abroad includes all of the republics of former Soviet Union except the Baltic states. They see the Baltic states as foreign, and fully incorporated into NATO. With the exception of a few hardline “Eurasianists” such as Aleksandr Dugin, with little direct influence on policymaking, there is little interest in occupying these territories. Russia does maintain some interest in continuing a relationship with the Russian speakers, including through its “compatriots policy,” but this is a low priority. Absent a threat to its security, it is hard to see how these core interests would lead Russia to want to attack the Baltic states. Indeed, in reviewing the Russian strategic literature, another recent RAND report found “no serious discussion of the strategic value of retaking part or all of the Baltic States, either for their intrinsic value or as a way of weakening NATO.”

The Russian discourse on Ukraine highlights the limited importance of the Baltics for Russian foreign policy. Russians appear to view Ukraine as an extension of Russia: by some accounts as “little Russia,” or as Putin explained to President Bush in 2008, “not even a real country,” given the close relationship between Russia and parts of Ukraine. By contrast, the Baltic states are where movies staged in the West were filmed during the Soviet Union. Ukraine is front and center in the major Russian strategic documents, such as the Foreign Policy Concept or National Security Strategy, but the Baltic states do not appear. Russian media and other public discourse see a coordinated and intentional Western effort to undermine Russia's position in Ukraine. By contrast, they cannot imagine that Western concerns about Russian military action in the Baltics are legitimate, and tend to see them either as manipulation by the Baltic states or the U.S. military-industrial complex. Russia might not broadcast a plan to invade the Baltics, but its public description of the importance of Baltics is inconsistent with Russia launching an offensive military operation against them.…

The remainder of this commentary is available at nationainterest.org.

Andrew Radin is a political scientist at the nonprofit, nonpartisan RAND Corporation.

This commentary originally appeared on The National Interest on November 11, 2017. Commentary gives RAND researchers a platform to convey insights based on their professional expertise and often on their peer-reviewed research and analysis.