Is the EU Drugs Strategy Helping to Curb the Harm Caused by Drugs? 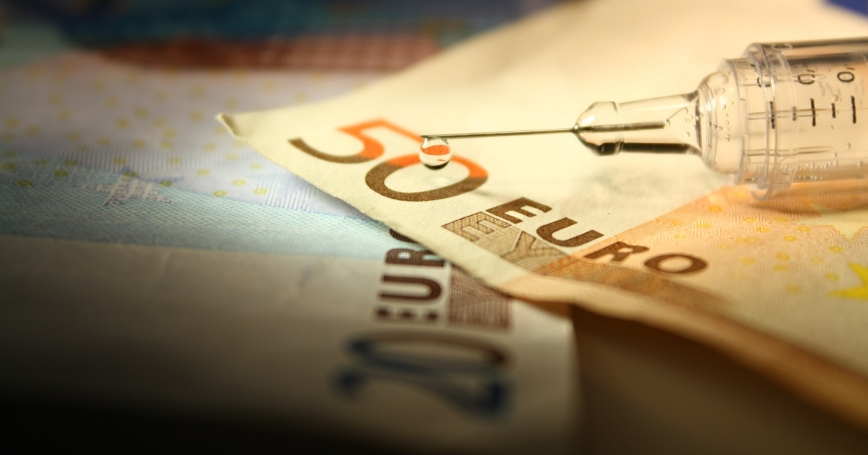 A syringe over Euro notes

by Emma Disley and Kristy Kruithof

Europe remains an important market for illicit drugs, both in terms of those supplied within the continent and shipped in from other regions worldwide. During the past two decades, new drug trends have emerged across Europe and the market has continued to evolve. These are largely due to innovations in drug production and trafficking methods, the establishment of new trafficking routes and online markets.

The EU Drugs Strategy has attempted to respond to these global challenges through adopting an international approach to drug trafficking and sales and being reactive to new patterns in drug consumption. However, this does not seem to have curbed the rise in drug-use or drug-related deaths across Europe.

The current EU Drugs Strategy covers the period between 2013 and 2020. Like the previous Strategies, it takes a balanced approach to reduce drug demand, supply and harm. RAND Europe's evaluation of the Strategy undertaken in partnership with EY, which was published in 2017, provides insights into where and how an EU Drugs Strategy adds value. It also identifies areas for improvement and learning for future Strategies and Action Plans.

The research indicates that drug policy is increasingly coordinated at both EU and international levels. Compared to findings from our evaluation of the previous Strategy, published in 2012, we see increasing areas of common ground among EU member states regarding the objectives and features of a balanced drug policy. All EU member states have some form of a national drugs strategy, with most aligned with the areas of focus within the EU Strategy.

The Drugs Strategy is also thought to add value on the international stage. A large number of stakeholders who were interviewed, both from member states and EU institutions and agencies, valued the ability of the EU to speak “with one voice” in international fora on matters related to drugs, with the Drugs Strategy providing a useful ready-made statement for what this voice should say. This was particularly evident in the relatively swift preparation and adoption of an EU Common Position in preparation for the UN General Assembly Special Session in 2016 — a major event in the international drug policy calendar.

However, the evaluation could not draw firm conclusions about whether the EU Drugs Strategy and Action Plan had played a role in improving the drugs situation in the EU — reducing supply and demand for drugs and the harms caused by the production, distribution and consumption of illicit substances. The available data did not always suggest a widespread and sustained improvement of the situation with regard to the demand for drugs, drug dependence, and drug-related health and social risks and harms.

Drug overdose deaths in Europe rose six per cent to 8,441 in 2015, rising for the third consecutive year.

In some instances official statistics indicated a worsening trend. The Action Plan urges EU Member States to take action to reduce drug-related deaths, but, according to the European Monitoring Centre for Drugs and Drug Addiction, drug overdose deaths in Europe rose six per cent to 8,441 in 2015, rising for the third consecutive year. This was largely driven by the increasing use of synthetic opioids like fentanyl.

So what next for the EU Drugs Strategy? An important goal of the evaluation was to inform decision making about the content of a new Action Plan on Drugs to cover the period 2017–2020. The main recommendation was for a new Action Plan to be roughly similar in structure, content and specificity to the previous Plan covering 2012–2016. Stakeholders wanted the new Action Plan to represent continuity, rather than change.

At the same time there are a number of trends in the nature of drug supply and use on the horizon that could be monitored in the coming years with a view to addressing them from 2020 onwards in a future drugs strategy. Consumption of so-called new psychoactive drugs appears to be increasing. The 2010–16 Action Plan acknowledges the need for common legal standards and definitions across EU member states, but these were not yet implemented at the time of writing and many calls have been made for further action by the EU in this area. The use of the internet to buy and sell drugs is another area of concern to policymakers. Again, steps to tackle this are included in the 2012–16 Action Plan, but it is an area that will continue to require fresh thinking at an EU level, with traditional law enforcement approaches unlikely to be effective.

The 2012–16 Action Plan and the 2012–20 Drugs Strategy do not seem to have coincided with a widespread improvement in the drugs situation in the EU, with drug demand and drug-related deaths continuing to increase. However, the added value of these documents lies in articulating a consensus across EU member states, and providing an evidence-based and balanced model for drug policy. The Strategy is a template for all EU member states and can be used as a guide for effective drug policy on the international stage.

Emma Disley is an Associate Research Group Director at RAND Europe and Kristy Kruithof is a former analyst at RAND Europe. They were two of the authors for the report “Evaluating the EU Drugs Strategy (2013–2020) and Action Plan on Drugs (2013–2016).”

This commentary originally appeared on E!Sharp on January 8, 2018. Commentary gives RAND researchers a platform to convey insights based on their professional expertise and often on their peer-reviewed research and analysis.