Building Understanding of the Mental Health Challenges in the Construction Industry 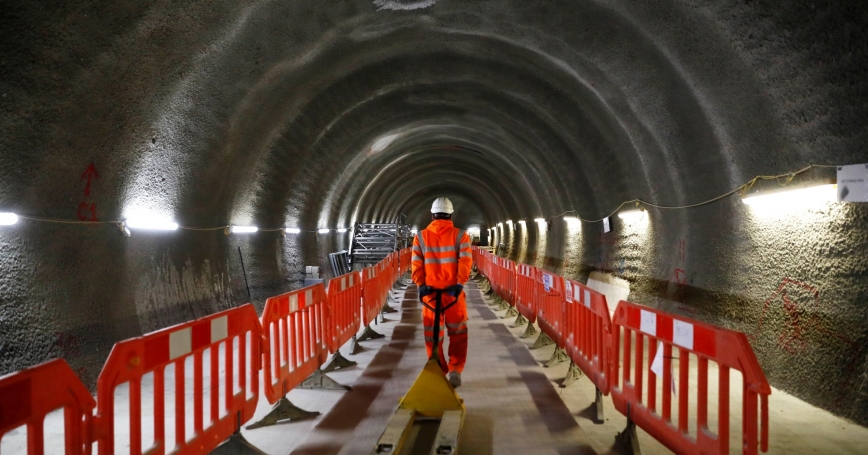 A construction worker drags a trolley down a tunnel at the site for the new Crossrail station in Tottenham Court Road, in London, Britain, November 16, 2016

by Michael Whitmore and Joscelyne Shaw

Over six million working-age people have mental health problems in the UK, but only 40 per cent of those seek help. It's time to do more.

The recently published Stevenson/Farmer review of mental health and employers for the UK government reaffirmed the significant costs of mental ill-health to organisations. According to the review, poor mental health costs employers between £33 billion and £42 billion a year, with an annual cost to the UK economy of between £74 billion and £99 billion.

Over six million working-age people have mental health problems in the UK, but only 40 per cent of those seek help.

Over six million working-age people have mental health problems in the UK, but only 40 per cent of those seek help and an even smaller amount, 24 per cent, receive treatment. Too often, there is not the proper awareness that support is available.

This problem is particularly relevant to the construction sector. Many indicators suggest that the workforce could be at an even greater risk of mental ill-health than other sectors, but awareness of support and help remains extremely low.

The construction sector has many characteristics that could affect the mental health of its workforce. This year, through RAND Europe's work with VitalityHealth's Britain's Healthiest Workplace Survey and the work of Mates in Mind, we identified clear messages from those working in the construction sector that they are experiencing significant mental health challenges in the workplace.

The Britain's Healthiest Workplace survey results showed that unrealistic time pressures, working irregular hours, fatigue and feelings of isolation are the most pronounced challenges for the sector. Half of the survey respondents from construction companies reported above average levels of fatigue at work, while a third reported higher rates of isolation at work, which could be caused by working solo on a particular task like operating a crane.

However, there was also high variance in the survey results across different construction companies in the sector. The variation was noticeable in areas such as financial concerns, work related stress and unrealistic time pressures, where some respondents from construction companies reported far higher problems. This pattern suggests that there is an opportunity to acknowledge and learn from the differing cultures and sub-sectors within the construction industry, reducing some of the variance across the sector.

The workplace is not always the cause of mental ill-health among staff, but can provide the solution to improved health and wellbeing. A wide range of professionals that include those from learning and development, HR, occupational health ands Safety and health and environment are coming together to meet the challenge of establishing and supporting initiatives designed to improve the mental health of employees.

Awareness of…health and wellbeing initiatives is low in the construction sector.

Interestingly, sleep disorder screening was available at 16 per cent of construction organisations compared to the survey average of nine per cent. However, only 0.4 per cent knew about it and none of the respondents had accessed it. These findings suggest that improved communications could help workers know and use what is available.

It is clear that workers in the construction industry are vulnerable to mental ill-health. A starting point for any organisation looking to address mental health problems among staff is recognising the key drivers that cause anxiety, depression and other mental ill health conditions, and understanding the mental health challenges within the organisation.

Michael Whitmore is a research leader at RAND Europe, a not-for-profit research organisation. Joscelyne Shaw is Executive Director of Mates in Mind, a charitable programme launched by the Health in Construction Leadership Group in 2017 to improve and promote positive mental health within the construction industry.

This commentary originally appeared on Building Magazine on January 8, 2018. Commentary gives RAND researchers a platform to convey insights based on their professional expertise and often on their peer-reviewed research and analysis.