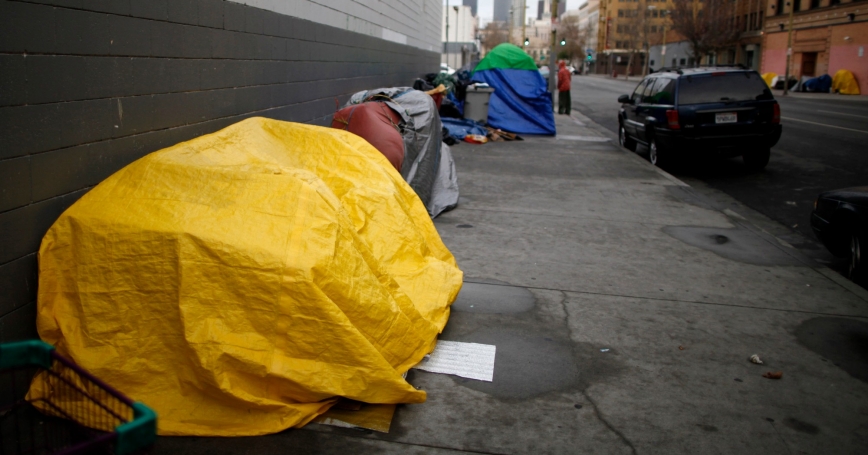 Homelessness is often seen as a persistent and intractable problem. According to the latest statistics, over 553,000 people experience homelessness on any given night in the U.S. The problem is especially acute in California, where approximately 24 percent of those experiencing homelessness live, and especially in Los Angeles County, where on an average night, an estimated 55,000 people—almost 10 percent of the national total—are homeless. In addition, LA County has the highest population of unsheltered homeless, or individuals living in places not meant for human habitation.

In 2012, Los Angeles County's Department of Health Services launched a program to address homelessness among the population they served. Called Housing for Health, the program targets homeless individuals who were identified by their frequent use of county health care services. The program aims to provide long-term, affordable rental housing coupled with intensive case management services that link individuals with the kind of health and social services needed to sustain independent living. Unlike some programs that make people undergo treatment or receive services first, the LA program offers housing first in an attempt to give participants stability, which in turn helps them benefit more from services. Such programs have been implemented elsewhere—San Francisco, for instance—and have led to greater housing stability and oftentimes lower use of intensive health care services.

In 2014, my colleagues and I at the RAND Corporation began studying the impact of the Housing for Health program on participants' health and the use and costs of county services. Our study examined the first 890 participants who were enrolled during the first 2-1/2 years of the program. We examined participants' use of county services in the year prior to housing and compared it to the use of services one year after being housed. Information from six county service departments, including health, mental health, substance use, jail and probation services were examined.

Housing for Health Lowers Costs and Use of Services

After moving into permanent supportive housing, residents' use of county services dropped substantially. In particular, the use of health care and mental health care declined the most, with fewer inpatient stays, emergency room visits and less use of acute mental health care. The number of months that participants received cash subsidies also declined. Although the number of arrests dropped, there was an increase in the number of days spent in jail in the post-housing period.

The county's costs went down, too, by nearly 60 percent. Health service agencies saw the largest reductions, with the Department of Health—the provider of emergency, hospital and outpatient services—seeing a reduction of about $20 million in spending after the participants' first year in the program.

Even after taking into account the costs of supportive housing, our research found that the Housing for Health program produced a net savings for the county. County service costs were on average $38,146 per participant for the year prior to housing and fell to $15,358 for the year after being housed. The average one-year housing costs were $15,288. Taken together, the total service costs for the year after being housed were 20 percent lower than the pre-housing year. In other words, for every $1 invested in the Housing for Health program, the county observed a $1.20 savings in health care and other social service costs during the participants' first year being housed.

Since the launch of the program, the Department of Health Services has made over 3,500 housing placements. Future research will need to look at whether the savings change as more people enroll in the program and whether the costs-versus-savings change over time for those enrolled in the program. We should also caution that our study examines only services associated with six county departments over a two-year period, and may not represent a full accounting of all potential costs and benefits. Also, a more rigorous research design, such as one that compares people who receive permanent supportive housing to similar people who do not receive such services, might provide better evidence of the impact of the housing-first approach on service utilization and costs.

But based on our research, Los Angeles County's Housing for Health program addresses an important public health issue by providing housing and supportive services to some of the most vulnerable individuals in our community. The program not only provides the support so that 96 percent remain stably housed, but it also results in a reduction of intensive health care, resulting in a cost savings to taxpayers. Whether Los Angeles can find a way to effectively scale the program to meet the huge need out there is another question.

Sarah B. Hunter is a senior behavioral scientist at the RAND Corporation and a professor at the Pardee RAND Graduate School.

This commentary originally appeared on USC Annenberg Center for Health Journalism on January 17, 2018. Commentary gives RAND researchers a platform to convey insights based on their professional expertise and often on their peer-reviewed research and analysis.