On any given night, more than 553,000 people — a number greater than the population of Tucson, Arizona — experience homelessness in the United States. The problem is especially acute in California, where approximately 24 percent of those experiencing homelessness live, and in Los Angeles County, which has more unsheltered homeless individuals than any other U.S. city or county. Based on 2017 data, on an average night in Los Angeles County, an estimated 55,000 people are homeless — almost 10 percent of the national total of individuals experiencing homelessness (see Figure 1).

Homelessness Is a Public Health Problem

Homelessness has a key public health dimension. People who experience homelessness are far more likely than the general population to suffer from serious mental illness, chronic medical conditions, and substance use disorders. Furthermore, the conditions of homelessness contribute to poor health. People experiencing homelessness are also more likely to face extended gaps in access to care, which may lead to frequent hospitalizations for mental and physical health problems and visits to emergency rooms.

As a result, health care constitutes the largest share of public spending on homeless individuals. A large study of health care use among homeless populations in Toronto found that health care costs for that city's homeless population totaled $6.7 million per year, compared with $2 million per year among a matched sample of people with housing.[1] Similarly, in Los Angeles County, health care costs represent the largest share of public spending on those experiencing homelessness. Of the $965 million the county spent on homelessness in fiscal year 2014–2015, 60 percent (approximately $579 million) went to health-related services. More than half of this amount was spent on mental health and substance use treatment services. Prior research suggests that a relatively small number of long-term homeless individuals with complex health needs may account for a disproportionate share of this service use and spending.

Figure 1. The Extent of Homelessness in the United States 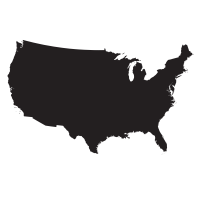 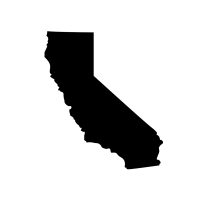 of the U.S. homeless population lives in California 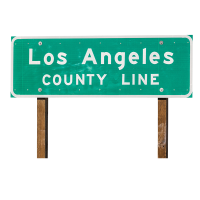 homeless individuals in Los Angeles County on a given night (approximately 10% of the U.S. homeless population)

Housing for Health, a division of the Los Angeles County Department of Health Services, launched a permanent supportive housing program to address the housing and health care needs of the homeless population. Modeled on successful initiatives in other cities, the program provides long-term, affordable rental housing and intensive case management that links people experiencing homelessness to health and social services that support sustained independent living. Unlike programs that make housing dependent on service use, the program offers housing first in an attempt to give participants stability that helps them benefit from services. The program targets frequent users of health care services among the population experiencing homelessness in Los Angeles County.

Housing for Health Reduced Health Care Use and County Costs

The associated service costs for participants declined by nearly 60 percent. In the year before they received housing, participants received public services that cost an average of $38,146 per person. That total fell to $15,358 after one year of housing.

After taking into account the costs of permanent supportive housing, the program produced a net savings of about 20 percent — for every $1 invested in the program, Los Angeles County saved $1.20 by reducing health care and other social service costs. These results have an important limitation: They measured only services associated with six county departments over a two-year period and are not a full accounting of all potential costs and benefits of the supportive housing program. However, they show that the program saves the county money, a finding that analysis employing a more rigorous causal method will need to confirm.

On entering the program, participants reported significantly lower physical and mental health functioning than the general population, based on national data. More than one-third met the criteria for a physical disability, and 88 percent had co-occurring physical and behavioral health conditions.

After a year of housing, participants reported significant improvements in mental health functioning; however, physical health functioning was largely unchanged. Physical functioning health scores were consistent with those reported by older, non-homeless people experiencing multiple chronic conditions. These findings suggest that the program serves a population with complex, chronic health needs who may require long-term support, such as the support provided by the Housing for Health program.