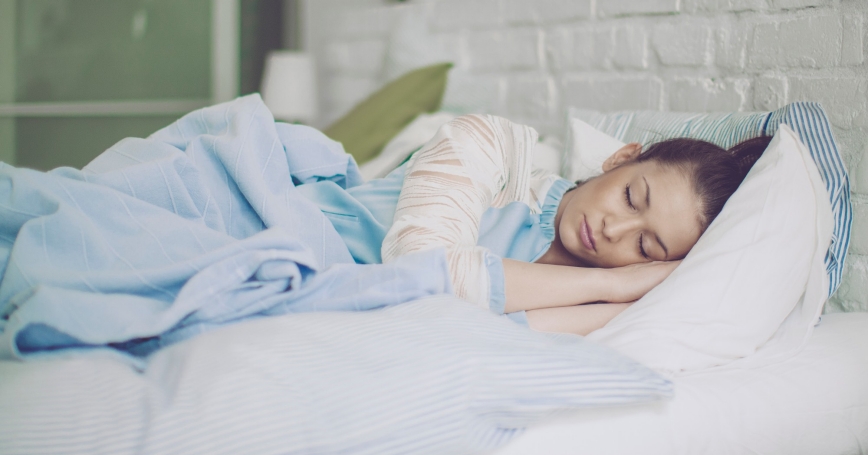 The UK has a productivity problem. Productivity growth has seen its weakest decade since the 1820s — despite a boost in the third quarter of last year.

The most recent UK Budget, in November 2017, highlighted longstanding productivity problems with the economy. In response, Chancellor Philip Hammond increased the size of a national productivity investment fund to £31bn, in an attempt to improve the efficiency of the country's workforce.

Yet, while building people's skills and investing in infrastructure can help boost productivity, the UK's problems could also be solved by a strategy that focuses closer to home — in the bedroom, to be exact.

The UK loses hundreds of thousands of working days due to insufficient sleep, costing the economy £40bn each year.

Research from a RAND report shows people who sleep fewer than six hours a night are 2.4 per cent less productive than those who get between seven and nine hours. Overall, the UK loses hundreds of thousands of working days due to insufficient sleep, costing the economy £40bn each year, or almost 2 per cent of gross domestic product.

These numbers might contradict countless stories about the very successful businesspeople, chief executives and heads of state who have claimed to get by on little or no sleep. However, it is likely that these famous sleep-deprived overachievers are statistical outliers.

In reality, the science shows that just 1 per cent of the global population are naturally short sleepers. These people really do only need six hours sleep or less a night to feel genuinely refreshed. For the rest of us, between seven and nine hours is the healthy range.

There are two main causes of productivity losses at work. The first is absenteeism, when people simply don't show up to work. This could be due to illness, as insufficient sleep increases the risk of infectious diseases like colds or flu. The second is presenteeism — when people do show up, but do not work to their full potential. They might be nursing a mild illness, a headache or finding it hard to concentrate because they are overtired.

The consequences of sustained sleep deprivation can be serious. Insufficient sleep is linked to a higher mortality risk. A person who sleeps on average fewer than six hours a night has a 13 per cent higher mortality risk than one who sleeps between seven and nine hours. They are more likely to have serious health problems such as heart attacks and more likely to be involved in an accident, such as a car crash.

This risk reduces a country's labour population and degrades skills and competence. Even when workers are replaced with new hires, productivity suffers. When starting a new job, it is almost impossible to be as effective and productive as you will become later on.

What is to be done? Very small changes could make a big difference. If people that sleep fewer than six hours a night increased to six or seven hours on a regular basis the resulting productivity boost could add £24bn to the UK economy. It is not up to the government or employers to tell people when to go to bed, but the businesses can take significant steps to support sleep.

These do not have to be adventurous, high-cost initiatives, such as installing Google-style “nap rooms.” They can be as simple as discouraging excessive use of electronic devices outside work, or imposing a cut-off time for work-related emails. Businesses could also try to reduce employee stress and avoid setting unrealistic time pressures and deadlines. People who report stress at work sleep less at night than those reporting low stress. There is also a strong link between long commutes and less sleep. Flexible working could help.

It is clear the UK has a productivity problem that could get worse. But working more and sleeping less does not seem to be the answer. Encouraging workers to have a longer lie in, even a little, could be part of the solution. The saying “let's sleep on it” has never been more apt.

Marco Hafner is a senior economist at RAND Europe.

This commentary originally appeared on Financial Times on February 15, 2018. Commentary gives RAND researchers a platform to convey insights based on their professional expertise and often on their peer-reviewed research and analysis.