Engagement with North Korea: Small Steps May Matter More Than Big Ones 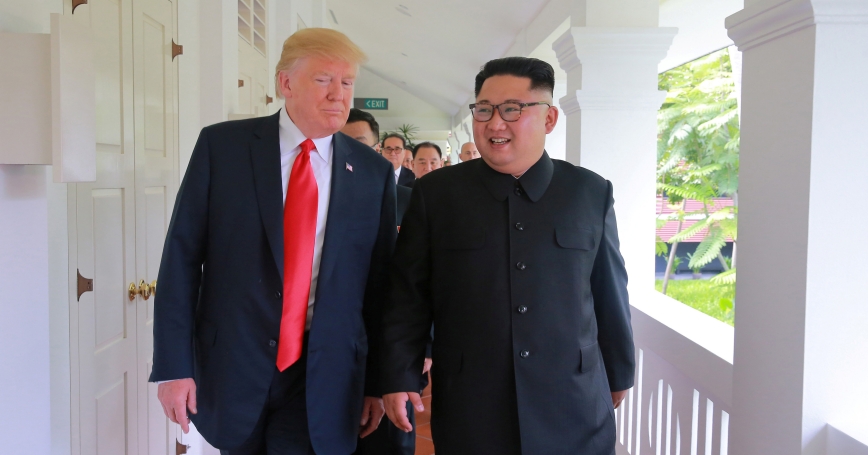 The second summit between U.S. President Donald Trump and North Korean leader Kim Jong Un is scheduled for February 27 and 28 in Vietnam. What can be expected?

The first summit, held in Singapore in June 2018, produced some small, quick, and positive gains, notably reducing the heightened tension of the time. The provocative rhetoric between Trump and Kim has since been muted. The United States canceled its usual joint military exercises with South Korea, which were later resumed but on a smaller scale. North Korea closed its Punggye-ri nuclear test site and returned the remains of 55 U.S. soldiers killed in the Korean War. Pyongyang also has kept its promise not to carry out nuclear and missile tests.

From those hopeful beginnings, however, the two countries soon reached a stalemate. The fitful discussions between the two sides since June have not resulted in any progress on three key issues: denuclearization, a peace treaty, and the removal of sanctions on North Korea. Meanwhile, there are reports that North Korea has continued producing nuclear weapons.

Why was more substantial progress not achieved? It seems evident that America's quest for the largest prize, North Korea's denuclearization, has been holding hostage every other potential outcome. Yet it should have been obvious from the start that this prize could never be won as the first outcome of negotiations. Washington apparently thought it was possible to achieve denuclearization first in return for promises of other gains down the road. As could have been expected, trying to convince a regime that fears a U.S. invasion to verifiably denuclearize in return for promises was a flawed approach.

Trust-building takes time. If this fundamental premise is accepted, working-level negotiations could focus not on the big outcomes but on the incremental ones. As long as the incremental steps move both sides toward the final outcomes over a longer period, trust in the other's willingness to cooperate could grow on both sides.

Even agreeing to small measures is no easy task. An obvious first step would be to open up limited trade with North Korea for a determined period of time in return for a stop to new weapons production. But even this step could entail questions about verification and reciprocity. Further, each side might need to accept losses as well as gains. For this reason, it may be better to combine multiple small measures into an agreement rather than search for win-win measures one at a time. Such a combination is more likely to contain enough gains for each side from some measures to justify accepting losses on other measures.

A summit then could be viewed as just another small step along the way to the desired final outcomes. The role of leadership at a summit would be to review the progress made since the previous summit and agree on a new set of steps—including holding the next summit.

The development of relations between the two Koreas last year showed that short-term approaches can lead to real breakthroughs.

The development of relations between the two Koreas last year showed that short-term approaches can lead to real breakthroughs. In his 2018 New Year's address, Kim proposed sending a delegation to the Winter Olympics in Pyeongchang, South Korea. This small beginning was quickly followed by the re-opening of the hotline between Seoul and Pyongyang, which had been shut for nearly two years. At the February Winter Olympics, the Koreas marched together in the opening ceremony and fielded a common women's hockey team. By April, cultural exchanges had begun, and the propaganda war at the border had been stopped by both sides. In the April leadership summit, Kim and South Korean President Moon Jae-in agreed on specific measures with corresponding timelines, including reaching the end-of-war declaration within a year and connecting railways between the two countries. By July, the two countries had agreed on the establishment of a maritime peace zone and a withdrawal of troops and firearms from the demilitarized zone. In November, with UN approval, the two countries launched a feasibility study of new rail infrastructure to connect the two countries, and a South Korean train crossed over into North Korea on a test run. Throughout this period, the two leaders met three times—in April, May and September—and have agreed to continue meeting in 2019. Their summit meetings were used to ratify the next steps until the subsequent summit, rather than serving as the last stage in the process.

Initially, these steps seemed small. Yet, the progress achieved by November would have been unthinkable less than a year earlier, when Kim Jong Un proposed his country's participation in the Winter Olympics.

Kim Jong-Un has said he would like North Korea to become a “normal” country. Agreeing on a series of short-term measures over a period of time could reveal the truthfulness of his statement as much as large measures could, and it could pave the way to eventually achieving the larger goals. The goal of the upcoming Trump-Kim summit could be to think small.

Rafiq Dossani is director of the Center for Asia Pacific Policy and a senior economist at the nonprofit, nonpartisan RAND Corporation. Heejin Kim is an assistant policy researcher at RAND and a Ph.D. candidate at the Pardee RAND Graduate School.

This commentary originally appeared on RealClearWorld on February 20, 2019. Commentary gives RAND researchers a platform to convey insights based on their professional expertise and often on their peer-reviewed research and analysis.