Is It Time to Abandon the Term Information Operations? 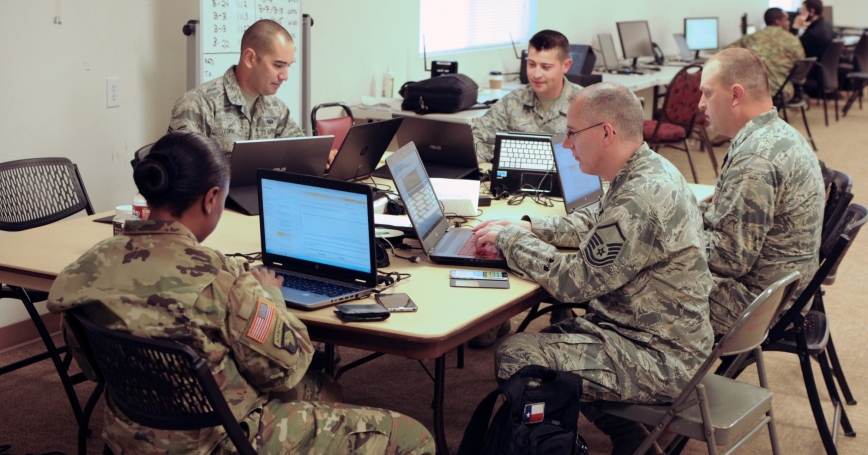 The current groundswell of interest in and attention on information within the U.S. Department of Defense is unprecedented. Information has been elevated to the status of a joint function, joining the six traditional functions of command and control, intelligence, fires, movement and maneuver, protection, and sustainment. The Marine Corps has created a Deputy Commandant for Information, and established information groups within the Marine Expeditionary Forces. The 2016 Department of Defense Strategy for Operations in the Information Environment (PDF) led to the Joint Concept for Operating in the Information Environment (PDF)and a formal, capabilities-based assessment. We have seen repeated acknowledgment of the importance of information in military operations by Department of Defense senior leaders. In the words of the Chairman of the Joint Chiefs of Staff General Joseph Dunford, information must be baked into joint force thinking “from the ground up.”

The codification of information as a joint function in Joint Doctrine through Joint Publication 1 Change 1, Doctrine for the Armed Forces of the United States (PDF), Joint Publication 3-0 Change 1, Joint Operations (PDF), and the change recommendations resulting from the Operating in the Information Environment Capabilities-Based Assessment, have laid out a path toward changing how the joint force thinks about the role of information in operations and how it plans the use of information in operations. These advances also create an opportunity to change how the joint force talks about information—a chance to remove some of the ambiguity from the information-related lexicon and get it closer to right. In the future, information concepts and terms should be clearly understood across the joint force, and information should become a fully valued and routinely employed tool in commanders' combined arms toolboxes.

The new joint function, new strategy, and new concept have brought new terms, and that is good. The new joint function, information, provides the fundamental principles and guidance for the management, application, and integration of information with other joint functions. Operations in the information environment are the sequence of actions with the common purpose of affecting the perceptions, attitudes, and decision making of relevant actors. This is the new way to talk about the tasks, activities, and actions the joint force undertakes to set conditions and seek advantage in and through the information environment.

Some elements of the lexicon remain strong: Joint Operations updates the description of the information environment (PDF) to note that it “comprises and aggregates numerous social, cultural, cognitive, technical, and physical attributes that act upon and impact knowledge, understanding, beliefs, world views, and, ultimately, actions of an individual, group, system, community, or organization.”

However, some familiar terms are absent from revised doctrine and new concepts. Most notably absent is information operations. Doctrine appears to have moved away from the term without formally removing it or explicitly replacing it.

One step toward improving the way the joint force talks and thinks about information is simple: change the lexicon. The Department of Defense could do away with information operations as a formal term and allow it to fall to its colloquial meaning. The subsequent steps are more complicated, and there are several possible ways forward.

The Department of Defense could relabel the planning and integrating task currently called information operations with a term more clearly bounding it as a staff function. However, other than reducing opportunities for confusion, this would not change much. Changing what the planning and integrating of information activities is called would not drive progress toward meeting General Dunford's requirement that information be baked into joint force thinking from the ground up. The Joint Concept for Operating in the Information Environment and the addition of information as a joint function both require bigger changes to joint thinking and processes than just adjusting some of the relevant terminology. The joint force must consider bigger changes.

In the defense information community of interest, there are ongoing conversations on the need for and possible shape of future information forces. Under this notion, no longer would the various tribes of capabilities for leveraging information be diverse, independent, and isolated from each other by different chains of command; they would be unified and centralized as information forces, belonging to a centralized structure and sharing certain core knowledge, skills, and abilities. In such a model, capability-specific specialist knowledge and expertise would remain, and the planners and integrators of operations in the information environment would be drawn from this community. Further, they would not only share the same baseline knowledge and skills, but would also be in the same chain of command as the capabilities providing formal authority to task information forces. This would differ from the current structure where one of the challenges facing information integrators is integrating through “askers” rather than “taskers,” since traditional information operations staffs do not own or assert direct authority over most of the capabilities they are called upon to integrate.

Christopher Paul is a senior social scientist at the nonprofit, nonpartisan RAND Corporation. He is the author of “Information Operations Doctrine and Practice: A Reference Handbook” and several other works on what may or may not be called information operations in the future.

This commentary originally appeared on Strategy Bridge on March 11, 2019. Commentary gives RAND researchers a platform to convey insights based on their professional expertise and often on their peer-reviewed research and analysis.