Estimates of COVID-19's Fatality Rate Might Change. And Then Change Again. 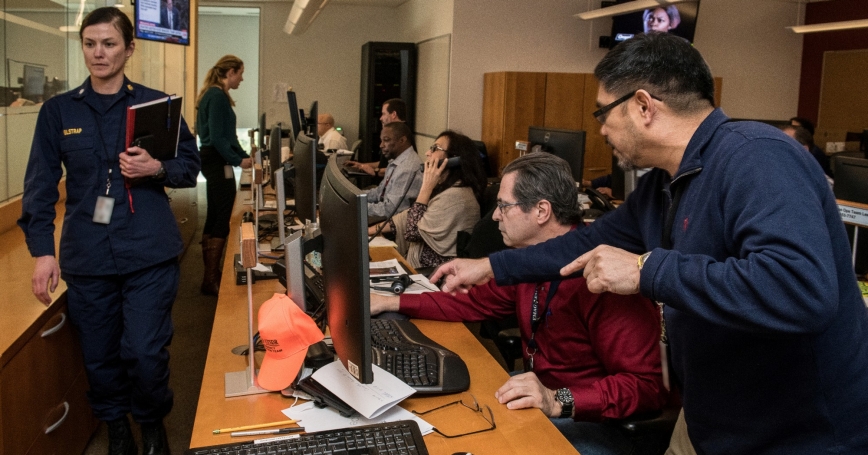 by Raffaele Vardavas, Courtney A. Gidengil, Sarah A. Nowak

With infections of the new coronavirus confirmed now in 114 countries or regions, people around the world are following the daily tally of COVID-19 cases, wondering exactly how lethal this new disease is.

The truth is, it's hard to know. An important measure of the deadliness of a disease outbreak is the case-fatality rate (CFR). The CFR is the ratio of the number of deaths attributed to a disease to the total number of confirmed cases. For example, a disease with two deaths out of 100 confirmed cases has a CFR of 2 percent.

Media outlets often imply that the ratio of current deaths to all current cases is the case-fatality rate, but it's not. The case-fatality rate can only be calculated based on finalized cases in an outbreak—that is, once all patients have either recovered or died.

But early in an outbreak, even good estimates of the CFR can be too high—or too low.

The primary reason why the CFR may overestimate the probability of death is that the number of confirmed diagnosed cases is likely an undercount of the true number of infections. This problem is known as ascertainment bias, which is to say that the medical system is much more likely to confront and diagnose severe cases and deaths than mild ones. Again suppose there were two deaths out of 100 resolved cases (people recovered or died)—but that an additional 50 mild cases have gone undetected. That means that while the CFR is 2 percent, the percent of all cases who have died is 2/150 = 1.3 percent.

Early in an outbreak, even good estimates of the case-fatality rate can be too high—or too low.

This is why even as some reports from China say the death rate is 3.4 percent for known cases, medical experts such as Tom Frieden, former director of the Centers for Disease Control and Prevention, say that number is “certainly an overestimate” and expect a global rate below 1 percent.

At the same time, CFR numbers can also underestimate the probability that an individual who contracts a disease will die from it. During the 2003 SARS outbreak, for instance, the CFR was estimated to be about 4 percent. However, by the end of the outbreak, the CFR was found to be much larger—just under 10 percent.

Underestimates can occur when there is a large number of unresolved cases—individuals who have neither recovered nor died. Returning to our simple example where there are 100 confirmed cases, suppose that of those 98 surviving individuals, 38 have fully recovered, but 60 are still sick. Some of those 60 individuals could still die of the disease in the future, increasing the case-fatality rate.

This is an example of statistical right censoring. It's a known issue with CFR estimates that becomes particularly problematic in the early stages of an epidemic of a highly transmissible disease when the number of new cases is growing rapidly.

What does all this mean when trying to interpret the case-fatality rates reported for COVID-19?

An initial study from China analyzing COVID-19 cases reported as of Feb. 11 found an estimated case-fatality rate of 2.3 percent. Just a month later, as of March 10, in mainland China there were 3,136 deaths and 80,757 COVID-19 cases, giving an estimated case-fatality rate of 3.8 percent. A variety of factors could have caused the upward change in fatality-rate estimates, but it is likely partially attributable to the deaths of individuals whose cases were previously unresolved.

The case-fatality rate was zero in the United States until the first U.S. death was reported on Feb. 29. As of March 11, it was 36 deaths of 1,291 cases, or an estimated CFR of 2.8 percent. But only eight cases are resolved.

Still, there's reason to suspect that these rough early CFR calculations are, in fact, overestimating the probability that an individual who contracts COVID-19 will die from it. Reports suggest significant ascertainment bias for COVID-19: Approximately 80 percent of confirmed cases are mild. There may be many cases with very mild symptoms that have gone completely undetected.

Regardless of what the final CFR ends up being, the public needs to understand how and why these figures evolve and change over the course of an outbreak. That will enable more transparent reporting on the part of media and policymakers, and ultimately help to avoid erosion of trust.

Raffaele Vardavas is a mathematician at the nonprofit, nonpartisan RAND Corporation whose expertise is constructing and analyzing epidemic models for the spreading of infectious disease. Dr. Courtney Gidengil is a policy researcher at RAND, a faculty member in the division of infectious diseases at Boston Children's Hospital, and an assistant professor of pediatrics at Harvard Medical School. Sarah Nowak is an adjunct information scientist at RAND and an assistant professor of health sciences research in the Larner College of Medicine at the University of Vermont.