New START Is Not NAFTA 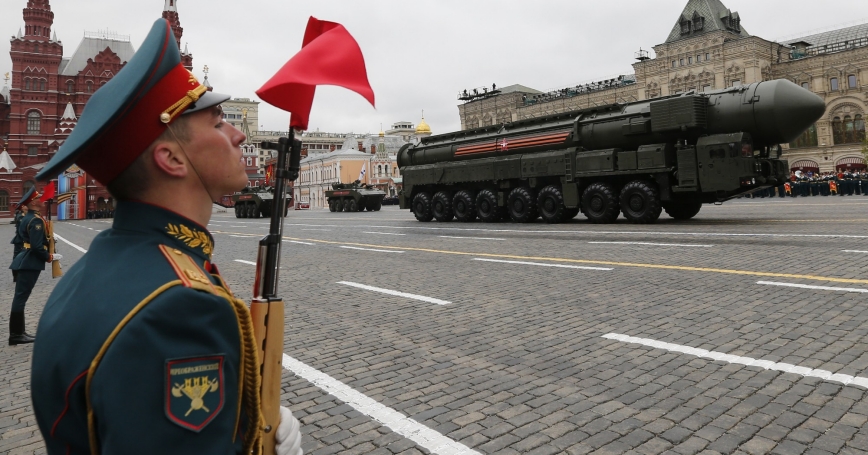 by William Courtney and John Lauder

President Trump seems to dislike the 2010 New START Treaty with Russia that reduces long-range nuclear arms. He may seek a different deal, as he did in renegotiating the 1994 North American Free Trade Agreement. But this succeeded because America had predominant leverage and Canada and Mexico are friends. Neither holds true with Russia. Extending New START, which expires next February, could be prudent.

If New START were not extended, Russia could quickly add hundreds of nuclear weapons onto heavy ballistic missiles. Possessing hot production lines, Russia could also churn out new road-mobile missiles. Of added concern, it may be increasing reliance on nuclear weapons (PDF) and emphasizing possible coercive uses (PDF). This said, Moscow can ill-afford costly nuclear competition. Russia is beset by a stagnating economy and declining living standards, and now faces low oil prices and COVID-19 risks. Economic damage could put pressure on both countries' arms budgets, but with a much smaller economy, Russia may face harder choices.

In an expanded treaty, Trump may seek to limit non-strategic, shorter-range nuclear weapons, of which Russia could have a stockpile of 2,000. He may try to constrain exotic new weapons, such as hypersonics, whose inclusion could pose technical challenges. Finally, Trump appears to want an accord that encompasses Chinese nuclear forces, which are an order of magnitude smaller than Russia's or America's. China has long opposed participation in U.S.-Russian nuclear negotiations. Achieving all these goals, if even possible, could take much longer than the 11 months remaining in New START unless it were extended.

New START's negotiated monitoring provisions coupled with those from predecessor agreements are a major reason why they reduce risks of strategic miscalculation and cheating.

Transparency is at the heart of New START. Its negotiated monitoring provisions coupled with those from predecessor agreements are a major reason why they reduce risks of strategic miscalculation and cheating.

Second, mandated data declarations, inspection access and noninterference with “national technical means” (satellites, ground-based radars and other surveillance platforms) are essential to building confidence in compliance with the Treaty. In their absence, maintaining strategic awareness and warning would require expensive increases in U.S. intelligence efforts. Even then, much critical information would still be accessible only through New START's negotiated measures.

Third, New START is the last remaining accord with Russia that requires noninterference with national technical means. Strategic uncertainty would be more dangerous if norms against interference with remote technical intelligence assets were undermined.

Fourth, monitoring relies on synergies among negotiated measures, international inspections, national intelligence means and public information. They are buttressed by innovative tools for resolution of anomalies and disputes. Together, these instruments help detect and deter any militarily significant noncompliance with New START.

As U.S.-Russian relations have deteriorated and uncertainty and suspicions have grown, monitoring insights have become even more important for verification of Treaty compliance. They enable a deeper understanding of force capabilities, strategic postures and potential risks or misunderstandings.

The definitional, monitoring, verification, and consultative provisions of New START—comprising 340 pages—could not be quickly replicated in a new, expanded agreement. The texts were carefully written to safeguard extraneous national security, economic, and commercial proprietary information. Nearly every word was debated extensively in a process that engaged hundreds of experts and took years to formulate through successive agreements.

Obtaining China's acceptance of intrusive monitoring would be a daunting if not impossible task in the absence of Chinese participation in the years of dialogue and technical exchanges that underlie the monitoring provisions in New START.

Every successful strategic arms accord was reached when relations between Washington and Moscow had eased or were improving—the 1972 SALT I accords fueled by détente, the 1994 START I Treaty negotiated under liberalizing Kremlin leaders Mikhail Gorbachev and Boris Yeltsin, the 2002 SORT Treaty concluded in the early Putin era and the New START Treaty that benefited from a “reset” of relations.

These conditions do not exist today. Current relations are frigid. If New START were to lapse, hardliners in today's Kremlin may seek even to degrade the transparency provisions in New START. The United States would be heading in the opposite direction if it were to seek to constrain nonstrategic arms, whose smaller size could require more intrusive monitoring.

The good in New START may be the enemy of the perfect in any new accord that would likely be out of reach anytime soon. Five more years of New START could provide time for development of new concepts or more accommodative politics that might bring about a further reduction of nuclear dangers.

William Courtney is an adjunct senior fellow at the nonprofit, nonpartisan RAND Corporation. He was U.S. ambassador to Kazakhstan, Georgia and the U.S.-Soviet Commission to implement the Threshold Test Ban Treaty. John Lauder is an independent consultant and retired senior intelligence officer. He was chief of the Intelligence Community's Arms Control Intelligence Staff and Nonproliferation Center and a deputy director of the National Reconnaissance Office.

This commentary originally appeared on The Hill on April 7, 2020. Commentary gives RAND researchers a platform to convey insights based on their professional expertise and often on their peer-reviewed research and analysis.