Don't Waste This Crisis: How America Can Begin Building a System of Health 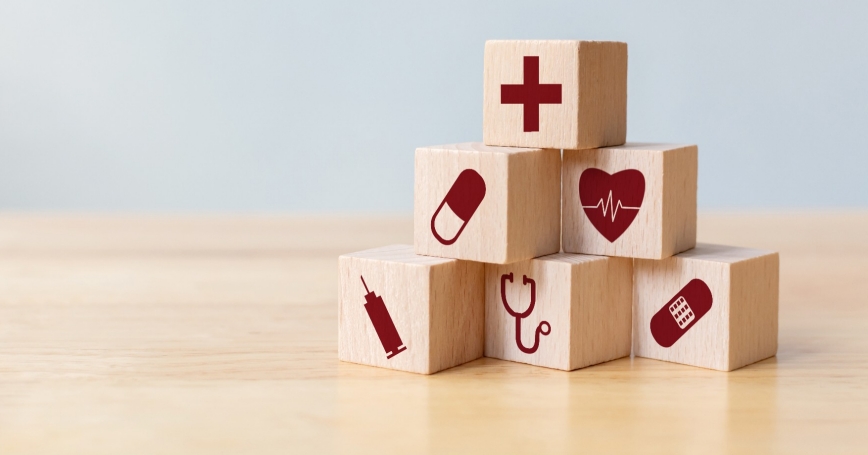 COVID-19 is shining a harsh spotlight on long-recognized but under-addressed gaps in the U.S. health system. In addition to the shortages of ventilators and personal protective equipment, trained staff, and other resources needed to handle a dramatic surge in patients requiring life-sustaining care, this crisis is also calling out critical gaps in a wide range of non-clinical factors that impact the health of individuals, our communities, and our country.

America's current national health systems invest large sums of money to provide health care services but still lack comprehensive and coherent systems for generating and sustaining health or engaging the many sectors that relate to the social and economic drivers of health such as food, housing, transportation, and education. There may never have been a more pressing time to think differently, broadening from health care services to a health-producing System of Health.

We conceptualize a System of Health as those systems or parts of systems that strongly interact to produce health. We include both upstream drivers of health that mitigate health problems (i.e., social determinants of health), as well as those systems that produce health gains. This means consideration of the relevant linkages and interdependencies among sectors such as food and transportation, and their roles supporting health—particularly when that has not been their primary function. The COVID-19 pandemic highlights the need for these sectors to be more engaged in promoting individual and population health.

A Metaphor from the Last Global War

In times of crisis it is common to hear rallying cries for sweeping reform or calls for major investments. A common metaphor is the Marshall Plan, as some have called the stimulus plan and the need for investment in our health care infrastructure. The metaphor is compelling. As a large and strategic aid program the Marshall Plan helped Western European allies rebuild by investing in key infrastructure development that helped get Europe functioning again and preserved and supported freedom. But the Marshall Plan didn't work alone. Two years after its introduction, French Foreign Minister Robert Schuman introduced a plan to begin integrating the economies of Western Europe through a series of efforts that came to be known collectively as the Schuman Plan—an approach that resonates today.

The Schuman Plan was striking both for what was done, and how. It sought to create a new context for the continent oriented toward interdependence, cooperation, and solidarity. The initiative began with a cooperative arrangement between France, West Germany, and other Western European states over the mining and processing of coal and steel—the “tools of war.” This enabled the countries to rebuild economically while making war between them materially impossible. The cooperation led eventually to fuller economic integration and formation of a European Community, through new dynamics that drove peace, and then prosperity, through mutual reliance and cooperation.

As President Kennedy wrote Jean Monnet, one of the chief architects of the plan, “For centuries, emperors, kings and dictators have sought to impose unity on Europe by force. For better or worse, they have failed. But under your inspiration, Europe has moved closer to unity in less than twenty years than it had done before in a thousand.”

The key question is how was this done. The plan followed certain principles that are instructive today:

The work was organized as an independent effort, with involvement of key governmental and nongovernmental stakeholders such as government ministers and heads of state, leadership from industry, and labor unions among others. They engaged in ongoing efforts of analysis, design, and implementation of changes to system structure, aligning interests toward the key insight of peace and cooperation. A new process like the Schuman Plan could be created to build a System of Health.

As the nation moves quickly to respond, it could begin by engaging in the work of designing, defining, and building a System of Health. The task now, in the midst of the COVID-19 pandemic, would be to begin laying the groundwork by outlining the agenda for analysis, stakeholder engagement, design, and implementation. Schuman and his colleagues had the impetus of war to alter the path of economic and social structures. Today COVID-19 could provide that impetus to think about both system recovery and system transformation.